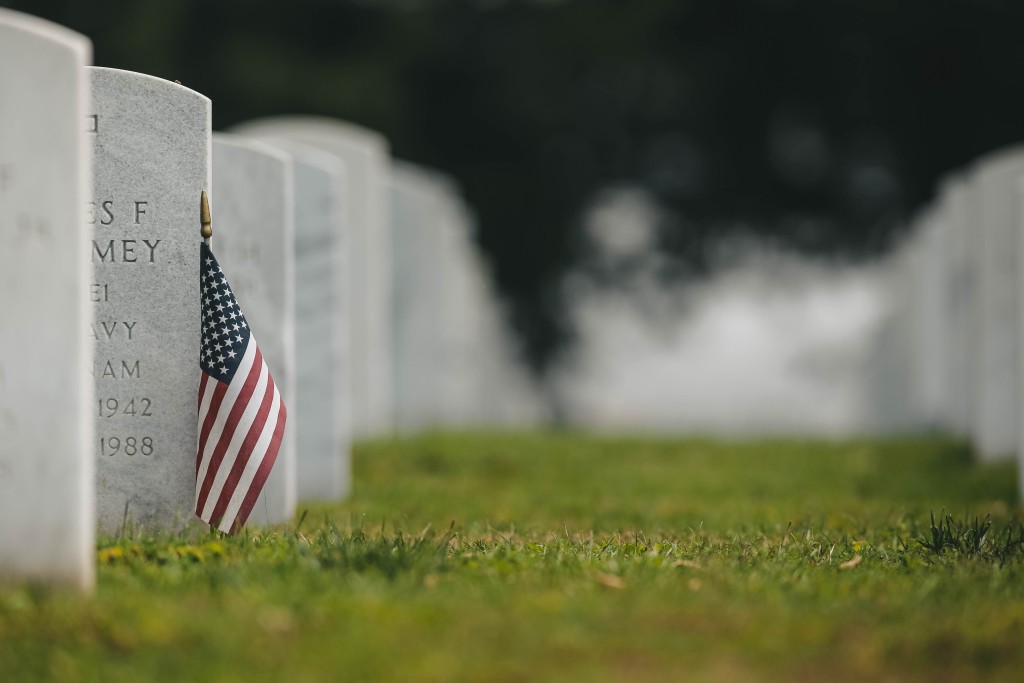 This Monday, May 30, is the Memorial Day observance across America. It is a national holiday that, for many, signals the start of summer. Others simply view it as a three-day weekend and a time for barbecues. They totally miss the importance of the day.

Memorial Day, originally called Decoration Day was started at the close of the Civil War. With more than 500,000 dead from that devastating national conflict, several states in the South began placing flowers on the graves of the slain soldiers; regardless of the side for which they had fought.

It gained wider recognition after World War I where more than 100,000 American soldiers gave their lives in the defense of freedom. It was as recent as 1971 that Memorial Day became an official national holiday on the last Monday in May. Every Memorial Day, the U.S. President lays a wreath at the Tomb of the Unknown Soldier and 280,000 flags are placed at the headstones in Arlington National Cemetery. Where Veteran’s Day honors those who have worn the uniform and served in our Armed Forces, Memorial Day honors those who made the ultimate sacrifice in defense of our freedoms.

On Memorial Day, I often think of my Uncle Vic. Victor Dale Fugate served as a Chief Aviation Electronics Technician in the U.S. Navy. On February 25, 1960 his flight crew was transporting 19 members of the Navy Band to Rio de Janeiro in preparation for a visit from U.S. President Dwight D. Eisenhower. As they approached the airfield on a foggy evening, their plane was involved in a mid-air collision with an unidentified Brazilian plane. My uncle, Vic (age 31) along with the other 37 passengers on board was killed. In a small chapel in Rio de Janeiro there is a stained-glass window commemorating those who sacrificed their lives in service to the country. This Memorial Day, I will remember him and them.

When the war on terror began after 9/11, the rallying cry was, “Remember and Never Forget.” It’s important to remember. Elie Wiesel writes, “Without memory, there is no culture. Without memory there would be no civilization, no future.” And so, I pray that you will take time this Monday, May 30 to remember the sacrifice of so many throughout the years who gave their “last measure of devotion” to protect the freedoms we enjoy.

Memorial Day for the believer also has an added dimension. As we commemorate the sacrifice of our military men and women, we also remember Jesus, the One who sacrificed His life for us. He paid the ultimate price for our freedom. 2 Corinthians 5:21 states, “God made Him (Jesus) Who had no sin to be sin for us, so that in Him we might become the righteousness of God.” NIV

Someone wrote, “We had a debt we could not pay… He paid a debt He did not owe. He rose from the grave that would have bound me forever.” That is the Good News worth remembering and celebrating!

For the Christian, every day should be Memorial Day. Remembering was so important to the Lord Jesus Christ that He instituted a “Memorial Meal” to remind those who follow Him. Every time we break the bread and drink from the cup, Jesus calls us to remember His sacrificial, vicarious, atoning death on the cross. The Lord’s Supper becomes a time of remembering, a time of commemoration, a time of appreciation, a time of examination, but most importantly, a time of proclamation.

As we celebrate Communion, we are preaching a sermon that could aptly be titled, “Remember and Never Forget.” May we fully appreciate all that this Memorial Day holds!