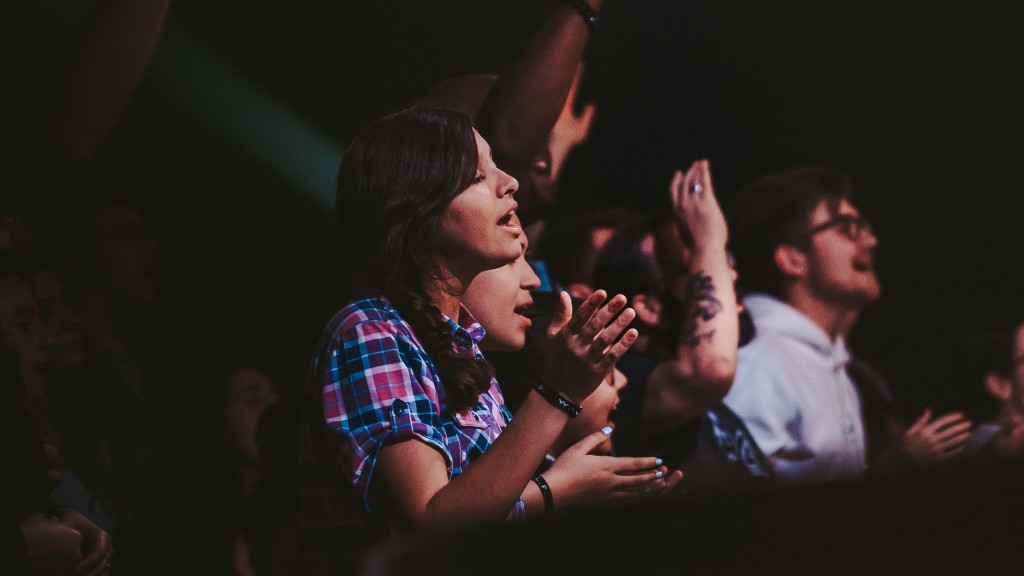 FRESNO—For more than a half century Racial Reconciliation Sunday has been observed in the Southern Baptist Convention and California Southern Baptists “have the special opportunity to display how the good news of Jesus brings racial reconciliation because we already are so ethnically diverse,” according to a Los Angeles area pastor.

D.J. Jenkins, pastor of Anthology Church in Studio City, said Racial Reconciliation Sunday slated for Feb. 27 is important because the Kingdom of God “is and will be made up of people from every tribe and language and people and nation” according to Revelation 5:9.

Kevin James, pastor of New Creation Bible Fellowship in Tracy and president of the California African American Fellowship, said, “Our God has given us the ministry of reconciliation … therefore, Racial Reconciliation Sunday is important because it reminds us that we have not arrived yet. I believe we all could do better and should do better for the cause of Christ.”

Rolland Slade, pastor of Meridian Baptist Church in El Cajon and the first African American elected chairman of the SBC Executive Committee, said the Sunday is important “because it honors God and His creation of humanity.” He add the Sunday observance is “really about ‘Kingdom Celebration.’ It is about shedding our differences and embracing what we have in common.”

Not just a black/white issue

Racial Reconciliation is not relegated to “black/white prejudice” according to William Eng, retired pastor of Chinese Baptist Church of Orange County who served the congregation 45 years, 23 of those as senior pastor.

James agreed. “Racial reconciliation is not a black/white issue. It’s a humanity issue. We should take advantage of every opportunity we have to be reminded that all people matter to God,” he said.

Slade said racial reconciliation should be about sitting down with people “who don’t eat the same food, dress the same way or who may not run their household as we do. It is about getting to know each other beyond the surface level. We get to know one another,” he said, “by being in relationship with each other.”

First observed as Race Relations Sunday in 1965, the SBC voted in 1998 to change the name of the observance to Racial Reconciliation Sunday.

Even though the Sunday has been observed for more than 55 years, all agree it still is an important issue for Southern Baptists.

“Anyone who has paid attention to the news of the last few years sadly cannot say our country has moved beyond race and ethnicity and justice surrounding such topics,” Jenkins said. “Christians have a responsibility as those who are people of truth and who believe the gospel of Jesus Christ brings reconciliation along racial lines to continue to strive toward that work together.”

James said, “People of color are still being stereotyped and seen in some circles as inferior. The reality is that everywhere there is not equity, injustice exists. When California Southern Baptists focus on transforming hearts by the person and work of our Lord Jesus Christ, we will begin to celebrate the value and worth of every human being created in the image of God.”

Eng views the observance important because he believes racial reconciliation is an “extension of the Great Commission to make disciples of all ethnic peoples and not restrict that message to a limited racial group.”

Those interviewed are encouraged about race relations within California Southern Baptist Convention.

“It has been my privilege,” Eng said, “to serve with brothers and sisters from diverse racial backgrounds on the associational and state level. We are better together than we are apart.”

Jenkins echoed statewide diversity by saying, “One of the most encouraging things about our convention is how ethnically diverse we are. When we come together as a convention of churches, it shows. When our convention looks as diverse as our state, we’re truly doing the work God has called us to do in the great State of California.”

Slade believes CSBC “makes an effort to demonstrate an inclusive kingdom principle statewide” by preaching the Gospel and ministering “in numerous languages and communities.”

James believes race relation among California Southern Baptists is “trending in a positive direction” and attributes it to CSBC state staff and leadership.

He added, “Our convention continues to bring ethnic leaders to the table where decisions are being made. I believe having the opportunity to provide input into the direction the convention is moving is tremendous. I affirm that our voice matters and we’re all in it together to reach the lost for Christ.”

James also said African American pastors who were “disassociating with the convention are re-engaging and showing interest in SBC life again.”

All these factors, according to James, “demonstrate that race relations among California Southern Baptists is improving and gives us hope for our future.”

Racial reconciliation worthy to be observed

If churches are unsure about how to observe Racial Reconciliation Sunday, Jenkins suggested surveying other churches that have observed the special day to discover what “might work for your congregation.”

Eng said racial reconciliation was best exemplified to him in that the Orange County congregation he served was started almost 50 years ago by First Southern Baptist Church of Anaheim. He remembers that relationship and the partnership to conduct Vacation Bible School reaching at least six language groups. “If this can be done in Anaheim, it can be done in each of our communities in California. Immigrants from many nations are nearby and worthy of God’s salvation,” he said.

Slade said Racial Reconciliation Sunday “needs to be every Sunday; better yet, it should be every day” referring to 2 Corinthians 18-19: “All this is from God, who reconciled us to himself through Christ and gave us the ministry of reconciliation: that God was reconciling the world to himself in Christ, not counting people’s sins against them. And he has committed to us the message of reconciliation.”