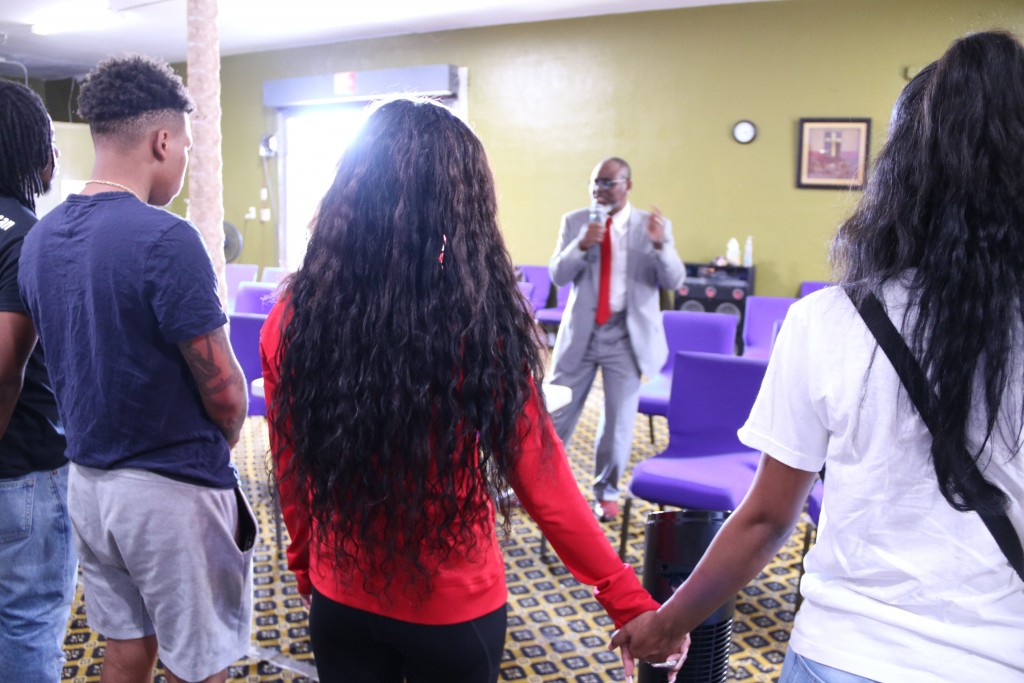 LOS ANGELES—Pastor Michael Hibbert was at a party when he met a young man named Denzel. They began talking, and Hibbert invited him to church. Denzel called a couple of months later and said he wanted to attend. Before long, he committed his life to Christ and Hibbert learned the depth of his spiritual needs.

Denzel, 29, had been released from prison just one day before his initial meeting with Hibbert. His newfound faith opened doors to reconnect with alienated family members and begin rebuilding his life. He is among the increasing number of men and women to find salvation amid adverse circumstances at The Church House of Light in Compton—a congregation that has benefitted from persistence, strategic social media use and assistance from California Southern Baptist Convention.

The pastor hears teens and young adults tell each other, “Hibbert has a church and it’s kind of cool. It’s not like the other churches. You can still be yourself.”

They call him Hibbert because they know him from Compton High School, where he taught math 25 years before moving to a local middle school a year ago. He hasn’t always been a pastor. In fact, before The Church House of Light started five years ago, pastoring was “the furthest remote concept from me,” he said. Yet people kept telling him he should be a pastor.

So finally, Hibbert and his high school son—the youngest of his three children and the only one still at home—started a church. At first it was just the two of them. Then, going door to door, they met Ray, who became member number three. Then some of his son’s friends from the Compton High School football team started coming. Then girls from the school began attending when they learned the guys were attending.

At that point, The Church House of Light took to social media and gained even more worshipers, this time virtually.

The new congregation was meeting in the house owned by Hibbert’s father-in-law, and they needed more space to confront the substantial spiritual needs in their area. Compton’s crack epidemic in the 1980s and 1990s left a generation of children without attentive, caring parents in the home, Hibbert said. Consequently, they lacked guidance and were susceptible to the world’s allures.

The question for The Church House of Light became how to reach even more of Compton’s troubled youth.

The answer came in the form of a church planting partnership with the CSBC, funded in part by the California Mission Offering. Under the partnership, the state convention is providing a monthly stipend for three years, along with a grant to help the congregation rent space in another church’s facility.

Hibbert “has seen God do great things in his church,” said Ross Shepherd, leader of the CSBC’s Church Planting Initiatives Team. “I know they had a number of salvations and young men seeking to be baptized. The church has a focus to reach young men in Compton. The fact that Michael is a math teacher provides him a platform and many opportunities to meet young people and make a difference in their lives. CSBC is excited to see God continue to move in Compton, and the California Mission Offering is the primary way we can make that happen.”

Today, the church averages 25 in worship, though they have up to 40 on occasion. About 10 people are waiting to be baptized, and God continues bringing new people.

Among them is Jada. She had been in church, but she battled anger issues and hadn’t been around believers her age whose lives matched their professions of faith. At The Church House of Light, she saw “a different vision” of walking with Christ, Hibbert said. Now she leads the praise team and has conquered her anger issues.

“When her family saw the changes it made in her life,” he said, “they got on board” and supported the church.

Support California church plants like the Church of Light by giving to the California Mission Offering.