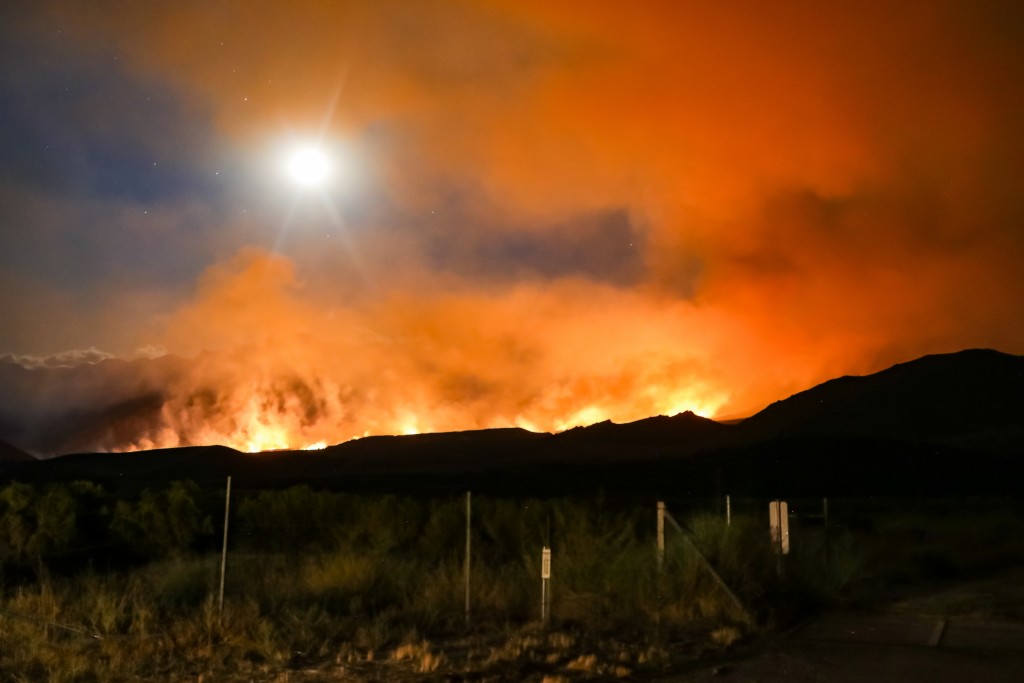 As the Creek Fire burned nearly 400,000 acres and destroyed 856 structures in the Sierra National Forest just north of Fresno in 2020, California Southern Baptists found avenues to provide hope for evacuees amidst the COVID-19 pandemic.

“The reports we were getting was that the fire was moving closer to Oakhurst. That meant all of our church members were under the evacuation warning,” said Pastor Greg Kilgore of First Baptist Church in Oakhurst.

As the fire spread many did not have time to prepare, Kilgore said, “all they had, really, was just the clothes on their back.”

“The Lord had us here to be His light,” to minister amid a great tragedy where people whose homes were either threatened or lost, Kilgore said.

The California Mission Offering provided money for Kilgore to purchase gift cards for essentials for evacuees. With every opportunity to distribute a card came the opportunity to pray, he said.

As evacuees headed down the hill to Fresno, Kilgore directed them to Clovis Hills Community Church which also was ministering to evacuees.

Clovis Hills Pastor Shawn Beaty said he never thought the ministry would grow as large as it did by serving as many as 2,000 families in one week.

Thousands of donations were given to Clovis Hills for evacuees including personal hygiene items, food, water, clothing, diapers, Bibles and gift cards. The ministry was “raw and authentic” according to Beaty, who said Clovis Hills church members “made Jesus look beautiful to those who have fled their homes.”

“For about two weeks, we fed and clothed and cared for, and prayed for about 6,500 people. We gave out 4,800 Bibles. The gospel was preached, and we baptized eight people,” Beaty noted.

Noting the generosity of the community, Beaty said at least twice during one of the weeks a food truck came to the church and provided meals for everyone on campus without charge. “We have no idea who provided those meals for evacuees and church volunteers. That’s what God did.”

In response to seeing all the supplies and people at the church, evacuee Shylynn Alec, said, “It’s overwhelming to see the love and support from the church and community.”

At the time of the fire, Chanelle Parker, an evacuee from Bass Lake who was at the church for supplies, said, “I am so grateful for all the help we’ve been getting. I’ve lost my job and potentially my house, so seeing all these people out here helping is amazing. This is truly a blessing”.

“One of California Southern Baptists’ best resources is our local churches like First Baptist in Oakhurst and Clovis Hills in Clovis,” Bivins said.

“The California Mission Offering is huge because it carries Kingdom work through our whole state,” Beaty said.

CMO provides resources to Disaster Relief and local churches in times of devastation. Kilgore emphatically said, “Thank you California Southern Baptists for your sacrificial giving. And, I ask you to continue to give.”