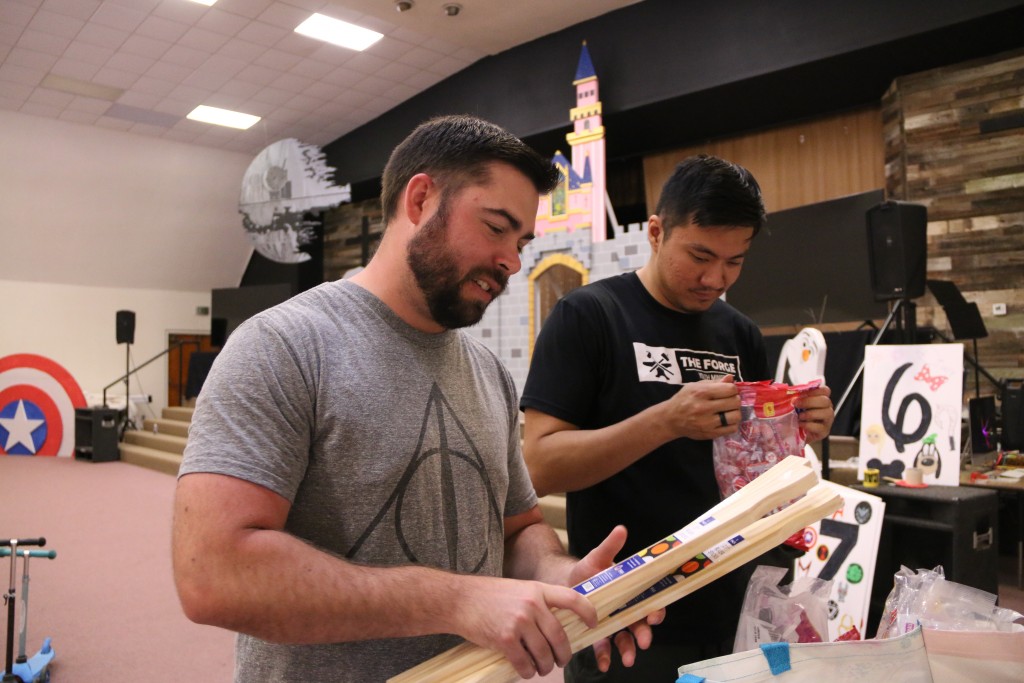 BAKERSFIELD—The wrestling coach at a local high school was a member at Crossover Church of Rosedale and wanted to determine how he could serve. So he and pastor Kyle Hogg came up with an idea: a wrestling ministry.

The coach, a sought-after wrestling instructor, teaches boys to wrestle, and Hogg shares the Gospel with them. The ministry also gives each wrestler a Bible and teaches him how to read it. What started with 20 kids has grown to 60, many from unchurched families.

It’s one of many thriving outreaches that have helped revitalize Crossover, a west Bakersfield church that had dwindled to 40 members three years ago. Through clear vision and creative ministry—as well as a little assistance from the California Southern Baptist Convention’s Count the Cost revitalization process—Crossover has grown to an average attendance of 140.

The church “was mostly older” when I arrived, Hogg said. “Now we are a completely different looking church. We have a lot of young families. Our children’s ministry and our youth ministry are doing really well.”

The revitalization began in 2018. Hogg was on staff at Valley Baptist Church in Bakersfield but had an eye to Crossover because about 10 of his family members attended there. As his passion for Crossover grew, an opportunity to serve the congregation opened and he was called as pastor. With Valley’s blessing, about two dozen members went with him to help revitalize the smaller congregation.

Hogg had energy and manpower but still wondered where financial resources and practical ministry coaching would come from.

The financial resources began to arrive with an estate gift by a church member. The practical coaching came when Crossover opted to participate in Count the Cost, a church revitalization process funded in part by the California Mission Offering. It walks a congregation through gathering data, analyzing it and planning a way forward in consultation with a ministry coach.

Hogg worked through Count the Cost with Roger Byrd of the CSBC Church Revitalization Initiatives Team. Byrd helped with “simple things that you would never think to ask,” Hogg said. “For example, I had overseen a college ministry budget but never a churchwide budget, so the mentor was helpful with that.”

“The State Mission Offering provides direct support to this church and many others,” Byrd said.

Today at Crossover, creative ministry and evangelistic opportunities abound. So do lives transformed by Christ. One middle-age woman began attending the church when Hogg arrived as pastor. After she trusted Christ as Savior, Hogg worked with her husband for a year before seeing him saved and baptized too.

The church has baptized approximately 20 people since Hogg’s arrival—an outcome he believes other struggling churches can achieve too.

“Be prayerful. Work hard. Trust the Lord,” he said. “Whatever the outcome, don’t stress too much about being the next megachurch … Don’t focus so much on numbers. Just work hard on being faithful to what the Lord has called you to do.”