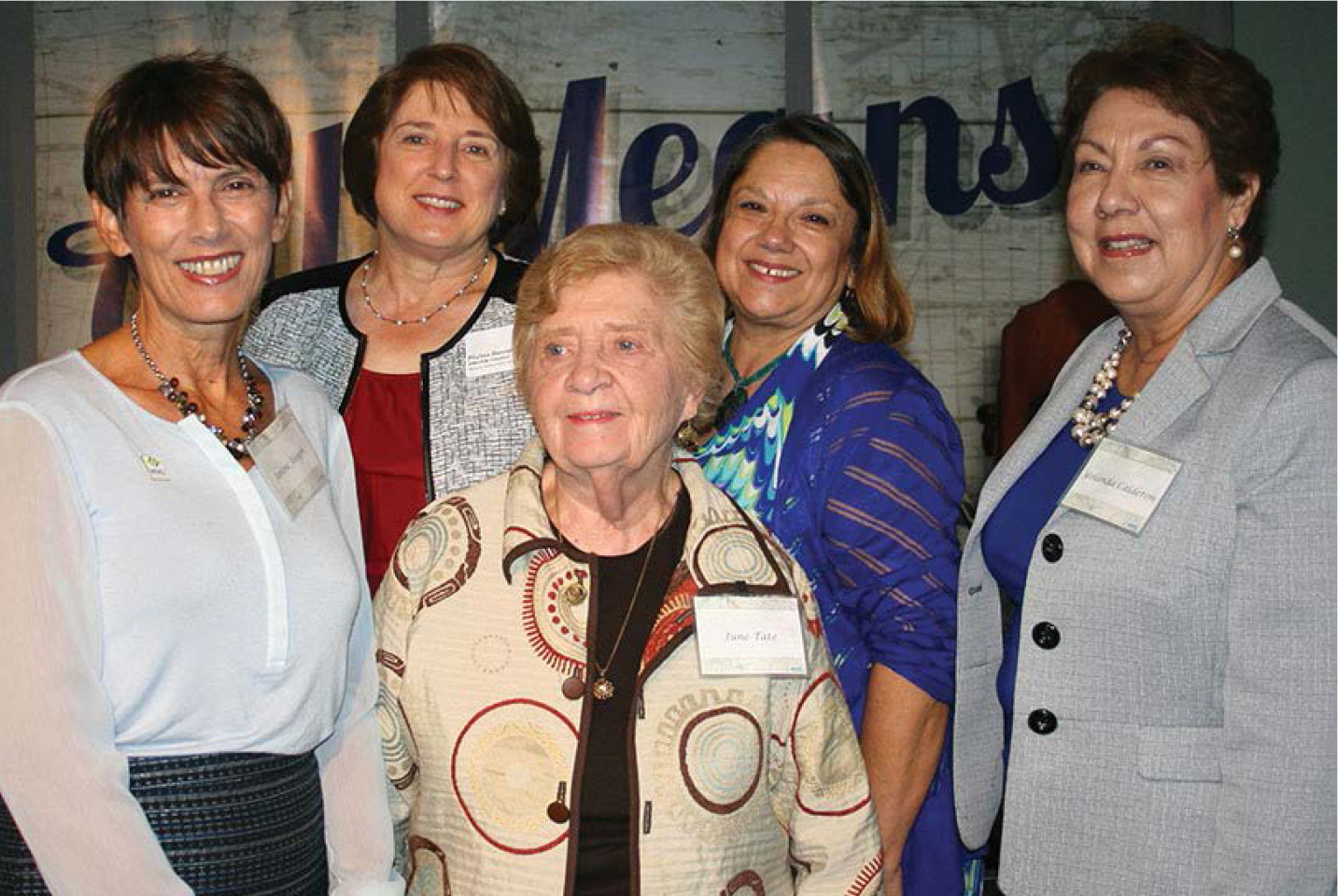 WEST SACRAMENTO — Women from throughout California gathering at Russian Baptist Church in West Sacramento Oct. 25 were encouraged to live for and share Christ “By All Means.”

Held prior to the California Southern Baptist Convention annual meeting, the California Women’s Meeting featured a celebration of the 75th anniversary of Woman’s Missionary Union in the state. Five current and past presidents were in attendance, including June Tate (1985-90), Yolanda Calderon (1994-98), Eva De La Rosa (2002-07), Phyliss Bennett (2007-11, current) and Janine Joseph (2011-15). De La Rosa has been CSBC Sent Specialist/ Women’s Ministries & Missions since 2011.

“We are most like Jesus when we allow His love to flow from us each day,” Cooper said, adding that believers can make an eternal difference in how someone sees God and how they can know Him.

Share Christ “by all means,” she urged, adding, “We must always remember our worth and to Whom we belong.

“No matter what has or will happen to you, you will never lose your value in God. We are a child of the King!”

Two international missionaries, whose names cannot be mentioned for security reasons, also addressed the group. One has been a missionary to South Asia for 19 years, and the other, a third-generation International Mission Board missionary, has served in Southeast Asia for 13 years.

“Mary” began in missions with a shortterm trip that soon blossomed into career service. She said the number of churches in her area is multiplying and “it’s beautiful, what the Lord is doing.”

She encouraged the women to share their stories and the “person of Christ” with non-believers. “Stories of Jesus take root!”

“The Lord has power and He is relevant,” she declared.

“John” works in an agrarian culture and initiated a “goat project” to reach people in his area with the gospel.

He said he thought he knew the Bible pretty well until he began using stories from scripture to make gospel presentations.

John asked the California women, “Do you know God’s Word well enough” to share Bible stories with those who need Jesus?

“We’ve got to know God’s Word!” “Across the street and around the globe the gospel must resound!” John declared.

IMB representative Gordon Fort congratulated the women on the 75th anniversary of WMU, along with a video greeting from Linda Clark, retired CSBC WMU leader.