WMU: Great Commission at center of all we do – California Southern Baptist Convention
Skip to content 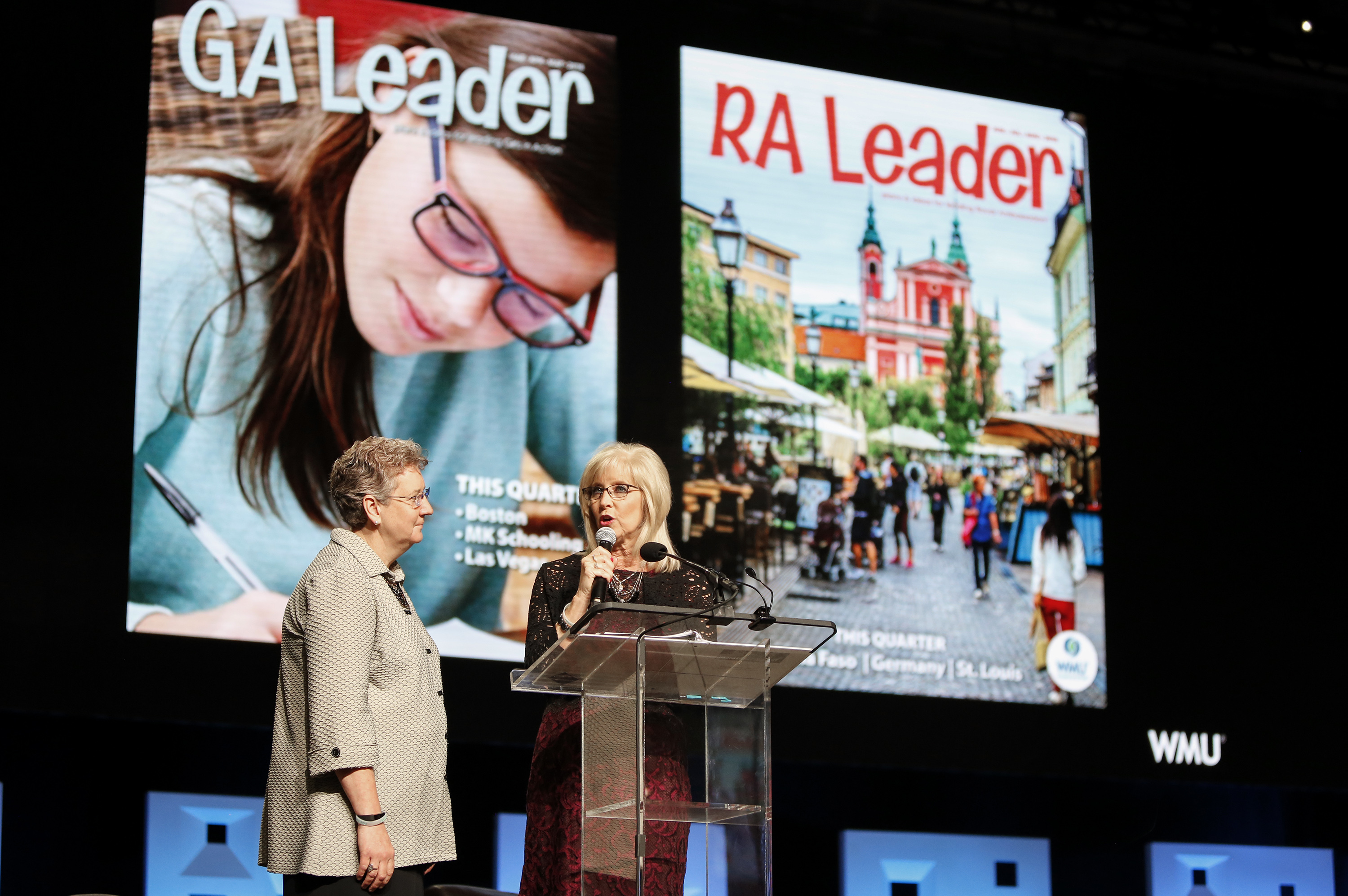 WMU: Great Commission at center of all we do

DALLAS (BP) — Linda Cooper, president of national WMU, opened the report of Woman’s Missionary Union to Southern Baptist Convention messengers Thursday (June 13) citing findings by the Barna Group. In a March 2018 study, Barna found 51 percent of church goers have never heard the words “the Great Commission.” Another 25 percent have heard the words but can’t recall the exact meaning, and 6 percent are not sure if they have heard the words.

“This leaves only 17 percent of church goers who have heard the words and know their meaning,” Cooper said. “How is that possible? The Great Commission is our great mandate and it is at the center of all we teach, promote and do, making disciples of Jesus who live on mission.”

Sandy Wisdom-Martin, executive director-treasurer of national WMU, said one of the ways WMU lives out the Great Commission is by calling Baptists to generosity and supporting missions. Last year, in the wake of Hurricane Maria, WMU sent $186,000 worth of water filters to Puerto Rico through its Pure Water, Pure Love ministry thanks to generous contributions from Southern Baptists.

WMU also notes that elementary age children have the opportunity to learn the importance of generosity as members of Girls in Action (GA), Royal Ambassadors (RA), and Children in Action (CA).

Cooper told of a missions leader who recounted a story about a little girl in her GA class who wants to be a missionary.

“During the Annie Armstrong Easter Offering season, she brought $75 she earned herself to give,” Cooper said. “Her leader said it was humbling because the family struggles financially.”

Since beginning the Lottie Moon Christmas offering in 1888, WMU has helped raise $4.3 billion through this effort. In addition, since 1907 when official reporting began for the home missions offering started by WMU, receipts total $1.7 billion for the Annie Armstrong Easter Offering with last year’s offering being the largest yet.

“This $6 billion has gone directly to the mission boards to support field personnel as they share the Gospel,” Wisdom-Martin said, “and we rejoice that we have a part in calling people to steward the resources God has entrusted to their care.”

Wisdom-Martin said another way people live out the Great Commission is by praying for missions and the work of Southern Baptist missionaries as WMU tells their stories.

“It’s amazing how much God guides our work months in advance,” she said. “On March 31, our Missionary of the Week was Barbara Singerman. Nearly 90,000 were mobilized to pray specifically for Barbara because of this feature. Little did we know how important those prayers would be.

“That same week,” she continued, “Barbara and her husband Jeff were involved in a traffic accident in which another missionary couple were killed. One month ago, after multiple surgeries, Barbara and Jeff are able to once again hold hands and walk together. We believe in prayer.”

WMU also helps believers to live out the Great Commission by doing missions and sharing their faith.

Wisdom-Martin told of 8-year-old Landon Keller who went with his family and church family to serve in WMU’s Familyfest in Kentucky. “As a gospel presentation was given, Landon recognized his need to surrender his life to Christ,” she shared. “Later he told his mother, ‘I went to Kentucky to tell people about Jesus, but I’m the one who got Him.'”

Cooper told about Carol, a woman who felt God had something else for her to do.

“She surrendered and searched,” Cooper said. “She ended up leaving her lucrative role at a law firm and took an 85 percent pay cut to begin a Christian Women’s Job Corps program, a ministry of WMU that helps women gain life skills and job skills in a Christian context. She has unbelievable peace and purpose. And she tells people her new job benefits are ‘out of this world!'”

Cooper continued, sharing about a team of women from Illinois who went to serve in South Asia where Southern Baptist personnel and their national partners go to the slums and work with the poorest of the poor. What they make, WMU sells through WorldCrafts.

“When the team arrived, information was discovered that the name of one of the national partners was on a hit list circulating around the city,” she said. “The question was asked, ‘Do you want to stay and continue to serve or should we play it safe and rearrange our schedules?'”

Cooper shared the team spent the night crying out to God.

“They knew their brothers and sisters in this country faced this kind of persecution every day,” she said. “The next morning the team decided they would continue as planned going out into the villages in spite of the risk. By the end of the experience, the team saw 33 people come to know Christ.”

Cooper stated no one church can do alone what many can do together.

“Our voluntary cooperation strengthens and extends the missions reach of the local church,” she said. “We want to help mobilize your churches to be involved in Southern Baptist missions and help you make disciples of Jesus who live each and every day on mission for His Kingdom.”