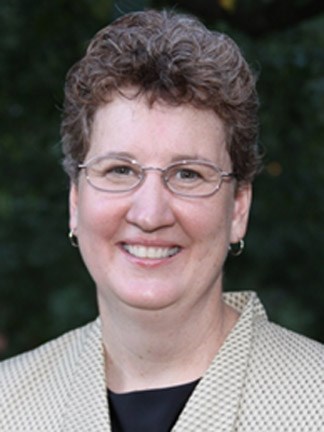 BIRMINGHAM, Ala. (BP) — Sandra Wisdom-Martin was unanimously elected executive director/treasurer of national Woman’s Missionary Union by its executive board during a special called meeting, July 29-30, in Birmingham, Ala.

Wisdom-Martin, who has served as executive director of WMU of Texas, succeeds Wanda Lee. Lee has served as executive director of the 128-year-old missions organization for the past 16 years. Wisdom-Martin will begin her new role on Oct. 15. She was presented to the board by a search committee appointed in February following Lee’s announcement of her intentions to retire.

Prior to leading WMU of Texas since 2010, Wisdom-Martin served as women’s missions and ministries director for the Illinois Baptist State Association, 2001-2010; and as Cooperative Program Missionary with the Arkansas Baptist State Convention, 1991-2001.

“Having served in three different Baptist state conventions, Sandy brings great experience as a leader to this role along with tremendous creativity,” said Joy Bolton, executive director of Kentucky and chair of the search committee. “The affirmations of her leadership received from people in each state where she has served speak volumes. She has earned love and respect through partnerships, missions trips, speaking engagements, and other missions involvement.”

Bolton describes Wisdom-Martin as “a thoughtful leader who listens well and brings clarity to complex situations when she speaks.”

Lee agrees. “I’ve had the privilege of observing and working alongside Sandy for many years,” she said. “Sandy listens well, considers every possible action before she speaks, and then delivers on what she promises. Her quiet presence puts people at ease while building confidence in the actions to be taken. She will lead WMU well from a place of complete surrender to the Lord.”

“My commitment has always been to walk where God leads,” Wisdom-Martin noted, “yet this has been a difficult process because I am in a very good place. I love the assignment God has given us (in Texas). This certainly caught my family by surprise and was not a part of our plan, but we believe God is sovereign and all the details of our lives are in His hands. I trust Him completely for the future.

Linda Cooper, president of national WMU, said Wisdom-Martin serves with humility and compassion and desires to honor God with her life. “Sandy is passionate about the work of WMU and what it represents,” she said, “but most of all she loves the Lord and desires to share His love with everyone He puts in her path.”

In regard to transition of leadership, Lee said, “I am excited about handing over this important place of service to Sandy and pledge all of my support and prayers as she comes to lead WMU into the future. Her love for missions, missionaries and WMU provides a strong backdrop for developing the vision we need for the future of WMU.”

In addition to more than 25 years of experience in state WMU and church and community ministry, including children’s missions education camps, Wisdom-Martin has served with more than 50 missions groups in nine different countries; served as national coordinator for Mississippi River Ministry; and writes extensively for WMU publications and others. In WMU, she has served as an associational Girls in Action (GA) director, associational Acteens director, Campus Baptist Young Women (BYU) president, Mission Friends leader, GA leader, and Acteens co-leader.