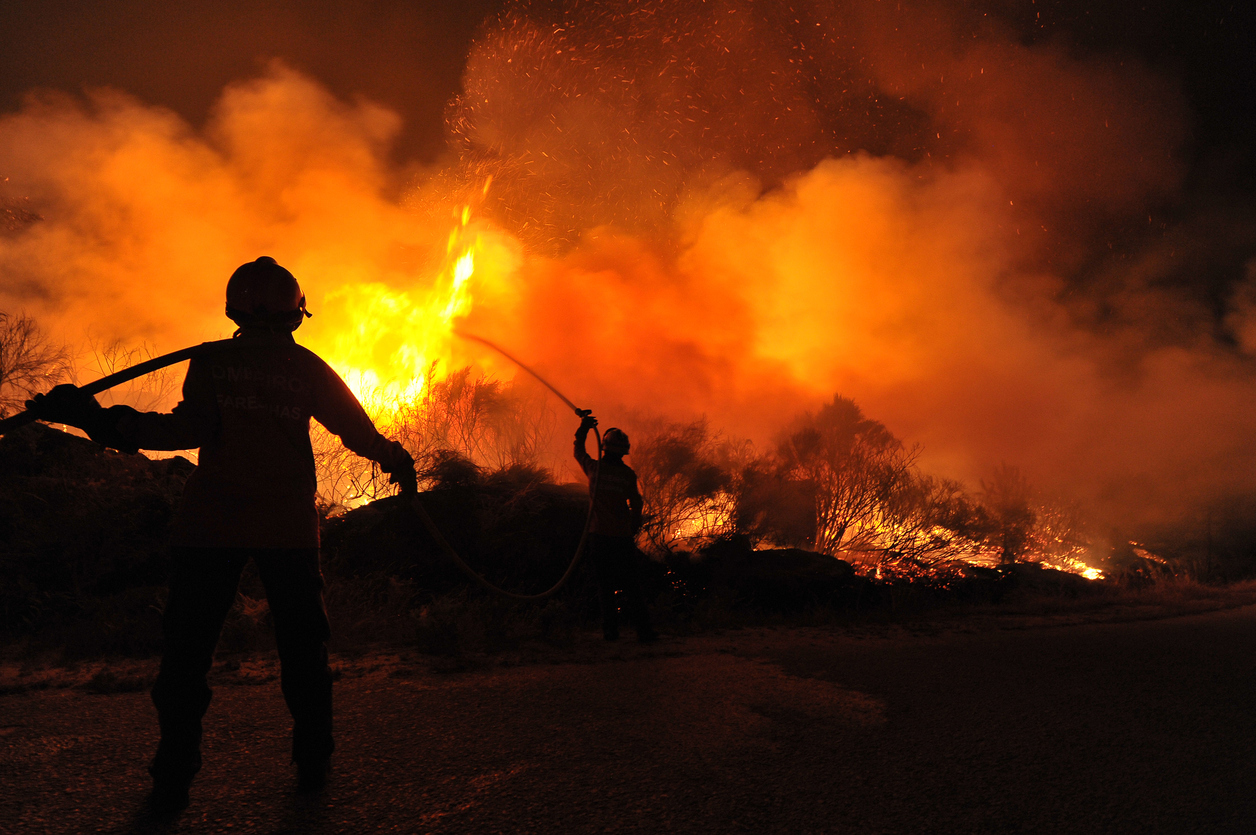 VENTURA, Calif. (BP) — When the massive Thomas wildfire rushed the boundaries of Springs of Life Baptist Church in Ventura, Calif., Dec. 5, pastor Doug Jones was onsite with firefighters and others working to save the church, nearby homes and livestock.

Jones described the “terrifying” scene to Baptist Press today (Dec. 8). His church serves as a staging area for perhaps 60 Unified Command firefighters who manned 12 fire engines near the church in the quaint mountain community of Casitas Springs in Ventura.

“Palm trees exploding, trees on fire everywhere,” he said. “It was a war zone. Only a handful of people stayed, and the firefighters.”

The massive Thomas fire has burned 135,000 acres and destroyed 400 buildings. It remains the largest of six wildfires still raging in four Southern California counties, including Ventura and Los Angeles, according to the California Department of Forestry and Fire Protection (CAL FIRE). Only minor injuries have been reported, and one lady was found dead near her crashed vehicle, according to the Los Angeles Times.

“We have activated a team of our chaplains who are cross-trained with the Red Cross Disaster Spiritual Care team and they will be providing emotional and spiritual care to folks who are in the shelters,” said Bivins, California Southern Baptist Convention (CSBC) disaster relief director. “Our clean up and recovery teams will remain on standby for the next few weeks and will deploy as requested.”

In Casitas Springs, Jones stayed onsite at his pastorate until the threat of fire subsided around 9:30 p.m. Dec. 5. The church served 24 hours as a staging area, providing water and restroom facilities for as many as 60 firefighters who manned 12 fire engines near the church, Jones said. Firefighters brought their own food. Jones and other church members were able to stay despite a mandatory evacuation order, he said, because of the church’s use as a staging area.

“We’ve been back every day since working in the neighborhood, cleaning everything up, washing everything down, repairing a water main break at the church, and consoling our neighbors who have lost their businesses and their homes,” Jones said.

One homeowner lost her home and her neighborhood store and another neighbor lost a business in the mountain community of 1,200 residents, Jones said.

Springs of Life Church, recently replanted as a new congregation, draws about 50 worshippers on Sundays.

The windswept fires are in addition to wildfires that scorched parts of northern California this fall, and account for what authorities have called the worst wildfire season in the state’s history, according to CNN. The fires have killed more than 40 people, according to news reports.

Other strong wildfires in Southern California, according to CAL FIRE, are the Skirball, Creek and Rye fires in Los Angeles County, the Lilac Fire in San Diego County, and the Liberty Fire in Riverside County.