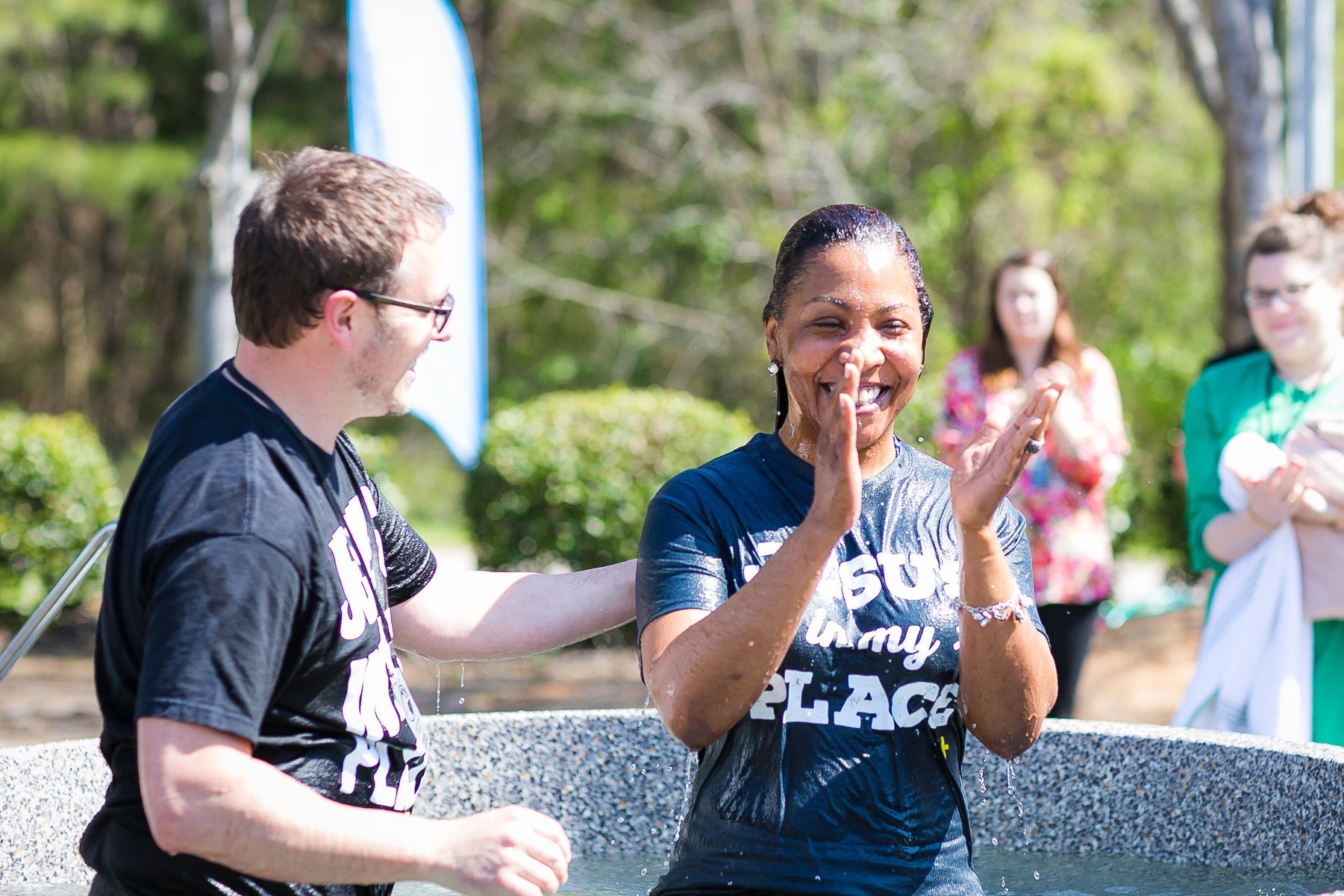 EDITOR’S NOTE: JD Greear is president of the Southern Baptist Convention and pastor of The Summit Church in Durham, NC.

DURHAM, NC (BP) — For several years now, I have been greatly burdened by the declining number of baptisms across the Southern Baptist Convention. I believe the baptism numbers serve as one of the best indicators of evangelism in our churches. Jesus came to seek and to save the lost, and that means that proclaiming the gospel is the core of who we are — not only as Southern Baptists, but most importantly, as disciples of Jesus Christ.

That’s why I’m challenging every Southern Baptist church to call for baptisms in services on Sept. 8, the date our SBC Executive Committee has designated as “Baptism Day” on the SBC Calendar.

Baptism Sunday will be an opportunity for thousands of people in our churches to take their step of obedience and faith. Many of them already know they should be baptized, and you can schedule baptism celebrations in advance. Other people in your churches may decide on Sept. 8th that God is calling them to those same baptismal waters.

I know that conversations about immediate-response baptism services tend to draw some objections, many of which are grounded in healthy concern about encouraging insincere professions of faith. Trust me, I understand the concerns: I have seen dangerous and irresponsible calls for spontaneous baptisms. God forbid that we ever declare someone “saved” when they aren’t. Not only does this give them false assurance, but it also makes them that much more immune to future calls to repent and believe.

Our fear of extending these invitations wrongly, though, should never make us shy away from making the invitations at all. After all, every single baptism recorded in the New Testament, without exception, is spontaneous and immediate. For New Testament believers, the pattern was alarmingly simple: believe, confess, get baptized. There was never a gap between when a person trusted Christ and when that person was baptized. Not one.

This follows the example of Jesus’ Great Commission: “Make disciples of all the nations, baptizing them in the name of the Father, Son and Holy Spirit” (Matthew 28:19). Baptism is a believer’s first act of discipleship, a step of obedience that stands as a witness that we belong to Christ.

Baptism is like the wedding ring of salvation. I put on my wedding ring at the moment I decided to publicly declare my commitment to my wife. Putting on the ring did not make me married. I am no more married when I wear my ring than when I don’t. But the demonstration of my commitment to my wife that the ring represents was a crucial first step in marriage. Had I refused to do it, my wife would have had reason to question my intentions.

In the same way, baptism is an outward symbol of an inward covenant we’ve made in response to Jesus’ offer of salvation.

Every one of our churches ought to do everything in its power to ensure that everyone who comes forward to be baptized understands the gospel and the significance of what they are doing. Just because the decision is more immediate doesn’t mean it should be hasty or sloppy. During baptism services at our church, for instance, we individually counsel every person who comes forward. Those conversations take time — often extending into the next service — and we always end up turning some people away. But that moment is important, because it starts a conversation about what it means to follow Jesus.

Baptism is of tremendous importance, but we need to keep the biblical order in mind: Baptism is the catalyst to spiritual maturity, not the sign of having attained it.

When we invite people to be baptized, we are calling them to make a decision. That’s exactly what so many of our people need. They come to our churches as consumers, going along with Jesus but never deciding for Him.

This is personal for me. My dad became a Christian because he responded to an invitation in the middle of a church service. During the worship service, he didn’t think he needed to change. He thought everything was fine. But then one day the pastor called for a decision. It was one of those traditional invitations, too — the kind where they sing 58 stanzas of “Just As I Am.” Well, for my dad, that was the moment the Holy Spirit came after him. He knew in that moment that he had to make a decision. When he let go of the pew and walked forward, his life changed.

Several years ago, our church chose to hold our first baptism service after we noticed the biblical pattern of spontaneous baptisms while preaching through a series in the book of Acts. Starting with that service, we saw three times more people choose to be baptized that year than we’d ever seen! I believe that’s because our church had been faithful in sharing the gospel, and we chose to be faithful in calling for a response to that good news.

I’ve been encouraged by the many stories of faithful evangelism in our denomination through initiatives like “Who’s Your One,” and I believe God is preparing a harvest of souls. Let’s faithfully call them to respond by publicly declaring faith through baptism!

For resources, go to namb.net/baptism-sunday-resources/.