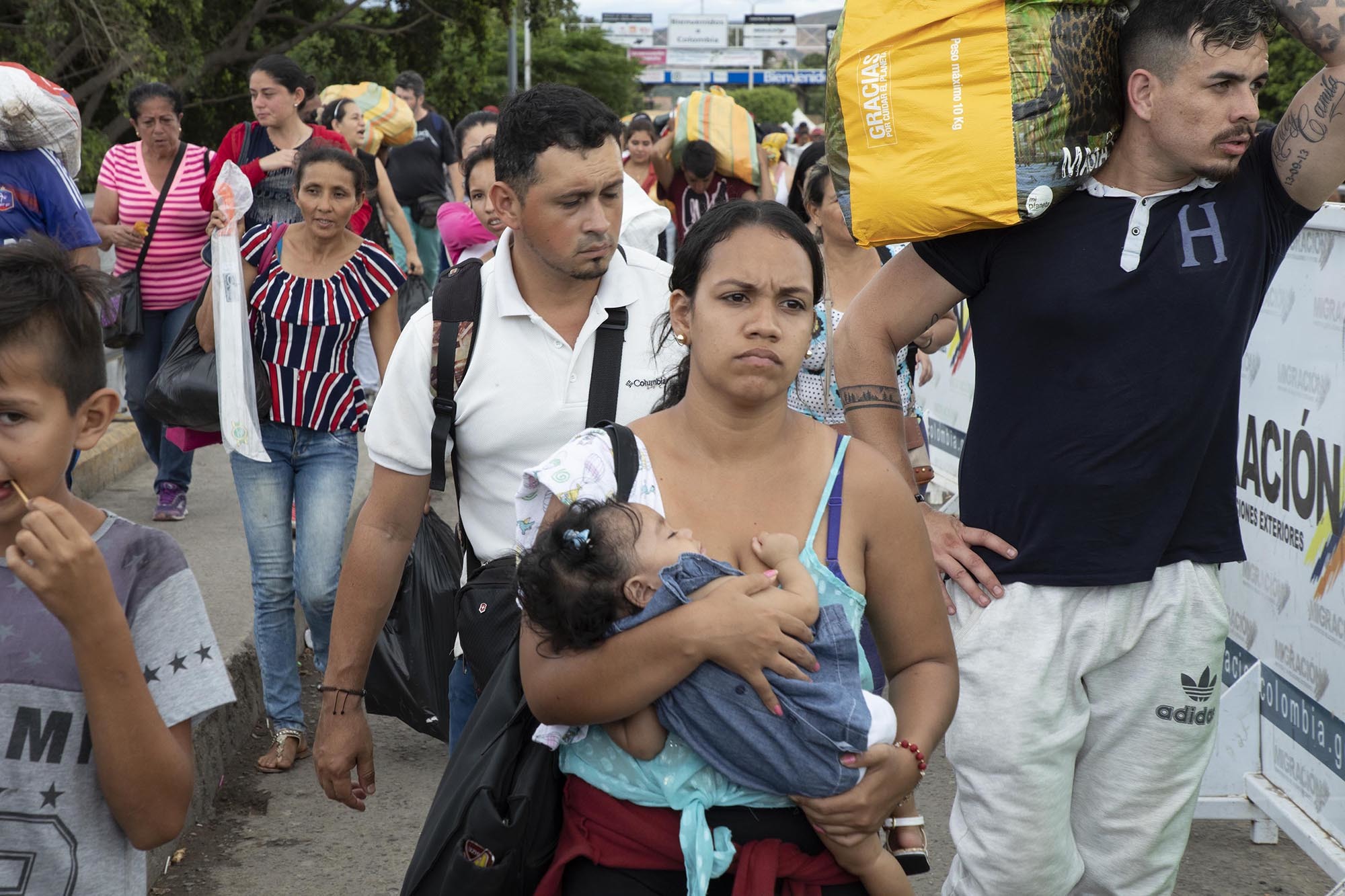 BOGOTÁ, Columbia (BP) — The day they heard Carlos’ story, Paul and Robin Tinley had just dropped off the last little bit of winter clothing they had collected. They had been passing clothes out for months, and this was the first time they had run out.

It’s not hard to see why they did. The flow of human need just hasn’t stopped.

For months, the Tinleys have been watching people spill out of Venezuela and into Colombia, the country where they serve as IMB missionaries. About 5,000 a day — more than 3 million total — walk away from Venezuela’s economic meltdown in hopes that they can escape hunger, crime, unemployment and lack of medical care.

Many of those cross over into Colombia. Most of them have nothing but the shirt on their back, and even the clothes they do have aren’t enough for Colombia’s colder climate.

That was Carlos’ reality. He made it on foot into Colombia and headed for the capital. After 10 days of walking in the cold rain, he made it to the toughest point in the journey –the top of a 10,000-foot mountain pass. Temperatures plummet there at night.

On top of that, he was barefoot — his shoes had worn out along the way. So when he made it to the mountaintop way station where Paul and Robin regularly drop off winter clothes, he was thrilled with what he found — the offer of hope and a new pair of shoes.

That’s the story of many Venezuelans who make it to the way station — they’re desperate for help and hope. The retired missionary stationed there round the clock shares the Gospel more than 60 times a day as people pass by.

In the midst of all the need, there’s unprecedented spiritual opportunity.

“Venezuelans are more open now than they have ever been in their history, but they are open to anything — good or bad,” Robin said. “This is a historic moment where Colombian believers urgently need to share the Gospel.”

Though the Tinleys are stretched thin, they serve tirelessly alongside Colombian churches to provide things like food and childcare. They’re helping displaced Venezuelans start microbusinesses like bakeries and knitting shops so they can support their families. And they’re meeting often with Venezuelan groups for trauma counseling and Bible study.

The need is nonstop, Paul said. It can be hard for churches to keep going as the area becomes more and more saturated with need, but he challenges churches to leverage their position for the sake of the Kingdom.

“I tell them often, ‘The mission field is walking in front of your churches, in front of your homes,'” he said. “It’s a sensitive time, and we are starting to see a movement among the churches.”

— PRAY FOR Paul and Robin to have energy to keep serving Venezuelan immigrants as they continue to pour into Colombia.

— PRAY FOR Colombian believers to share the Gospel with urgency and plant new churches among Venezuelans.