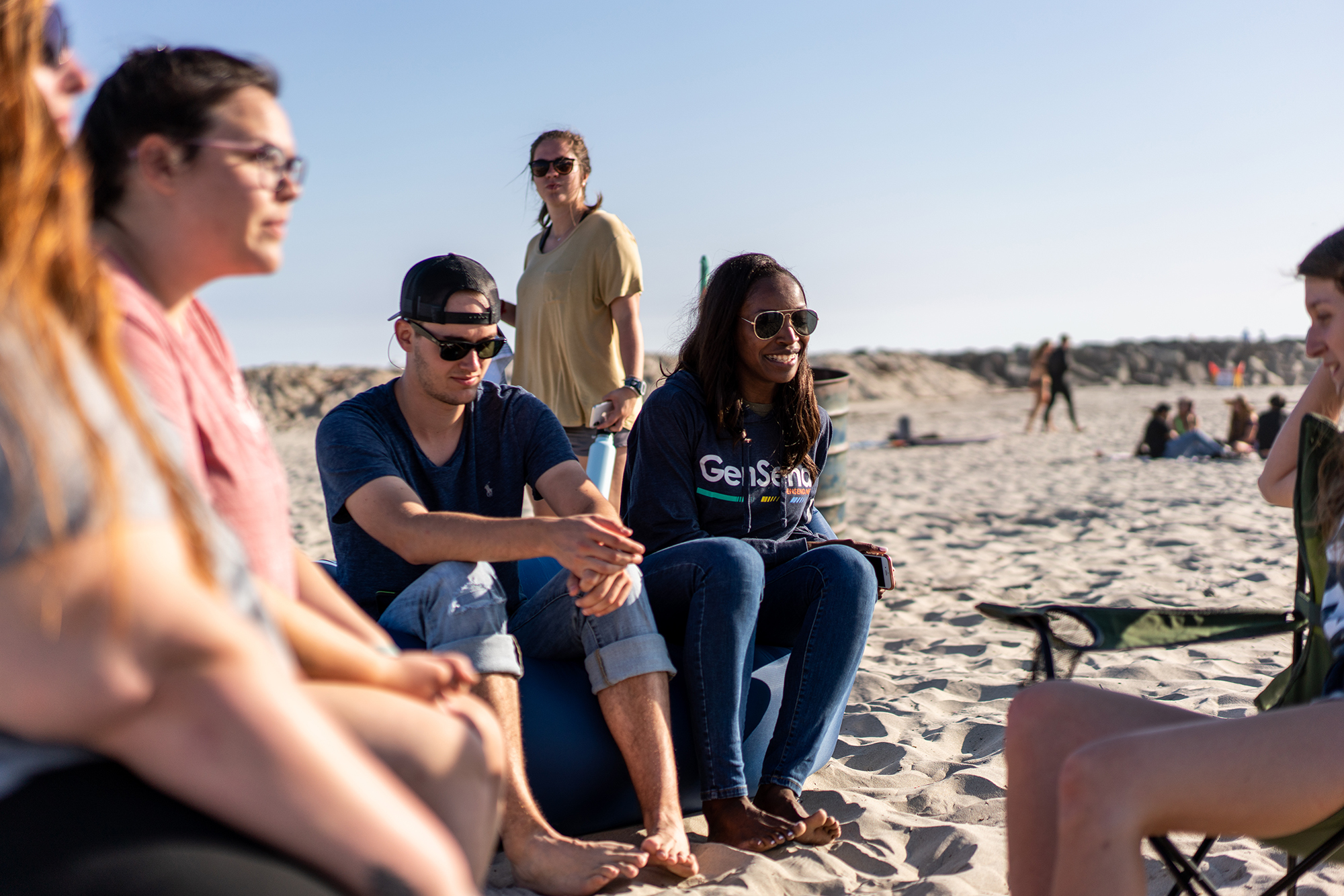 SAN DIEGO (BP) — Southern California sounded like a vacation spot to Ebbie Davis at first, not a location for serious mission work. Besides, the seminary degree she was working on at the time focused on international church planting, not North America.

But as she looked at an opportunity to serve in San Diego through the North American Mission Board’s (NAMB) GenSend program, a friend asked some questions about what her time there would entail.

“I said I’d be working with a church plant there,” Davis recalled, “and learning how to live my life on mission and do ministry in the context of the city.”

Her friend pointed out that it sounded exactly like the aim of her degree program at Southeastern Baptist Theological Seminary. Davis realized it might be a perfect fit.

GenSend is NAMB’s missions development program that enables college-age students, age 18 to 25, to serve in a NAMB Send City for six to eight weeks and learn how to live their lives on mission. They come alongside missionaries in church planting and compassion ministry for an in-depth missions experience.

In North America, approximately 75 percent of residents are not born-again believers, which means more than 272 million people are without Christ. While NAMB helps churches plant churches everywhere for everyone, the urban centers of the continent not only have higher population density, but those in cities are also frequently more secular than other regions of the United States and Canada.

“Our Send Cities are 32 of the highest populated areas with the greatest need for the Gospel,” said Jeremy Aylett, NAMB’s Send City Missionary in San Diego. “Millions of people, for example, live here in San Diego, and the reach of this city extends around the world.”

At the moment, one of the biggest challenges for church planting in North America stems from not having enough qualified missionaries who can serve. GenSend affords many young people the opportunity to reshape their view of what it means to be a missionary.

Many leave the program with a plan to leverage their lives for the sake of the Gospel, even if that does not mean becoming a pastor or church planter.

The Annie Armstrong Easter Offering for North American missions provides funding that makes GenSend possible. Students spend their summers serving on the field and can focus on building relationships, sharing the gospel and connecting people they meet with a local church — all without the burden of how they are going to pay for their expenses.

As a result of serving through GenSend, Davis sensed God’s redirecting her plans from living overseas to living in San Diego. Now, she serves with The Hill Church in La Mesa, Calif., and as a City Coach with GenSend, reaching a population that is less than 15 percent Evangelical.

Part of her desire grew out of learning that, oftentimes, the nations have migrated and live in North America’s urban centers. Davis met a young Muslim lady named Susan and had the chance to build a relationship with her during her time with GenSend.

“She was from Saudi Arabia, and I was in her living room in San Diego, drinking tea and eating dates and talking about who my God is,” Davis said.

In her role as City Coach, she introduces new GenSend student missionaries to a neighborhood in her city where 100 different languages are spoken within a 10-block radius. Once they are there, Davis instructs them simply to start having conversations with the people they meet.

Davis is certainly not alone as a former GenSend missionary who made the transition to live on mission in North America’s urban centers. Roughly one-third of GenSend students move to cities with the goal of living on mission once they arrive.

In San Diego, Liz Olear and Reid Morrison moved after serving with GenSend and now serve alongside the same church as Davis.

“I wouldn’t have up uprooted my life, moved across the country, left things that I thought were comfortable if it wasn’t for GenSend,” said Olear, who moved from Atlanta. “It has equipped me to be able to live my life on mission.”

“I think having the common goal of sharing Jesus really builds bonds quickly and very strongly,” Morrison said of GenSend.

Wherever GenSend student missionaries go following their season of service, one thing is certain — they will be equipped to take the Gospel with them and share it as they are going.

Watch a video about this work.