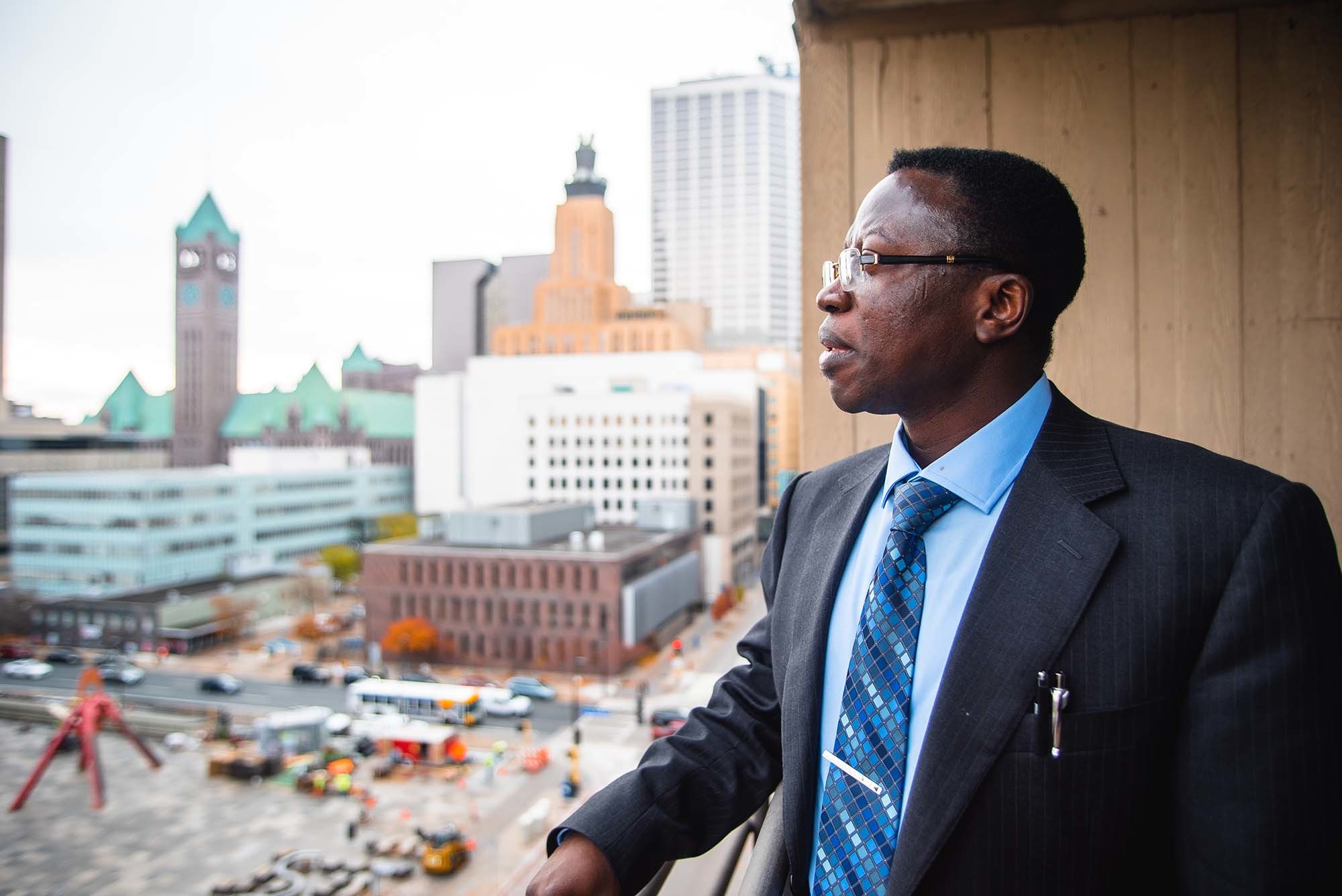 MINNEAPOLIS, Minn. (BP) — Philip Nache could have given in to despair. Boko Haram, the jihadist militant group located in Nigeria, had threatened his life, martyred a convert to Christianity and continued to intimidate Christians.

But despite the danger, Nache expected to return and serve the people he’d spent nearly 20 years ministering to, pastoring and planting churches among. He had come to the United States to attend Southern Baptist Theological Seminary, a moment of divine timing that coincided with Boko Haram’s first threats on his life.

As he contemplated whether and how to return to Nigeria, another divine appointment redirected his steps.

“At that time, God opened the door for me to come to Minneapolis,” Nache said. “When I was told about the need here in the Twin Cities, I was still thinking of Africa, but after praying, I felt convicted to go to Minnesota.”

So, he decided to plan a visit. When he arrived, he was surprised by what he saw.

“It’s like I was in Africa — the northern part of Africa. Because I [saw a] basket full of people — Africans,” Nache recalled of his first vision trip to the city.

Seeing fellow Africans opened his mind and heart, and Nache’s disposition toward Minneapolis changed. He sensed God’s leading and prepared to go.

Nache saw how the nations had come to North America. This year he is a 2019 Week of Prayer missionary for the Annie Armstrong Easter Offering for North American Missions.

When he moved his family to the Twin Cities, Nache discovered a hunger for new churches among the various African populations. They lacked the means to make it happen until Nache arrived with the support of Southern Baptists.

“One pastor came to me,” Nache recalled, “and said, ‘Oh, there are a lot of South Sudanese and Ethiopians and so many Africans that are there. I’ve tried even to start a church with them, but I couldn’t because of resources.'”

That believer asked Nache if he was willing to reach out to those populations even though many of them were Muslim. Nache’s response was simple, “Why not? This is [why] God has brought me.”

Nache joined a group of believers, started reaching out to their neighbors and began house-to-house fellowships. And that’s how God opened the door and established his church, Hope of Nations Gospel Church.

Hope of Nations has gone to two services, one for South Sudanese and another for northern Nigerians. Nache and many of his church members have a vision to reach not only their immediate neighbors but the whole world.

While in Nigeria, Nache pastored and planted churches, and now God continues to use his ministry in Minneapolis to reach the nations of Africa. In the Twin Cities, Nache said, “we are able to identify potential pastors who desire to go and reach out to their people and plant churches in their own countries.”

One such example is a refugee from South Sudan. This man traveled through refugee camps, where he endured physical suffering and lack of medication, before arriving in the United States. Nache said that refugee and his wife remained faithful to the Lord through those trials, and now he disciples him so that he can return to South Sudan and plant a church.

“They [the couple] thank God,” Nache said, “that the Lord established this church and they’re able to know Scripture along with their children.”

Hope of Nations sent this refugee on a short-term trip to South Sudan, which was the trip that solidified God’s calling for him to return. Nache continues to disciple and train other future missionaries.

“Our desire is to keep multiplying and reaching out to more people groups, especially people from Africa,” Nache said. He sees donations to the Annie Armstrong Easter Offering as a key part of that vision going forward.

“I must say that without the help of the Annie Armstrong support that we are getting from the North American Mission Board,” Nache said, “honestly speaking, I don’t think this work will be possible … So, I seriously appreciate and thank God for this offering. Thank God for the churches all over North America that are helping to support this work.”

Gifts made to the Annie Armstrong Easter Offering go directly to support and resource North American missionaries in the field. To learn more, visit anniearmstrong.com.

Watch a video about Philip Nache: