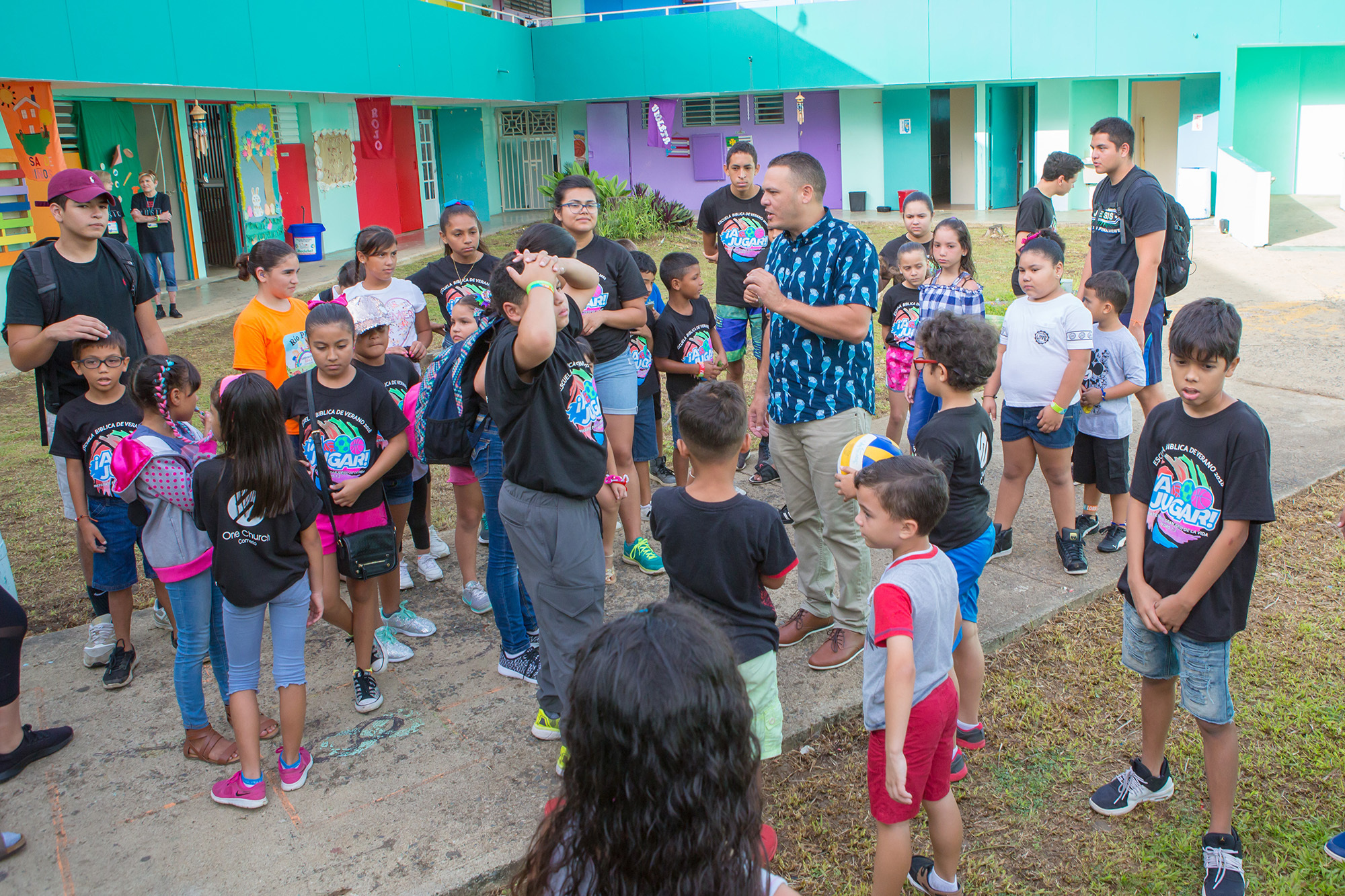 COMERIO, Puerto Rico — When he left Puerto Rico as a young man, Jorge Santiago’s family sent him to the U.S. mainland in a last-ditch effort to shake him loose from doing and dealing drugs.

“I never thought that I was going to come back to Comerío,” Santiago recalled of his hometown, “and I didn’t want to come back.”

In 2007, Santiago left a community that was struggling economically, whose people wrestled with hopelessness. Santiago did not know then that God was authoring a much larger story than he could possibly imagine.

Fast forward 12 years — Santiago is a 2019 Week of Prayer missionary for the Annie Armstrong Easter Offering who is ministering in his hometown.

He lives and serves among men and women who endured one of Puerto Rico’s worst natural disasters and who struggle with the same desperation that led Santiago into substance abuse.

Before Santiago became a missionary, however, God had to lead him through his own personal storm.

When he first moved to the United States, the new scenery in Washington, D.C., only gave him fresh opportunities to continue down the same futile path.

“I was still the same person with the same problem,” Santiago said, “but I was able to cover my addiction by working. I met the same type of people that I used to hang around in Puerto Rico and I started doing wrong things.”

One of Santiago’s new friends got him into selling contraband, and one of their buyers turned out to be an undercover police officer. The threat of a 30-year prison sentence loomed.

“I was smoking a cigarette in front of my apartment after that situation,” Santiago recounted, “and I remember I was meditating over my life, and thinking, ‘How did I get here?'”

His family had raised him with good values but drugs had put him on a lonely path to a destination he never intended to go. As he replayed his life that day, God started working.

“I ran to my bedroom, got onto my knees and called out to God, ‘If You save my life from jail, I will give You my life forever, and I will serve You forever. I will never go back again,'” Santiago said.

A few weeks later, he received the news that his case had miraculously been dismissed. Santiago gave his life to Christ at Primera Iglesia Bautista (First Baptist Church) of Groveton, Va., and things started to turn around. He met his wife Rebeca and answered a call to ministry.

Whenever he traveled back to see family in Comerío, he couldn’t help but notice how little had changed in his old neighborhood. The economic need and spiritual discouragement still permeated the town. As he remembered his past life, Santiago could not anyone ever telling him, “Jesus is the answer.”

Seeing and understanding that need led Santiago and his family to start a new church. There are less than 80 Southern Baptist churches on the island that has a population of about 3.3 million people, which equates roughly one church for every 42,000 residents.

As he was laying the groundwork for the new church, Santiago was back in his hometown staring down one of the worst storms ever to pound the Caribbean — Hurricane Maria.

The hurricane struck a few months after Santiago moved to Puerto Rico with his family, and a disaster that many might have seen derailing the Santiagos’ ministry actually accelerated the process of reaching out to their neighbors

With electricity knocked out, simple day-to-day tasks such as washing clothes became extremely difficult. After help arrived from families on the U.S. mainland and Send Relief, the compassion ministry arm of the North American Mission Board, Santiago and his wife received funds to purchase washing machines and a generator to start a makeshift laundromat. They welcomed people to come and wash their clothes for free.

After a couple months, Santiago read Mark 1 where Christ went to another village to preach the Gospel after healing the sick. He realized that, while the physical aid was a good thing, he also needed to start preaching the Good News.

“God spoke to me through His Word, saying that, ‘It’s good to serve the people … but the reason you are here is for the Gospel,” Santiago said.

On Nov. 12, 2017, Santiago preached the Gospel after serving a hot meal to his neighbors, and he never stopped. One Church Comerío was born. In March 2018, Santiago held the church’s first baptism service.

God has continued to move through One Church, allowing them to secure a building of their own and become a fixture in the community because of the church’s service to their neighbors and faithful preaching of the Gospel.

The physical and spiritual need remains great, and gifts to the Annie Armstrong Easter Offering help to make ministry like Santiago’s possible. To learn more and donate, visit anniearmstrong.com.

Watch a video about Santiago’s ministry: