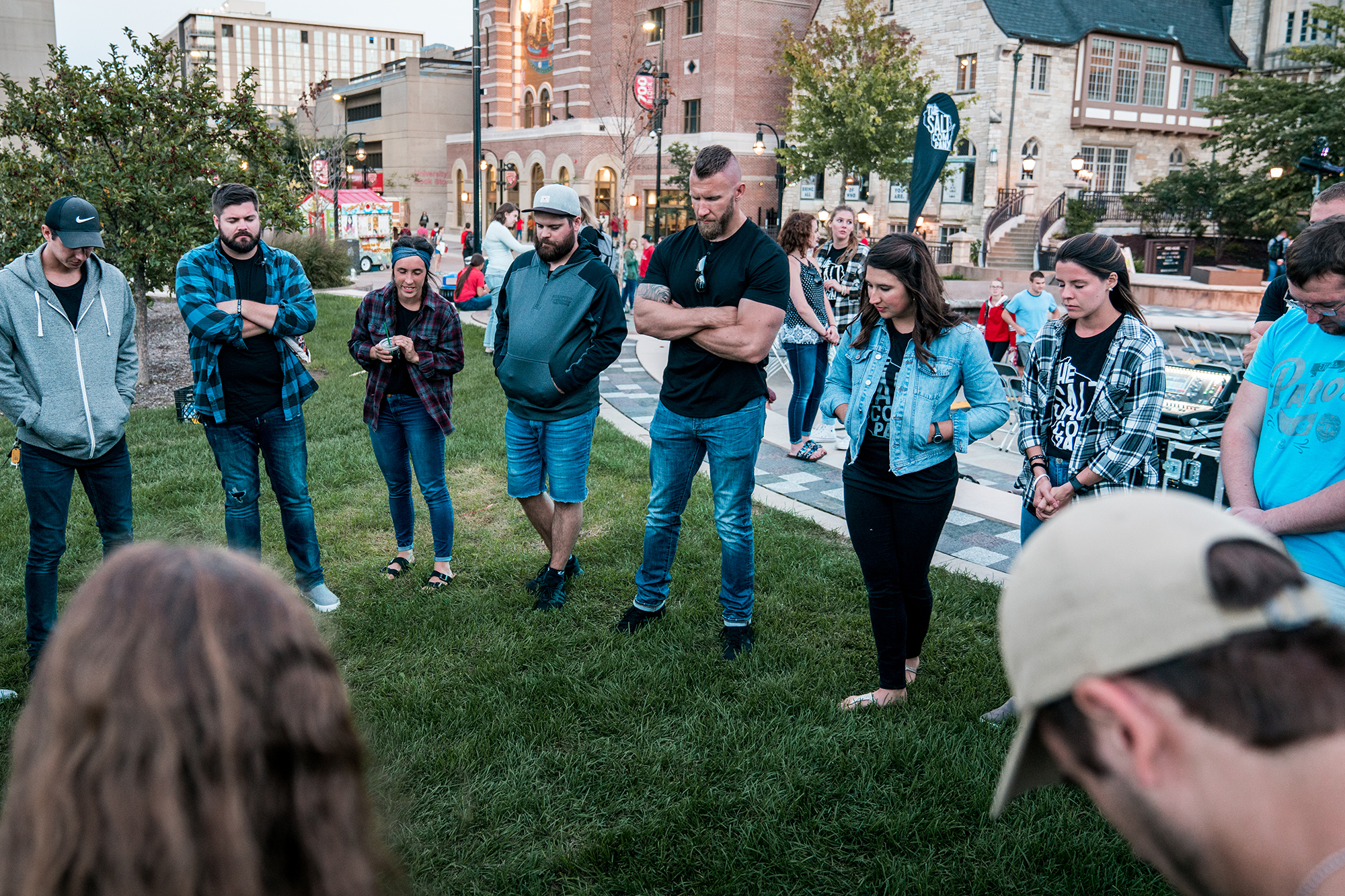 WEEK OF PRAYER: Planting ‘glory’ in a secular city

MADISON, Wis. (BP) — Madison, Wis., is a hub of secularism — home of a population described by some reports as less religious than Los Angeles. The University of Wisconsin is in the middle of the city, where 40,000 college students navigate a campus intertwined with the state’s capital.

Rob and Lisa Warren recently moved their family to Madison to start a church and reach the community in and around the university. They represent a growing church planting movement intent on sending the hope of the Gospel to under-reached university and college towns in North America.

“We want to be a church that’s both for the city and the campus, to reach college students and to be around families, pointing them to Jesus,” said Rob, who with Lisa are parents of two young children.

The Warrens, 2019 Week of Prayer missionaries for the Annie Armstrong Easter Offering, are ministering in a context where many young adults are experiencing new ideas for the first time. These students live in a season of questioning everything yet are often open to discussing and hearing the Gospel, which is why Rob and Lisa love spending time with collegians.

“When we think about Madison,” Rob said, “we think about a place that, like so many other places, just needs the hope that only Jesus can bring. Not only that, but a city that is so strategic in reaching more and more people for Jesus beyond Madison.”

Together with their launch team, the Warrens are planting Doxa Church — “doxa” being a Greek word in the New Testament that means “glory.”

“This is all about the glory, ‘doxa,’ of Jesus,” said Lisa, who helps lead worship and is involved in discipling women in the church and in Doxa’s college ministry. “I think if we get one thing right, that’s what we have to stay focused on, and we have to stay grounded in.”

Before Rob grounded his life in the glory of God, however, he had dedicated himself to football.

“My senior year in high school, my father committed suicide, and that sent my life into a tailspin,” he said. “Feeling a huge void and a massive amount of pain and shame, I gave my entire self to the game of football.”

Rob excelled at the sport and was playing at Bowling Green State University in Ohio when his best friend Andy became a Christian. As Andy’s life began to change, he quit drinking, using drugs and “chasing girls.” Rob took notice.

“From that moment, Andy started to share the Gospel with me, and over the next three years, I began to feel God working in my life as I learned about Jesus,” Rob said.

Over those three years, the lessons Rob learned about Jesus were sinking in, and after one particularly rough night of partying, he sensed conviction of sin for the first time.

“Waking up after a terrible night, I felt so bad but couldn’t explain it,” Rob remembered. “Not knowing what to do, I decided to go to church for the first time.

“That night, I gave my life to Jesus, and God began a fast and radical transformation of my life, desires and passions, which landed me in full-time ministry.”

The transformation in Rob’s life is something the Warrens hope to see duplicated in the lives of countless college students.

“We’re super-passionate about seeing young people meet Jesus and have that change the entire trajectory of their life and take it into their towns, new states and new countries,” Lisa said. “I can’t think of a more strategic group of people than college students to share Jesus with.”

The road to Madison took them through Ames, Iowa, where they trained with Cornerstone Church and became a part of The Salt Network, a group of like-minded Southern Baptist churches with a mission to see churches planted near college campuses across the Midwest.

The North American Mission Board helps resource this movement through the Annie Armstrong Easter Offering. New church plants minister to both college students and the wider community in those cities that play a strategic role in shaping young adults.

“When people give to North American missions,” Rob said, “they’re literally giving to the future of reaching the next generation of North America.”

In their passion and planning for sharing the Gospel, Lisa said, “I think it’s important for us to love the city of Madison well and to be the hands and feet of Jesus and to go into the places that maybe some people wouldn’t normally [go] and love them and share the Gospel with them.”

The story of Doxa Church is just one among dozens of collegiate church plants that are flourishing. Gifts to the Annie Armstrong Easter Offering help to make that movement possible. To learn more, visit anniearmstrong.com.