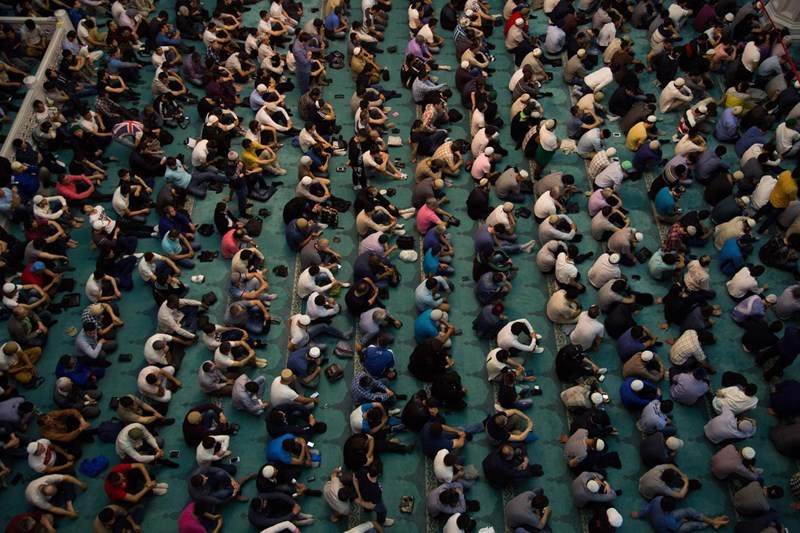 WEEK OF PRAYER: Ministry among Muslims in Moscow

MOSCOW, Russia (BP) — Argun* is tough. He and his friend Carlos*, a businessman who moved to Russia to share Christ with Muslims, spend many nights at a martial arts club in Moscow.

And when they do, Argun doesn’t lose very often.

When he first met Carlos, Argun was very closed to the Gospel, even hostile. He associated Christians with the Russian army, the ones who bombed his childhood home in Chechnya. But ever since Argun moved to Moscow, his friendship with Carlos has softened his heart. He’s reading the Bible, asking questions about Jesus, and trying to make sense of how real Christianity stacks up to the Muslim faith he grew up with. And that, Carlos says, is huge.

Where Argun is from, Islam is part of the fabric of life. Muslim groups are indigenous to the North Caucasus region of Russia, a mountainous area between the Black and Caspian Seas. Chechens live there, but also Circassians, Ingush, Dargin, Avar and Lezghi and 45 to 50 subsets of people, all with their own dialects. It’s a modern-day Babel — geographers once labeled the region “the mountain of languages.”

To say the people there are hard to reach would be an understatement.

The plethora of languages and the lack of local believers have made Scripture translation very difficult. Many of the Caucasus people live and work in virtual isolation in their villages. It’s a lifestyle that has preserved the unique and varied cultures for centuries, but it has also kept them from hearing the name of Jesus.

But the tide appears to be shifting. These days, many of them are moving into Russia’s megacities looking for work, reminding Russia of the historic presence of Islam within its borders. Moscow now has more Muslims than any other European city. Its newly reopened Grand Mosque can hold 10,000 worshipers.

It’s a miraculous move of God to shift them into the city and allow such unprecedented access, according to Elizabeth*, a Christian worker among Muslims in Moscow. “God says, ‘If you can’t go to them, I’ll bring them to you,'” she said. “There’s no better time to be in the former Soviet Union. God is moving Muslims right under our noses.”

And like Argun, many are open to friendships with Christians and, over time and through relationships, learning about who Jesus really is.

“I think he’s really questioning,” Carlos said of Argun. Those kinds of questions are what he, Elizabeth, and others serving in Russia hope and pray for daily.

Watch video about Carlos’ work and share with your congregation during this Week of Prayer for the Lottie Moon Christmas Offering.

Pray for God to continue to draw Muslims in Russia to faith in Christ.

Pray they would have dreams and visions of Jesus coupled with a desire to read the Bible.

Pray for Christians to feel called to develop friendships with Muslims so that they would have the opportunity to share the Gospel with them.