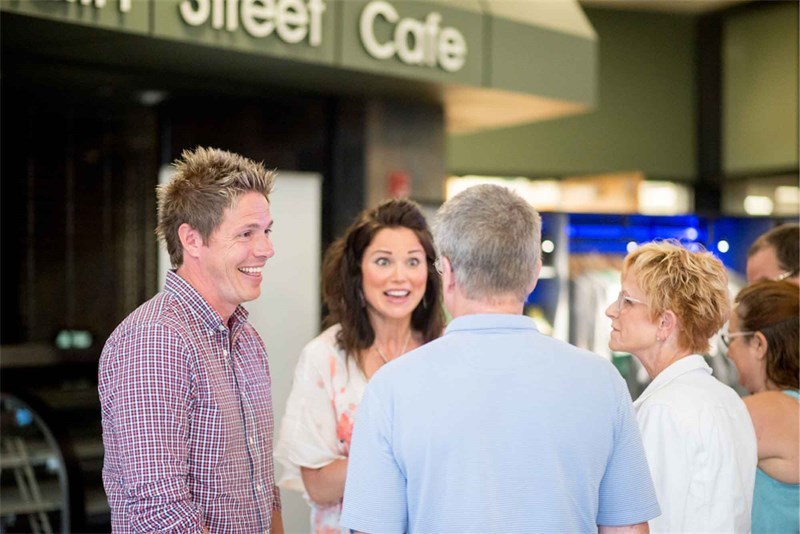 WEEK OF PRAYER: Going the extra mile in Detroit

DETROIT, Mich. (BP) — Known as the headquarters for the “Big Three” in the auto industry — Ford, Chrysler and General Motors — the Motor City through the years has experienced prosperity, population explosion and most recently overwhelming urban decay.

From financial crisis to automotive industry cuts to clean water issues, Detroit’s struggle has affected the entire metro population of more than 4 million people. Violent crimes rank among the highest in the nation. Less than 10 percent of eighth graders in the inner city are proficient in reading. This is a city of hurting people who need hope. Yet, only about 43 percent identify as religious, according to World Population data. Of that number, Catholicism ranks the highest at about 17 percent.

As church planting missionaries, Travis and Jennifer Whittaker want to see Christ bring lasting hope to the metro area by transforming people who will then transform their city. The Whittakers chose a name for their new church inspired by a different side of the city’s heritage: the grid system with roads placed one mile apart. In September 2015, Mile City Church, held its first service.

Every week, Mile City Church meets in the Detroit suburb of Livonia on the campus of Schoolcraft College about 15 miles from the downtown area. “We value helping, we value people and we value helping people move forward,” Whittaker said.

As a church in rented space, each Sunday begins early with a flurry of volunteers setting up signage, nursery space and children’s ministry equipment and turning a conference center into a vibrant and welcoming worship center. The church seeks to provide a message that is relevant and approachable. Whittaker utilizes a range of visual aids, from banners and sermon monitors displaying Scriptures to leaking soda bottles that demonstrate a sermon point about how easy it is for vision to slip away. Families are drawn to the hospitality and children’s ministry with people of all ages responding to the Gospel message.

An online “first-time visitor” video gives guests a brief tour before they ever set foot on the property. And when they arrive, they are greeted with a smile, a handshake and free coffee. The idea: Make everyone feel welcome. Through the Starting Point series, Whittaker teaches the foundations of faith, and throughout the week, small groups called “city groups” meet all over metro Detroit.

Brenda was one of those people seeking hope. After her husband left and her parents passed away, she was looking for something to hold on to. Her children started going to Mile City Church, and she decided to go with them.

“It was so warm and welcoming,” she said. They all attended the Starting Point group together. “It was an awakening. I could breathe. I found out that no matter where I go or what I do, Christ was there to rescue me.”

Whittaker baptized Brenda, and her story is one of many lives changed and celebrated. Smiling and dripping with water from the portable baptismal pool, this reality is something Whittaker doesn’t take for granted. It is his calling coming true, one that was born years ago on a pumpkin farm down the road.

Travis Whittaker grew up working in the family farming business just outside the city. His grandfather was a barber who became a pastor later in life. Travis became a believer at an early age. After college, he struck out on his own as a musician, letting the chords and lyrics testify to his faith — until God called him to do more.

One day, while visiting his family, Travis sat in the old barber chair that once belonged to his grandfather and everything changed. “I never wanted to church plant,” he said. “I wanted to keep singing for Jesus instead of teaching due to my stuttering problem, but I heard the call of God challenge me to lead in a new way that day, and I knew I had to do it.”

When the Whittakers took the leap of faith to plant Mile City Church, they felt called to locate near the farm. “I had to let His voice be the loudest,” Whittaker said. Now at the end of every service, the church planter who never wanted to speak publicly challenges his congregation with a visual reminder, “When you see a mile sign, pray for the Mile City.”

“The vision of our church is helping people move toward God,” he said. “Our discipleship track has seven mile markers: faith, weekly gathering, daily encounter, groups, coaching, generosity and serving.”

As part of the discipleship process, multiple city groups meet in the metro area consisting of about 15 people each. The church also offers topical, short track-style experiences dubbed “explore groups” as another way for people to connect and grow. “I want to get closer and closer to my Creator,” Whittaker said, “and the mile markers help us do that as a church; they keep us on track.”

Whittaker considers raising up and equipping leaders a high priority, both within his community of believers at Mile City and outside the walls as well. “Mile City was never started to build buildings; it was to build His church and make disciples,” he said. “Mile City is a church that wants to plant more churches, to be a sending church and to be a multiplying church.”

As the plans for Mile City develop, growth is the goal — both spiritually and physically. The Whittakers and the men and women serving along with them continue to dream big and pray hard. A more permanent meeting location as well as a second church plant in another part of the city are both on the horizon. But Whittaker isn’t as concerned with plans as he is about the first priority which is always “making Jesus the big deal.”

Watch the video about the work of the Whittakers.

Learn more about the Whittakers at AnnieArmstrong.com.