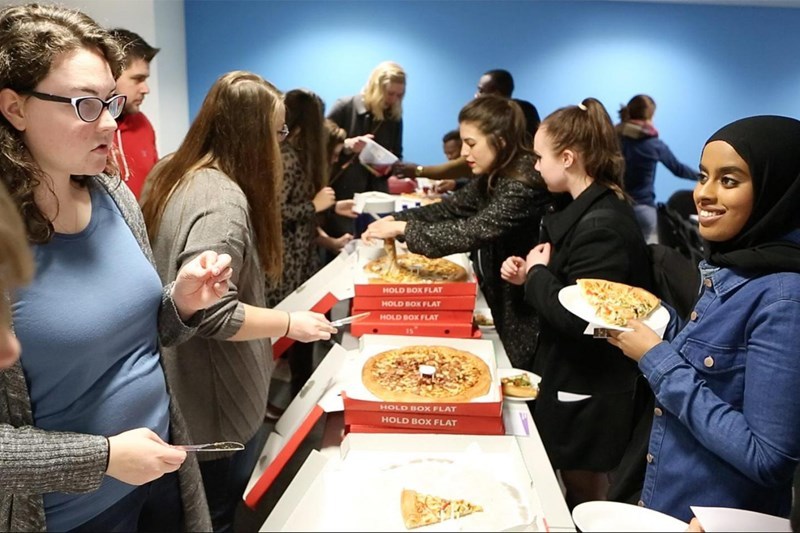 LONDON (BP) — Shane Mikeska’s missions calling and plane ticket didn’t land him in London — a tropical illness did. “It definitely wasn’t part of our plan,” he said. “My wife, Lindsay and I started out in Southeast Asia on an agricultural farm. We loved the people, and we loved the language. But long story short, I got sick.”

He needed to be in a place with a colder climate, and after much deliberation, it looked like England was the place. So the couple moved, and the difference was stark. It wasn’t just the climate that was cold; Shane said the people seemed cold toward Christianity. And the pace of life in England’s cities felt chaotic and hard to engage.

“I grabbed every book I could find on the people of England, and I started going to pubs, campuses, everywhere to try to get to know our neighbors,” he said. “God began to stir in us a love for the people here.” And He began to open their eyes more and more to the tremendous missions field they had been placed in.

“We have the world at our fingertips,” Shane said. “We have an amazing capacity to be senders to the world.” London, the city the Mikeskas call home, reportedly has 300 spoken languages spread across hundreds of people groups from around the globe. It holds 48 universities, with a quarter of that student population coming from other countries.

“We come in contact here all the time with people who haven’t heard of Jesus,” Shane said.

Because of the vast opportunity and size of the task, the Mikeskas have teamed up with other International Mission Board missionaries to divide the city up into strategic groups.

“Our group is the millennials,” Shane said. “London is a young people’s haven.”

The Mikeskas meet people for coffee, feed them meals, and try to create a sense of community for young internationals. And on a regular basis, they experience divine appointments, Lindsay noted.

“We met this guy from Singapore one night and got to talking, and we told him the name of the town we had lived in Southeast Asia,” she said. “He told us he had a friend from the same town.” One night he brought his friend to meet the Mikeskas, and it turns out they had lived on the same street. She even knew the house they had lived in.

“She recalled, ‘I remember when new people moved in and painted it brown,’ and we said, ‘That was us,’ ” Lindsay recalled.

It was confirmation for the Mikeskas that their God is bigger than borders and tropical illnesses and everything else. He’s bringing the world to London from everywhere, Shane said, including the city that captured their heart in Southeast Asia. “And He is doing great and amazing things here.”

Watch a video about missionaries’ work in London and share with your congregation during this Week of Prayer for the Lottie Moon Christmas Offering.

Pray the Mikeskas will continue to make strategic friendships with internationals in order to impact unreached people groups in their city.

Pray for God to put a desire in the hearts of new believers to take the Gospel back to their countries.