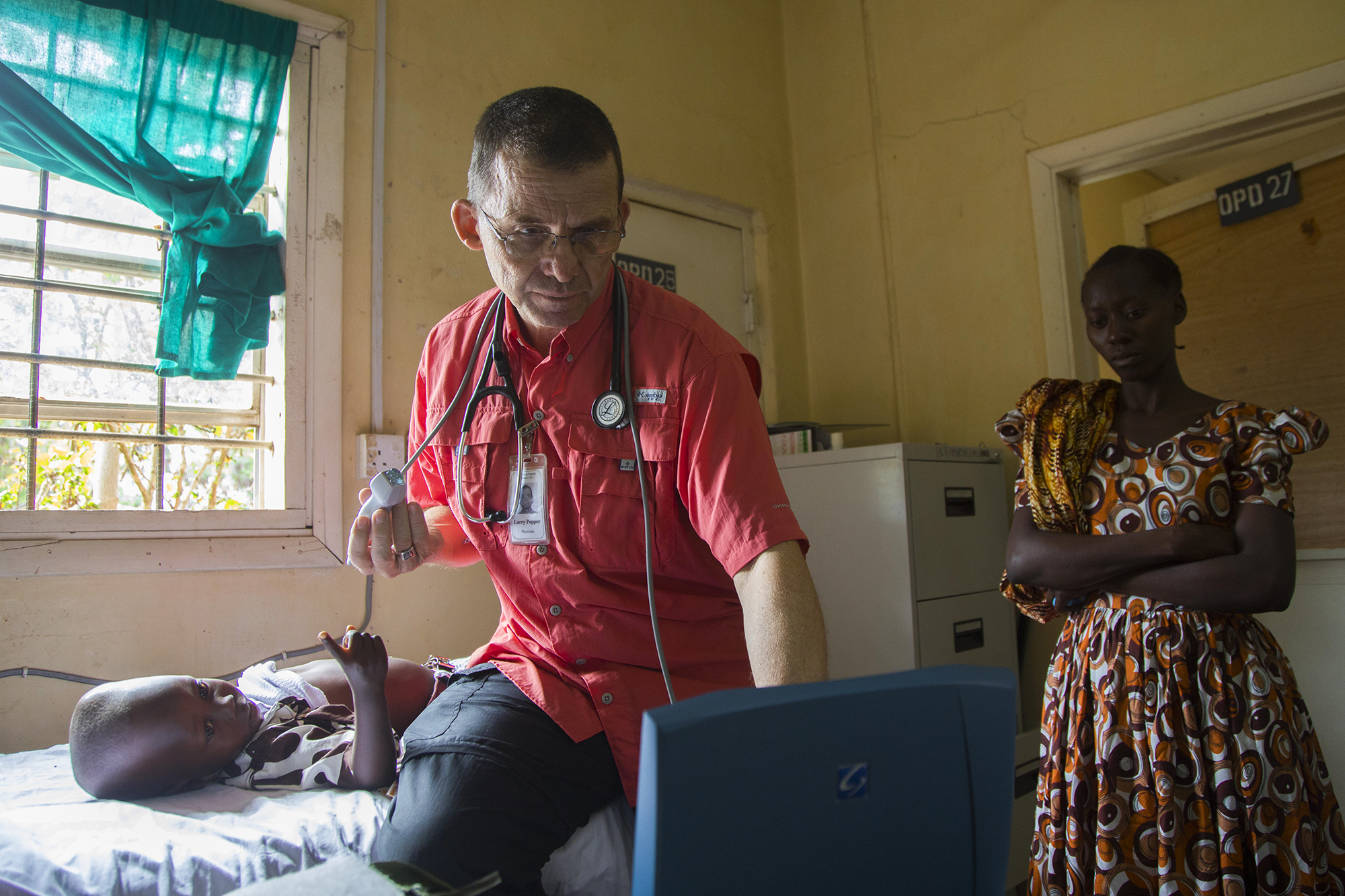 WEEK OF PRAYER: Couple ‘loses’ themselves for lost

AFRICA (BP) — Larry Pepper thought he had been open to God’s leading. He had been praying through the missions book Operation World. And he had been thinking more and more about his impact on eternity as he sat in church every Sunday. But one day the words came clear as a bell right where he sat in Houston, Texas — “You’ve committed everything to Me except your job.”

Larry knew the thought had come from God. He took a deep breath, and he told God to put him and his family wherever He wanted them to be.

“I was beginning to see the world through God’s eyes in terms of lostness,” he said. “For me, that meant seeing if I could use my medical skills in a way that had more kingdom impact.”

Larry’s current work was his dream job. He was a flight surgeon for NASA, providing medical care for pilots and crewmembers. But it soon became evident that God was drawing him to walk away and move his family to serve with the International Mission Board in Africa. To step out in obedience, he had to stomach some major sacrifices — for one, he was selected as a finalist candidate for astronaut duty in space. That was hard to leave.

His wife Sally had some reservations too.

“For me, the hardest part was just wrestling with the fears that kept creeping back in — mostly the fear of homeschooling my kids in Africa,” she said. “But in a moment, God changed those fears, and I had a complete peace that Africa was where we were supposed to be.”

That peace followed her as she, Larry, and their three children moved to Uganda for 12 years, then Lesotho for two, and then Tanzania for eight more.

Through the years, they have spent countless hours at the bedsides of the hurting, leading them to the pages of the Bible and bringing them to lasting hope in Christ. They have discipled university students. They have helped brand new mothers get on their feet and find faith. They have started AIDS clinics and planted churches. They have seen people find life, and they have buried the ones whom death has overcome.

And through it all, they have seen God move in amazing ways, Larry said. The sense of the Father’s loving sovereignty has never left them, from the early 1990s in Texas all the way to today.

“It doesn’t make a whole lot of sense to use weak, sinful human beings in kingdom work, but that’s what God does in our lives,” Larry noted. “We have seen His faithfulness throughout all of these years as we’ve worked here. It has been humbling and incredible to watch.”

Watch video of about the Peppers work