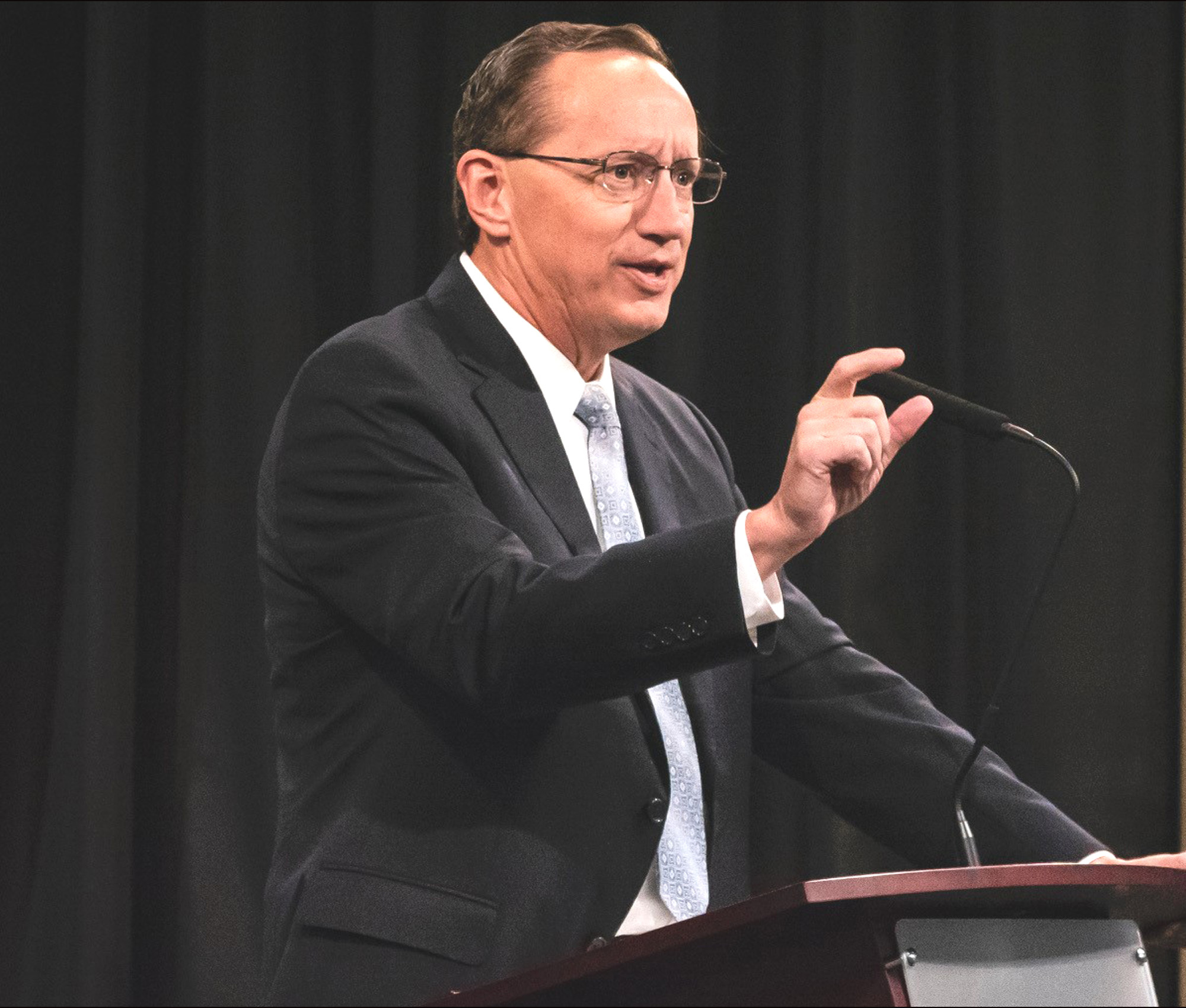 The Brea location closed in July 2018 and its academic operations were moved to the new main campus in Ontario, Calif., about 24 miles from Brea.

“The consolidation of our programs in Southern California is now complete. We are delighted these changes have resulted in solid growth in our work in this region,” Iorg said.

The growth has had a positive impact on seminary finances, Iorg told trustees.

Iorg described to trustees a “timely and intentional, not reactionary” response to training students and employees related to preventing sexual abuse and harassment.

“Gateway adopted a strategy more than a year ago to address these issues,” he said. “The seminary has implemented a three-pronged approach: a major conference in September 2018; training targeted for seminary employees; and curriculum changes mandating training for all students.”

“We are grateful we have finished the transition and preserved significant resources to help ensure future success,” Iorg said. The Brea location is now under contract for sale. Proceeds from that sale will also be added to the seminary’s endowment.

Trustees also commemorated their historic vote five years ago to sell the seminary’s former campus in Mill Valley, Calif., and move to Southern California in addition to changing the name from Golden Gate Baptist Theological Seminary.

Ten trustees remain on the board from that meeting in Portland, Ore., including Milton Higgins who made the motion to sell the property. Higgins, president emeritus of the Baptist Foundation of California, was a student in the first class on the Mill Valley campus.

“It was the right decision at the right time,” Higgins told fellow trustees. “It was an honor to make the motion and now celebrate all God has done as a result of that board decision.”

“It’s the first time we have returned to Portland since that historic meeting,” Iorg said. “At that meeting, the board voted unanimously by secret ballot to the various recommendations necessary to complete the sale and rebranding. It was a sobering moment of unity and foresight by our board.”

Iorg recalled Steve Sheldon, then-chairman of the board, telling him, “There’s one more thing I want to say to you. This is [the board’s] decision and we will not waver. It will be you who takes the heat, but we will not waver in our support. We will stand with you no matter what.”

“The seminary’s mission is to shape leaders who advance God’s Kingdom around the world, not land development, so the decision was clear. After Dr. Iorg gave his presentation, he left the room,” Goeking recounted.

“Milton Higgins made the motion. Somebody seconded the motion. Nobody said anything for a moment. We prayed and then we voted — and the vote was unanimous. How often does that happen in Baptist life? The unity is what got me, and I still get chills when I think of a diverse group coming together and coming to the same conclusion.”

Gayle Fee of Nevada said the Portland meeting was her first as a trustee.

Trustee Terry Turner of Texas said the decision was difficult because he lived in “concrete Dallas and it was such a blessing to be able to come to a beautiful campus that seemed like the Garden of Eden. For a little while, I actually fought the idea because you can’t pay for that kind of beauty. The thing that stood out the most was how prepped we were before the meeting. We spent time in prayer, and by the time we finished the decision was plain.”

Dale Griffin of Oklahoma just remembers the weight of the decision.

“The spirit of the Lord was moving in our hearts. We knew that if anyone in the convention had the information that we had, they would have made the same decision,” Griffin said.

Ralph Duke of Virginia described the 2013 vote as a miracle: “It had to be a God thing. I tell the Gateway story wherever I go, that God is still a miracle wor