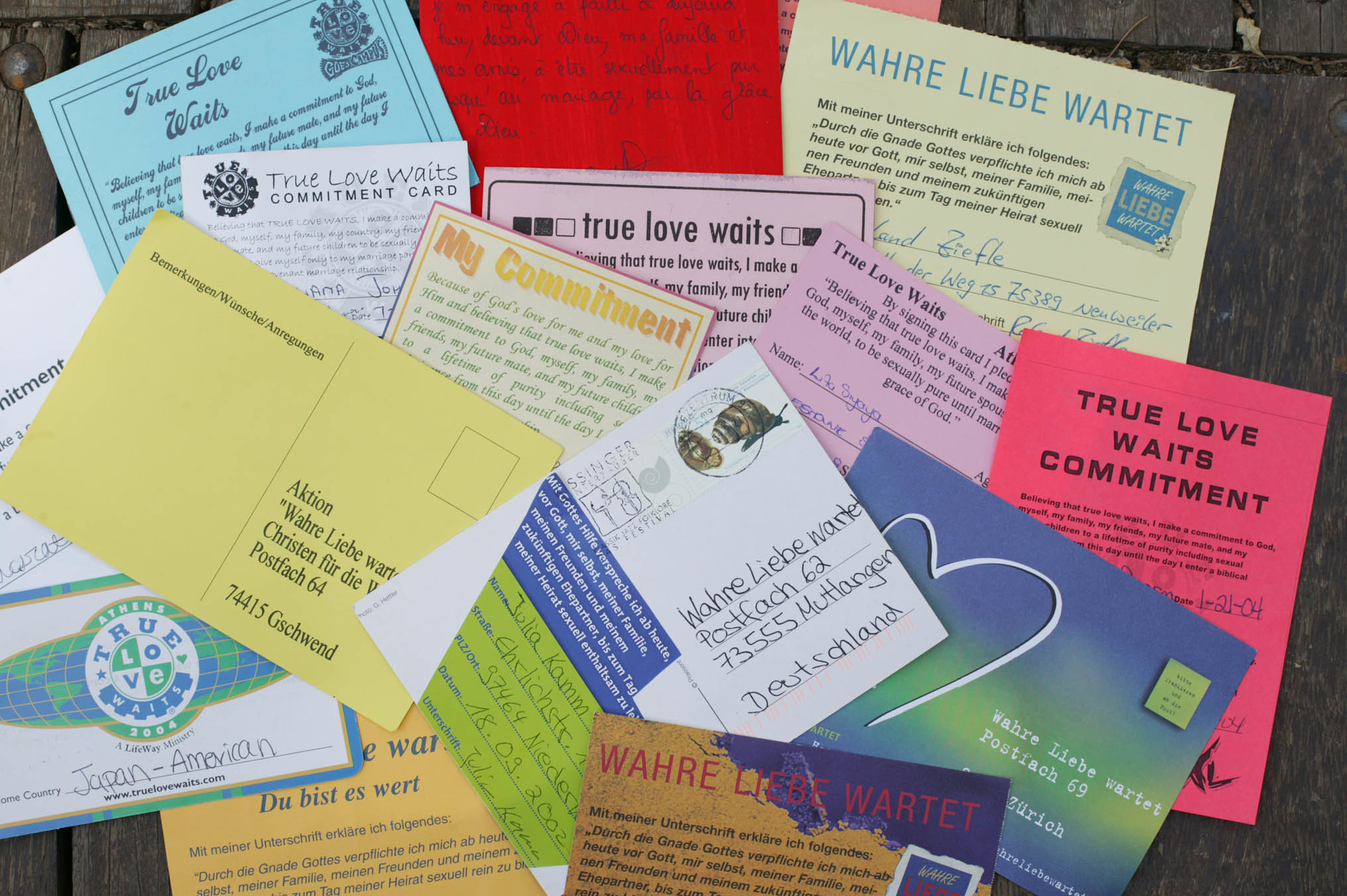 NASHVILLE (BP) — God is the goal of purity promises and of life itself, an author says after removing her True Love Waits ring and penning a blog post that resonated with thousands of young adults wondering where those pledges had left them.

The True Love Waits movement, which began in the early 1990s, has impacted countless lives by its message of purity in a culture that emphasizes the opposite, but somewhere along the way some believers may have focused more on waiting on true love rather than on God.

Churches today see the symptoms of single church girls crashing in their late 20s and early 30s, disappointed that “the God of their youth group years just isn’t working out,” Thornton wrote, adding, “Some of them have prayed their whole lives for a husband, and he hasn’t shown up.”

Many young believers made abstinence-until-marriage pledges and trusted that if they would just wait to have sex they’d receive the gift of true love in the form of a husband, but now they’re finding that time has passed and they’re still waiting, Thornton wrote at gracefortheroad.com.

In comments to Baptist Press, Thornton reflected on how she arrived at a place in her 30s where she has contentment and joy even as the plans she had for herself did not unfold.

“I realized I had set up my own worldview from things I had grown up with and heard in church or seen around me as far as people getting married, that that was just the inevitable next step, and I think that I had God in that box and I was expecting that from Him,” Thornton said.

She started noticing some people who “exuded what it looked like to really, really love God more than anything else,” and she realized she would rather trade the things she wanted for that kind of relationship with God. She started digging into God’s Word, and in the process He changed her heart to receive His best for her.

The popularity of Thornton’s “I Don’t Wait Anymore” blog post led to the book of the same title, which led to speaking engagements where she now has the opportunity to influence girls who are deciding what they will pursue in life.

“It’s not a ‘God-is-your-consolation-prize’ kind of thing, but this is actually the best thing your life could be — the way that God wants it is the one that’s going to get you more of Him, and that’s better than anything you could have dreamed for yourself,” Thornton told BP.

The True Love Waits movement, Thornton said, taught her the importance of purity, and, looking back, she said she wishes she had done a better job as a teenager of grasping the idea that “purity is so that you honor God and know God better.”

“You are maintaining that purity because of your love for God, not because you’re going to trade it in one day for a different gift,” Thornton said.

Blogger and author Erin Davis, who has spent 15 years ministering to young women, has watched talk of abstinence subside. “Stadiums are no longer full of teenagers promising to wait. As I’ve watched the pendulum swing, I’ve had simultaneous urges to cheer and to sound the alarm,” Davis wrote in a blog post on the Southern Baptist Ethics & Religious Liberty website last August.

Leaders today should “broaden the conversation about sex, marriage and intimacy beyond the ‘finish line’ message [that teens] sometimes hear when we ask them to wait,” Davis, a pastor’s wife in Missouri, wrote. “As the church rides this next wave of the sexual revolution, we must teach our young people a sexual theology that goes beyond a few ‘thou shalt nots.’

“But at the end of the day, abstinence still matters and purity and chastity still need to be taught.”

Davis, in the blog post titled, “Why we still need True Love Waits,” described the devastating effect casual sex has had on college-aged women. She noted that the top two prescribed drugs at one state university’s health center were anti-depressants and birth control pills, and she quoted an author who said this is a world “which welcomes every sort of sexual behavior except chastity.”

“These are future wives and mothers, future Sunday School teachers and pastor’s wives,” Davis wrote. “They will sit in our pews and in our women’s Bible studies. The men who make up the other half of this sexual equation will also come into our churches as walking wounded.”

Words like “purity,” “chastity” and “virginity” should still be in the church’s vernacular, Davis wrote. “In this department, perhaps it’s time to teach like it’s 1999. Because true love still waits.”

Lifetime of purity is TLW emphasis

“One answer stands supreme above all others: True love (meaning a life of purity) waits until one approaches the throne at the end of life on earth,” Ross said. “There a Christ follower presents a gleaming gift to His Highness — a gift of a lifetime of sexual purity in mind and body.

As the sexual revolution marches on, most churches now have one or more young believers confused about their gender or about their affections, Ross said, noting that church leaders are scrambling to know how that impacts the True Love Waits message.