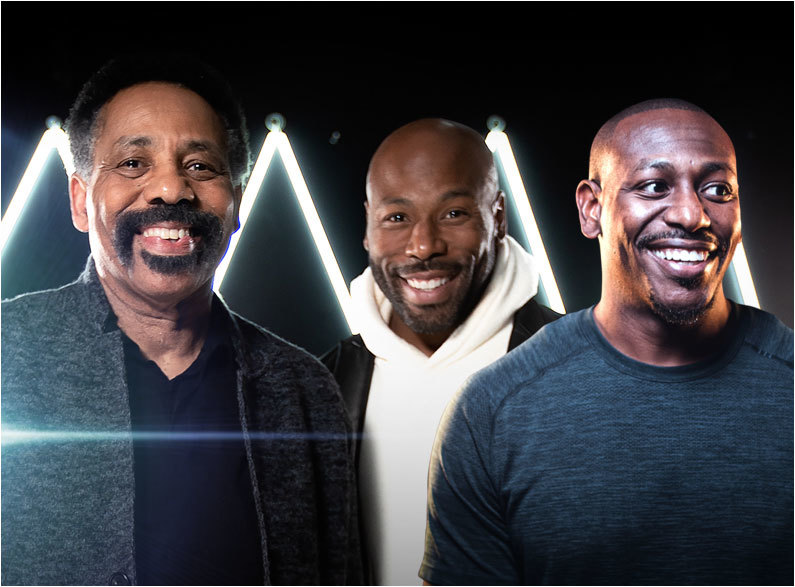 NASHVILLE (BP) — Tony Evans believes there are few moments in life when our need for God is as evident as right now. He also believes it’s a pivotal time for men to lead in their homes, churches and communities with conviction.

“When men come together, God will watch over our land,” he said. “The attack from this virus is an invasion. But if God sees men humble themselves before Him, submit to His authority, repent and get right with Him, then He will see us and respond.”

Teaching from Exodus 34, Evans will challenge the men of this generation to step up, to meet with God and to place themselves under His Lordship — in unity.

“God told men to gather because there would be a collective impact when they gather,” he explained. “God responds to unity. It gets His undivided attention. John 17 tells us God’s glory will show up when there is oneness among His people.”

Evans hopes this Good Friday message will not only take root in the hearts of the men who participate, but will also transform the homes they’re called to lead and the churches where they’ve been placed to serve.

“Families need to see what it’s like when men operate at the kitchen table — bringing their families together not just for eating, but for blessing, instruction and modeling,” he said. “And we want them to take a responsibility in the churches — not to consume, but to contribute — so all the needs of a church can be met to make it strong and impactful.”

Lastly, Evans hopes “Kingdom Men Calling” will challenge men to unify during the current pandemic, which has revealed a critical need for the presence of godly men in communities.

“Their presence needs to be felt in school boards, the athletic arena and the public square,” he said. “They need to speak into a culture influenced for righteousness and justice, so both are walking side by side for good. God calls us to both right relationship with Him and with each other.”

Ultimately, Evans says, he hopes the men logging on for “Kingdom Men Calling” have a transformation of their lives and priorities.

“I want them to understand the implications of being a Kingdom man and prioritize their position under God so He can work through us to transform not only our lives, but everything men touch and are responsible for managing and taking care of under God,” Evans said.

Also featured are Evans’ sons, Anthony — a worship leader, songwriter and author, and Jonathan — an author, speaker and former NFL fullback. LifeWay President and CEO Ben Mandrell will kick off the event with prayer and opening remarks.

After the event, participants are encouraged to download the fasting and prayer guide at TonyEvans.org that has been created as a way for men to further personalize the “Kingdom Men Calling” experience.