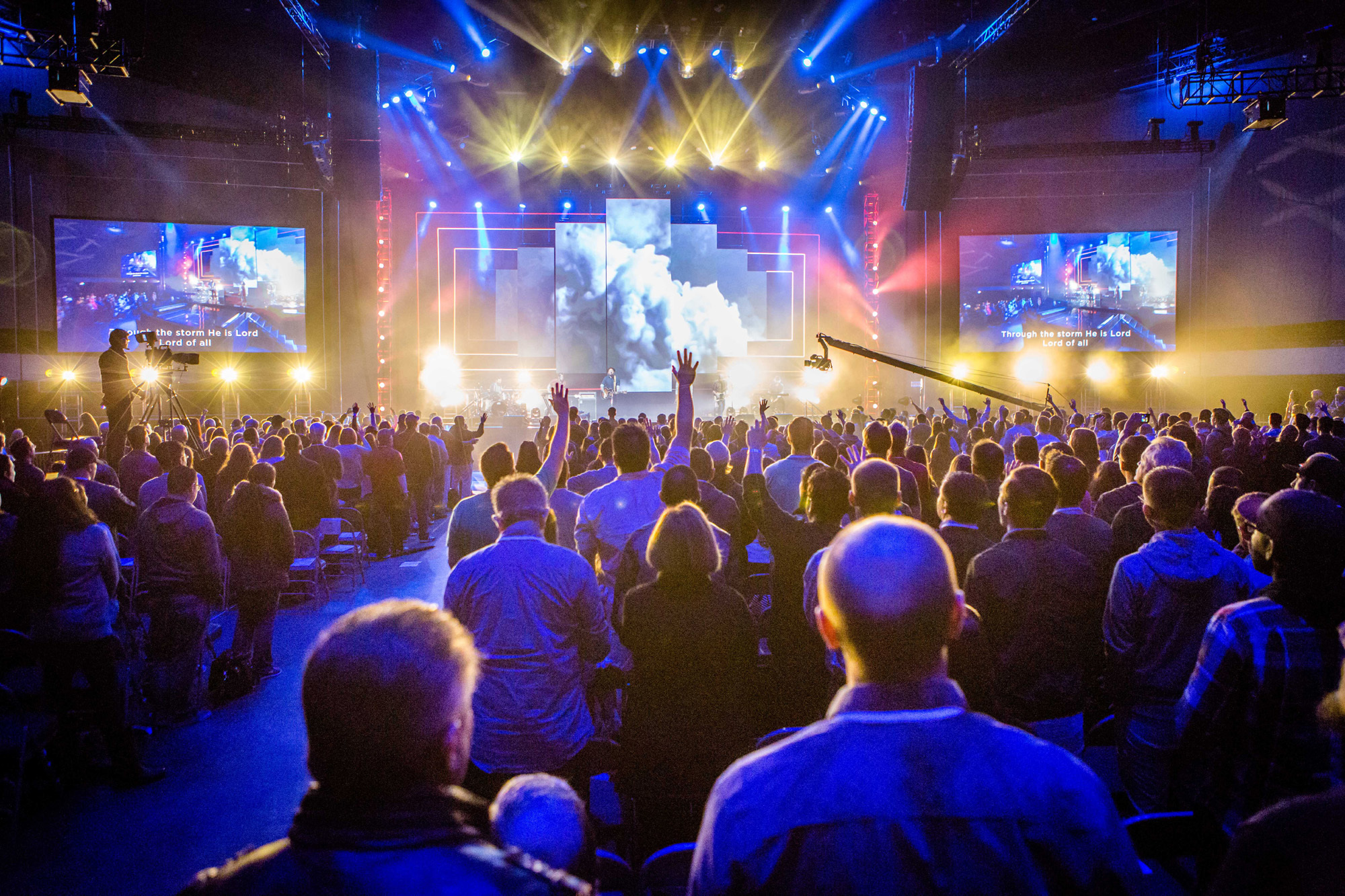 LONG BEACH (BP) — “Redefine” was the charge and challenge at the Long Beach Send Conference — a joint effort of the International and North American Mission Boards.

“I’m not a risk-taker,” Caroline McGibbon, daughter of Canadian church planters Jason and Kimberley McGibbon, said. “I like to stay in my comfort zone. This is my first conference ever, so I guess that’s a start!”

Thirty-two speakers shared biblical insights and first-person experiences around the theme, “Redefine.” They encouraged participants to discover and decide what needs to be redefined in their lives so every part of their lives reflects God’s glory.

“The speakers were great,” Giordano said. “And the music? It was sick!”

Renaissance Baptist Church members Sam Ernst, Eva Arias and Cynthia Lopez — who traveled from Las Vegas, more than 300 miles — wanted to hear how “redefining” their lives allowed them to live on mission.

“Redefine … I thought it meant improving,” said Ernst as he looked at his fellow church members. “I learned that it really means understanding we are not slaves to sin but to God. It’s Him we serve.”

Arias added, “It’s doing something because you know it’s not for you, it’s for your Father — God.”

“And when you do it for Him, it’s not about being ‘right’ but about being righteous in motivation,” Lopez chimed in. “Is this for Him? Then you’ve just taken one thing you did for yourself and redefined it for Him.”

Church planters Steven and Lauren Kimbrell of Grace City Church in Irvine shared about their “redefining moment” when they left their friends and family and moved across the country to plant Grace City Church.

“The biggest redefining moment of our lives was planting our church,” Steven said. “We uprooted from North Carolina to California. God just put Southern California on our hearts, and we chose to obey — to go. We’re five months old now, and it’s been the scariest, best adventure.”

The couple attended the Send Conference to dig deeper into life on mission through breakout sessions addressing topics like how to reach Muslims and how to break out of Christian subculture.

A video depicting the life and sacrifice of a new missionary, Karen Watson from California, was shown during one session. Phil Neighbors, co-pastor of Valley Baptist Church in Bakersfield, was given a letter written by Watson before she traveled to the Middle-East to serve. After she was killed on the field, Neighbors read the letter that said she was willing to lay down her life to serve the Lord.

Hector Jimenez, former minister of music at Valley and now an instructor at California Baptist University in Riverside, wrote a song in Watson’s memory, which was performed during the Send Conference by him and a choir of students from the university.

IMB president David Platt said his hope is that momentum from the conference will have a long-lasting impact for God’s Kingdom.

“God is opening Southern Baptists’ eyes to the reality that each of us has been sent by Him to proclaim His Gospel wherever we live right now and wherever He leads us in the future,” Platt said. “I’m praying that the ripple-effects of these two days will reach far and wide as God uses the men and women sent out from this conference to lead people and people groups to Christ in the days ahead.

“I’m deeply grateful for this coalition of churches we have in the Southern Baptist Convention that makes a conference like this possible.”

John Bilti took a group to the Send Conference in Nashville in 2015. He decided to return with another group to this year’s gathering in California. Since the 2015 conference, Bilti has taken on more ministry and missional roles at his church and in his life.

“I tell you, it’s been good,” Bilti said. “Our young folks are having the best time. The Send Conference definitely helped mobilize and motivate me to be used for God more in my life, you know? I can’t wait for what’s next.”