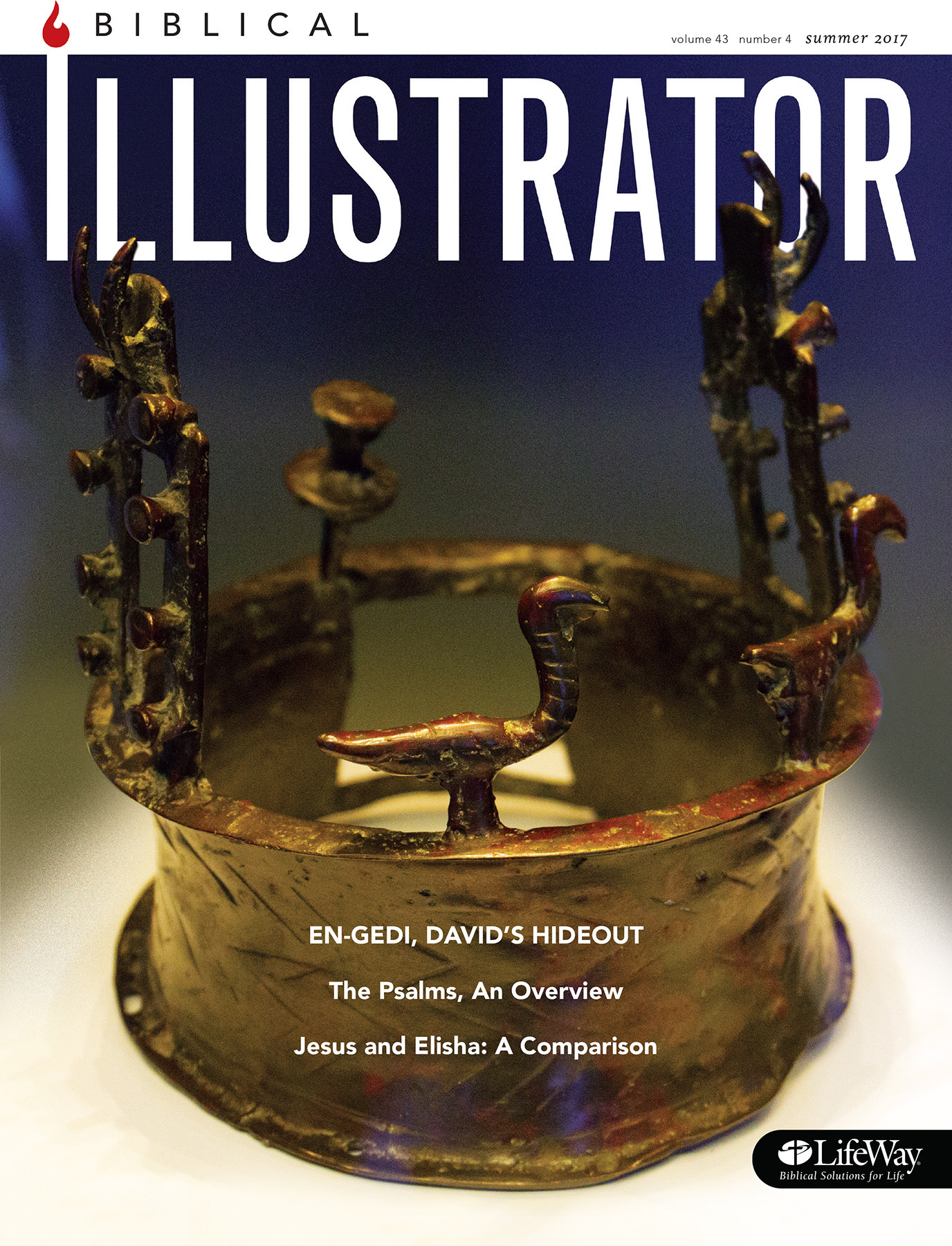 NASHVILLE (BP) — Not far from the western shore of the Sea of Galilee, a biblically significant artifact sat buried under 2,000 years of dirt and debris.

Archaeologists didn’t find it until 2009 when excavating land in Magdala, believed to be the hometown of Mary Magdalene.

From the dusty earth, they uncovered the remains of a synagogue from the time of Jesus. This synagogue was home to a block of stone, carved with images and designs, now referred to as the Magdala Stone. Many archaeologists believe teachers in the synagogue used this stone as a podium or pedestal from which to read the Torah.

And Jesus likely used it during His earthly ministry.

G.B. Howell Jr. and Brent Bruce, who work for Biblical Illustrator magazine, photographed this artifact and many others on a month-long trip to Israel and Italy in August 2016. They visited more than 100 archaeological sites and took an estimated 30,000 photos. The images fill the pages of the summer 2017 issue and future issues of Biblical Illustrator, a quarterly magazine that highlights and explains biblical culture, archaeology, history and language.

“We take these pictures to help our readers visualize and make the Bible come to life, but nothing can compare to actually being there,” said Howell, Biblical Illustrator’s content editor.

Through articles written by scholars and images from trips like this one, the magazine explains the history and culture behind the content in each of LifeWay’s Bible study curriculum lines — Bible Studies for Life, Explore the Bible and The Gospel Project.

On this trip, the photo checklist included the caves where David and his men hid from King Saul; a church that sits where Peter denied Jesus three times, according to tradition; and the spot in Bethsaida where Jesus likely fed the 5,000.

Images from these locations and more appear in the current issue of Biblical Illustrator, along with articles on the life of King Saul and Simon Peter and the message of meals in the Bible. A photo of a ritual object found hidden in a cave near En-Gedi, also taken on the trip, is featured on the magazine’s cover.

“Biblical Illustrator is visually intense,” Howell said, “and the images are designed to teach. It’s not just fluff or decoration.”

In their time working for Biblical Illustrator, both Howell and Bruce have traveled to Israel to capture images for the magazine multiple times. They photograph as much of the country as they can — beaches and mountains, deserts and forests, rivers and ravines. Howell said they avoid touristy spots or places they’ve already been and instead seek out more obscure locations.

“We keep a running list of places where they have done archaeological work, made significant finds, or places that we have not been to,” Howell said.

In the 2016 trip, Eric Mitchell, an archaeologist and assistant professor at Southwestern Baptist Theological Seminary in Fort Worth, Texas, traveled with them and helped coordinate regional planning.

“We were walking eight or 10 miles a day, seeing multiple sites,” Mitchell said. “From morning till dark, we were on the move. It was a fun trip, but it was physically taxing because it was work the whole time.”

Bruce, the main photographer for the trip, said he often took the same photo at five different exposures, just to ensure he had plenty to work with once he returned to LifeWay’s home office in Nashville.

Coming home from a month-long trip with 30,000 new images may seem overwhelming, but Howell said it all connects back to the big picture.

Lib Moore Jones, a Biblical Illustrator subscriber in Durham, N.C., has been reading the magazine for at least 13 years. She said it’s helped her gain a deeper understanding of the Word of God as she teaches a Bible study in her home.

“To see where Jesus walked, follow Paul’s missionary journeys or view the Isle of Patmos where John was imprisoned — all enrich our understanding of Bible stories,” Jones said. “Also, articles which illuminate biblical words, customs of the day, idols, enemy rulers and nations are a blessing in our understanding of Scripture.”

Bruce and Howell’s interest in archaeology and biblical culture extends beyond the pages of Biblical Illustrator. Bruce teaches a senior adult class in his church, where he shares what he learns through his work. Howell, who has a master of divinity and a Ph.D., has done the same several times in churches where he’s served as an interim pastor.

For both, it seems the goal is simple: helping people understand the Bible better.

“If we can make God’s Word real to people,” Howell said, “God is using us in ways we never imagined.”