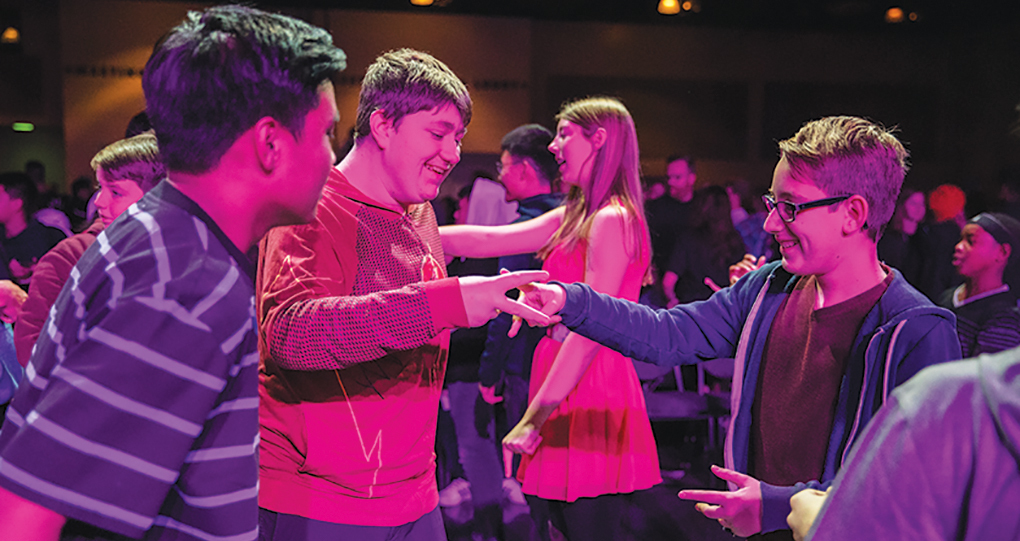 Students Made Alive at Ignition

ONTARIO — Legacies are a vital part of our world, and the annual Ignition Student Conference in Ontario is no exception.

Nearly 1,000 students, leaders and volunteers gathered at the Ontario Convention Center Dec. 27 for the three-day event. They engaged in worship, listened to speakers, helped with mission projects and enjoyed free time, all designed to bring them closer to Christ and to be “Made Alive” in Him, theme of the 2018 Ignition.

Many students and volunteers are veterans of the conference.

“For as long as I can remember my church has taken their youth group to Ignition and I very impatiently and eagerly waited for several years before I could go,” said Aniston Kearney, a sophomore homeschooled student. “I desired to go because I heard how much fun my older siblings and their friends had on the trip.

“I quickly learned (Ignition) is a great opportunity to further my relationship with God — the fun is just a bonus.”

This year was Kearney’s third. She would like to be a leader one day when she’s old enough.

“Being able to see students experience Ignition like I have would be a tremendous blessing!” she said.

Audrey Ang, a junior kinesiology major at Fresno State University, has attended Ignition for five years. She began attending as a student in 2013 and became a behind-the-scenes volunteer in 2015.

“The biggest change I have seen in transitioning from being a student to being a leader is seeing all the work that is put in and how things work — you gain a bit more of an appreciation for the event.

“I love seeing the magic happen!”

Ang plans to volunteer next year as well.

Sherann Kim, California Southern Baptist Convention student evangelism specialist and Ignition coordinator, also was once a student at the conference. She said it is humbling to go from being a student, when the conference was called Tsunami, to now running things.

“I believe in this conference because of my experience as a student. I’ve seen the changes it makes in kids’ lives,” Kim said.

Beaty, senior pastor of Clovis Hills Community Church in Clovis, encouraged the students to find their identity and be Made Alive in Christ.

“You build your life on what you love,” Beaty told the group.

Mission projects are always a big part of Ignition. This year students had the opportunity to visit residents at a local senior center, paint fencing at Friendship Missionary Baptist Church in Ontario, clean up the grounds at Fontana High School, or prayer-walking and door-to-door evangelism.

More than a dozen breakout sessions were offered for both students and leaders. Among the topics were, “Apologetics,” “PLUM: A Theology for Sexual Purity,” “Red Light, Green Light Evangelism” and “Technology & Ministry.”

During a worship session the second day, students were given the opportunity to donate financially to a worthy cause.

Kim said one of her biggest surprises as Ignition coordinator is how generous students are.

“We’ve seen an increase in students seeing a need and being willing to sacrifice for a cause that is bigger than themselves,” she explained.

This year was no exception, as students and their leaders banded together to give more than $4,000, which will be used for victims and disaster relief efforts in the wake of the Camp Fire in Northern California.

(Lee is a photojournalism major at California Baptist University in Riverside.)