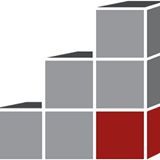 Strongtower to dissolve by year-end

Directors also approved infusing up to an additional $100,000 for Strongtower if necessary to cover expenses as the beleaguered subsidiary “winds down and dissolves.”

Philip W. Kell, president of the Foundation, said the dollars made available will be used only if needed, and he expects Strongtower to close by the end of 2012.

The subsidiary began encountering difficulty in 2008 due to the “great recession.” With the lingering economic downturn, the organization never recovered.

At its peak, Strongtower provided financial guidance and capital to churches and Christian non-profit religious organizations to facilitate construction and permanent lending. Strongtower was one of the largest underwriters of church mortgage bonds in the United States and provided more than $1 billion in church bond offerings and other financial services to thousands of churches.

The California Plan of Church Finance was started in October 1993. Services were added and the name changed to Strongtower in June 2006.

On March 9 Reuters, an international news service, reported banks were “foreclosing on churches in record numbers which represented a new wave of distressed property seizures triggered by the 2008 financial crash.”

The wire report noted that since 2010, 270 churches have been sold after defaulting on their loans. The article said the highest percentage have occurred in some of the states hardest hit by the home foreclosure crisis, including California.

Concerning church loans, Kell said the $100 million Church Loan Fund continues to be liquidated after defaulting in 2010. He noted that process will take several years.

Kell also reported a forbearance agreement to restructure the $42 million Church Capital Fund with Reliance Trust, one of the largest independent trust companies in the United States, based in Atlanta. The restructure should be completed in September.

With the close of Strongtower, Kell said the Foundation still would provide some church financing services, but primarily through “key partners in the industry.” Since the organization will no longer be involved in the church bond business, Kell said the Foundation has “forged a working relationship with several other broker/dealers,” primarily Share Financial Services, Inc., a church bond company in Dallas.

Others with which the Foundation is working include Cambridge Capital, Ameriprise Financial and Reliance Trust.

Kell told directors, “The future of the Foundation lies not in church finance work, but in the work of our trust division as it continues to provide trust and fiduciary services to California Southern Baptists. We exist to raise and manage financial resources for California Southern Baptists so we can distribute income to Baptist causes, and it is that portion of our work which will be our focus moving forward.”

Kell’s report included a 10-year summary of the Foundation’s trust division accomplishments, which include commitment of $253 million for Kingdom causes through wills and trusts. Those that will benefit most from these commitments are CSBC churches, $73.1 million; CSBC, $38.4 million; California Baptist University, $33.4 million; and the International and North American Mission Boards, $30.9 million.

He also noted that during the same time period, trust and endowment assets under management increased $37 million for a total of $92.2 million. Additionally, Kell said during those 10 years, the Foundation distributed $38.7 million to individuals and Kingdom ministries.

The guiding principles adopted by directors include a definition of an operating foundation; priorities; compliance and competence; trust; investment decisions related to Foundation, institutional and fiduciary assets; and new business ventures.