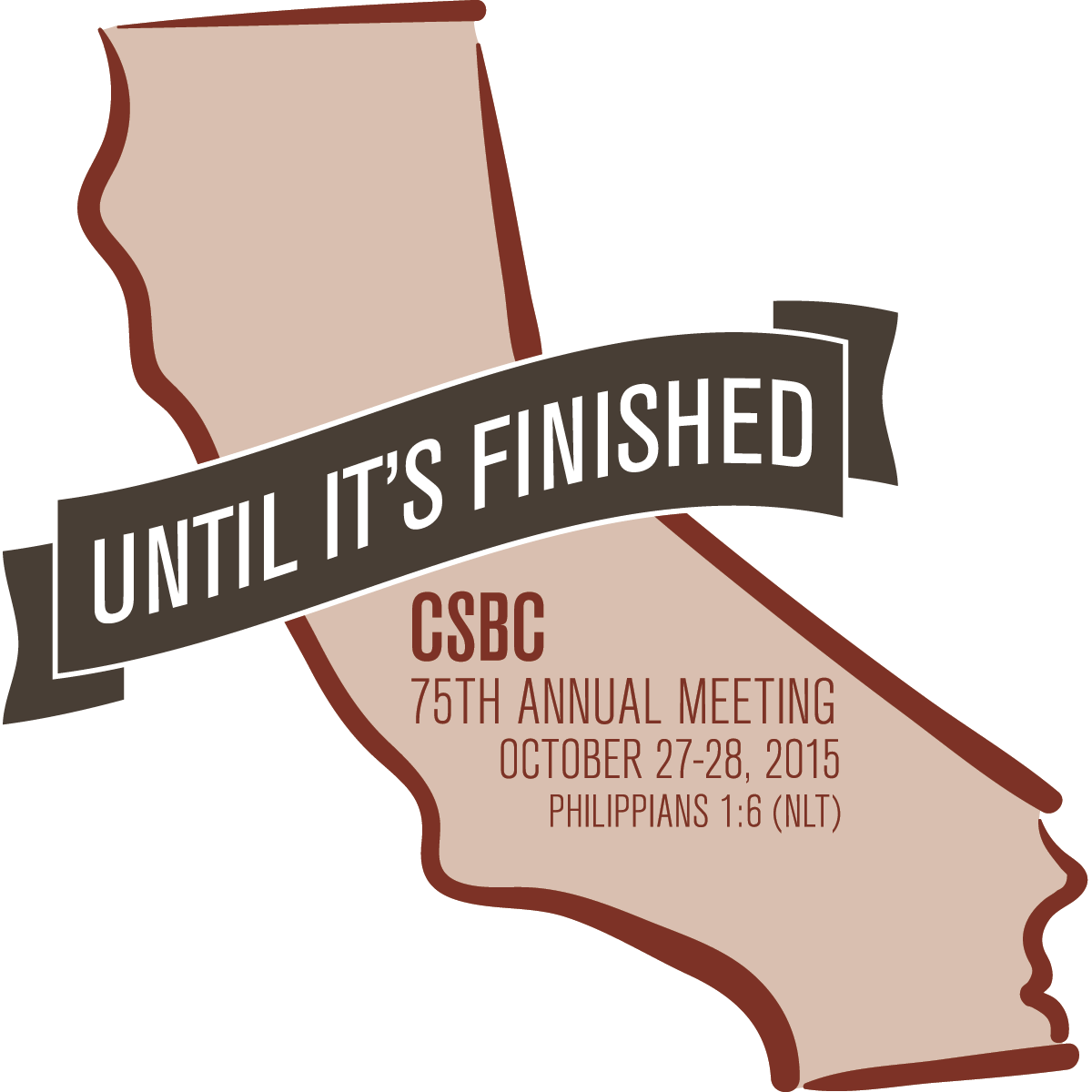 BAKERSFIELD — California Baptists will celebrate 75 years of ministry in the Golden State when they gather at Valley Baptist Church in Bakersfield Oct. 27-28, for the 2015 California Southern Baptist Convention annual meeting.

“Until It’s Finished” is the theme of the gathering, which will feature a historical perspective of the Convention and its entities during the Tuesday evening session.

Daniel Cassels, pastor of Life Way Fellowship in Santa Maria and chairman of the CSBC committee on convention operations, said the theme was selected because “we recognize that California Southern Baptists are here today because of those who invested in us, our churches, our associations and our Convention.”

Even though it has been a great process over the past 75 years, “this isn’t the end,” Cassels said. “We know that California Southern Baptists will continue to minister in our communities until Jesus returns and it’s finished.”

Cassels noted the committee looked at the order of business over the past few years.

“One of our desires was to find a way for messengers and guests to leave with more than just information. We want them to leave equipped to minister in a more effective way.”

In order to achieve that goal, several workshops will be available on Wednesday. Cassels said they would be offered from 7:30-8:45 a.m. before the third session and from 1:00-2:15 p.m. after the convention adjourns.

In order to help facilitate the afternoon workshops, he noted Disaster Relief volunteers will prepare lunch, enabling those wishing to attend a workshop to stay on campus.

Cassels added that offering two workshop times provides the opportunity to attend two instead of one.

“Through video on Tuesday night, we’ll take a look back over the past 75 years to see how our Convention has grown and met the challenges of a changing society over the decades,” he explained, adding CSBC institutions and entities also would present an historical perspective.

Tuesday night also will feature the California Baptist University choir and orchestra, a report from the California Baptist Historical Society with recognition of all past Heritage Award winners, music indicative of the past seven decades and an inspirational message from Frank Page, president of the Southern Baptist Convention Executive Committee in Nashville.

After the Tuesday evening event McCullough noted there will be a reception with historical displays on view.

“Messengers and guests also will walk away from the evening with a souvenir program containing lots of CSBC historical information, a DVD of the videos produced for the anniversary meeting and clear instructions for preserving local church history,” McCullough added.

Messengers and guests also will hear a report from the CSBC committee on resolutions, credentials and membership about the process for admitting churches into the Convention.

Other business will include electing members, trustees and directors to serve on the CSBC Executive Board, California Baptist University and California Baptist Foundation, respectively. The three entities will present reports during the meeting.

Messengers also will elect individuals to serve on Convention committees.

“Based on the business of which we are aware,” Cassels noted, “there is adequate time for business and discussion to take place.”

The annual sermon will be presented by Roger Spradlin, co-pastor of Valley Baptist Church in Bakersfield. Also addressing the body will be Fermín A. Whittaker, CSBC executive director, and Randy Bennett, CSBC president and director of missions for Kern County Baptist Association.

Bennett, who has served one term as president, is eligible for a second, one-year term. Other officers to be elected include a vice president, music director and recording secretaries.

Other meetings before Annual Meeting

For more information about the CSBC annual meeting and related events, visit www.csbc.com/annualmeeting.