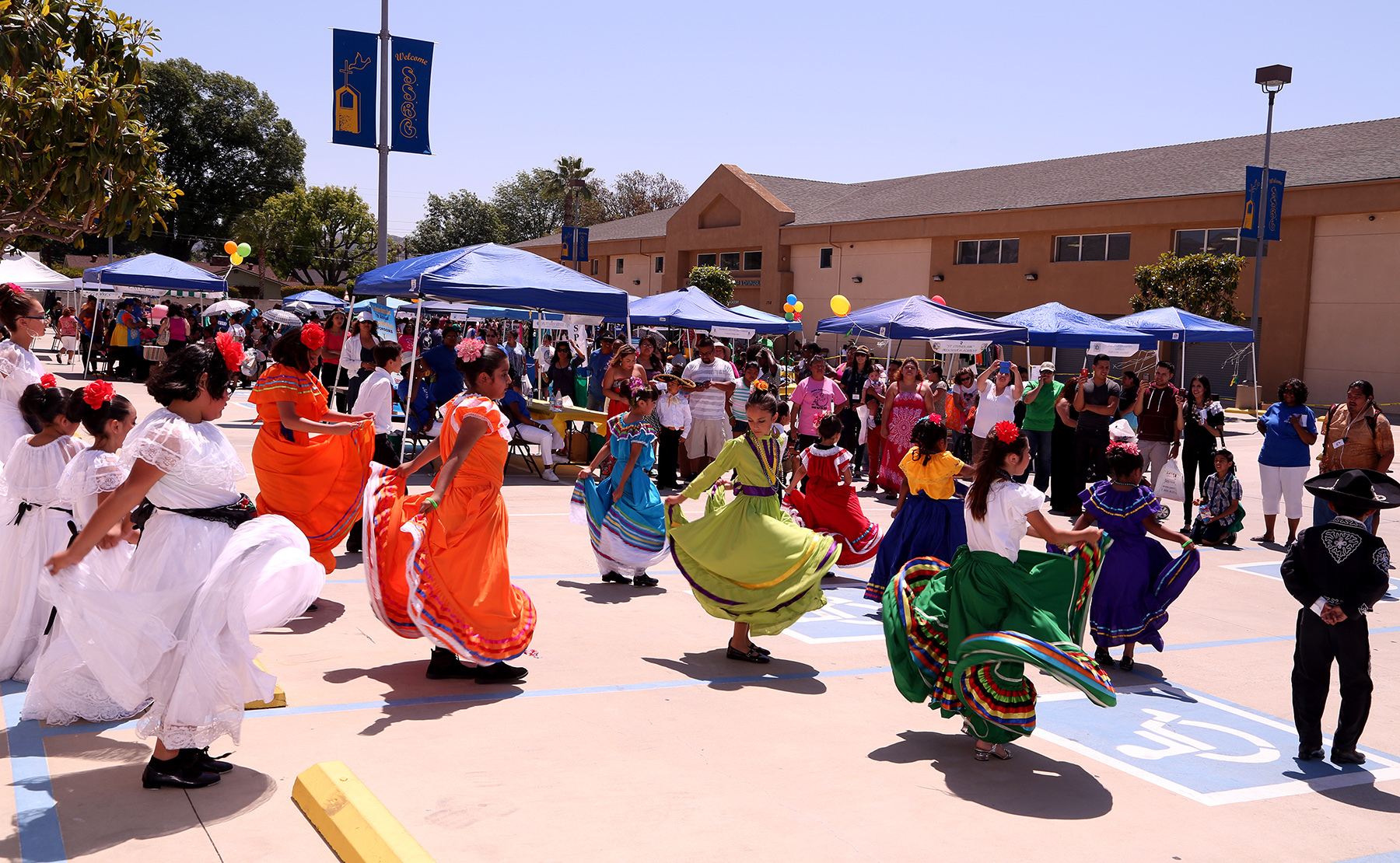 LA PUENTE — At the end of a Black History Month-themed
service at St. Stephen Missionary Baptist Church in La Puente, Pastor Anthony
Dockery rose to tell the congregation about a recent mission trip to El
Salvador. The mission team had served in the hometown of Jose Rivas, one of the
pastors at St. Stephen.

Beyond “Good morning” and “God
bless you,” Dockery had to rely on Rivas for translation, he explained.

The African-American
congregation enthusiastically applauded the news that 500 people came to a
party hosted by the church in El Salvador.

Nationally, denominations and
church networks are looking to bridge the gap between Anglo and
African-American churches. But in La Puente, St. Stephen finds itself working
in African-American and Hispanic communities.

A 4,000-member church with a
51-year history, St. Stephen has seen the La Puente area change drastically
over the past few decades. Years ago, the neighborhood surrounding St. Stephen
was primarily African-American. Latino residents now account for 85 percent of
the city’s population, and less than 2 percent of residents are
African-American, according to the US Census.

Longtime church members have
moved further into the Inland Empire of Los Angeles, Dockery said, yet many
remain loyal to St. Stephen and commute back on Sunday mornings.

Still, it’s not certain that
younger generations will continue the practice, Dockery noted.

“It’s important for the church
to be relevant to its community as well.”

The El Salvador native came to
La Puente to establish a new church, and St. Stephen volunteered its space. In
December 2013, however, the Spanish-language ministry decided to merge with St.
Stephen’s existing community rather than start from scratch.

“Their way of doing ministry
aligned with what we wanted to do with our Spanish church,” Rivas explained.
“St. Stephen has a tremendous program in leadership and Christian education.”

About 100 people now attend a
Spanish service, held while the predominantly African-American English speakers
are in Sunday school classes.

The Spanish-speakers have
their own adult Sunday school, using the Spanish edition of LifeWay Christian
Resources’ Bible Studies for
Life curriculum. Children and English-speaking
young people are incorporated into the English Sunday school.

While services remain
segregated due to language, other activities, such as the church picnic and
basketball league, are for everybody, Rivas said.

One of his challenges is
making sure the wider community knows the historically African-American church
has a Spanish-speaking ministry.

The church reaches out to the
local community through a food bank, and a block party where people can access
donated clothing and basic medical services. Since the Spanish ministry began,
more Hispanics have started attending the event.

“That has been a blessing to
the church,” Rivas said.

St. Stephen’s approach to
reaching its community is similar to how Rivas started an outreach in his
hometown. He and his sister brought cake on a visit seven years ago and invited
neighbors to come to a “birthday party” — 60 children showed up.

The next year, they repeated
the party and spread the invitation further. More than 300 kids showed up. At
that point, they started to organize Bible study classes and establish a
church.

Whether in El Salvador or
their own backyard, missionary work “has united us more in serving God,” Rivas
said. “We believe church is to serve the families, obviously starting at home
in our Jerusalem, which is here in La Puente.”

“Whenever you bring races
together like this, it’s God’s power,” Dockery added. “Love indeed conquers
all.”

(Reprinted with permission
from Facts & Trends, a publication of LifeWay Christian Resources.)