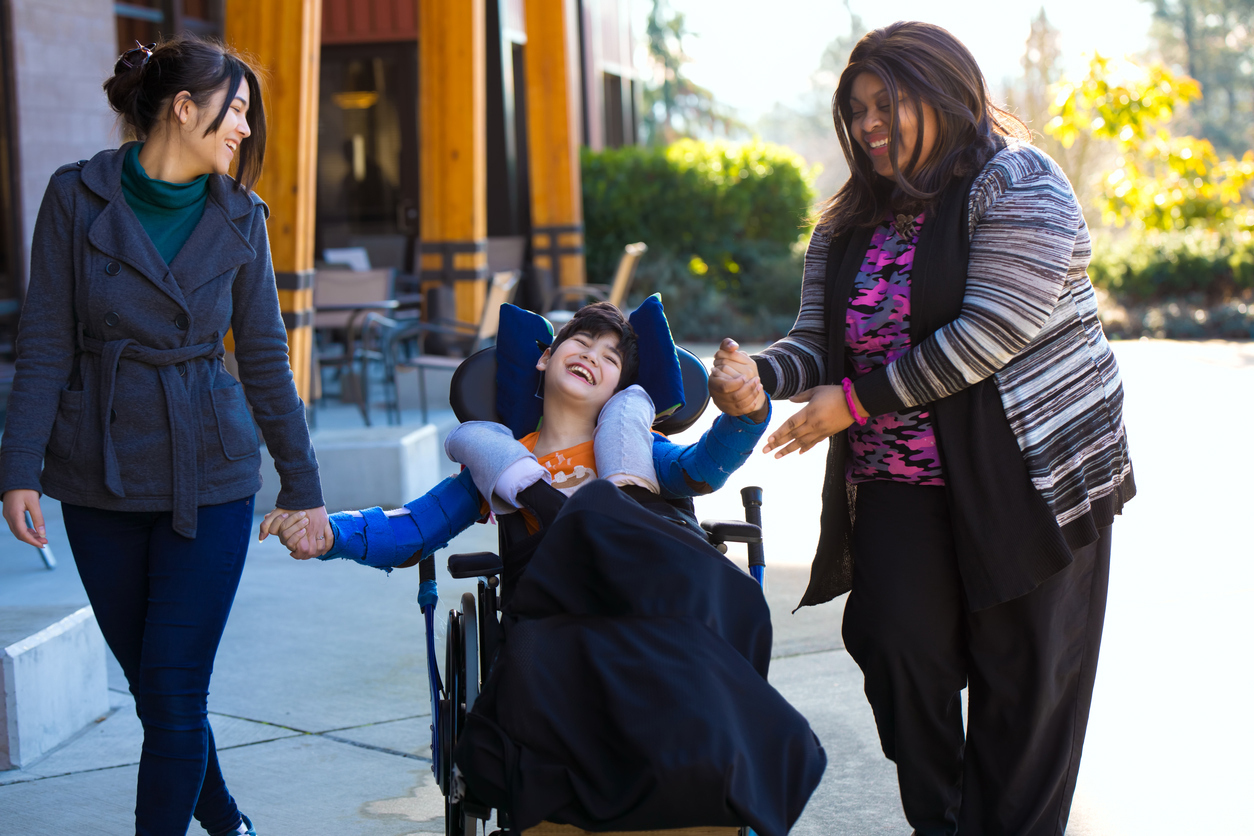 ALVIN, Texas (BP) — Any church with at least one member with a medical, mental or psychological disorder such as autism or ADHD essentially has a God-given special needs ministry, pastor Lee Peoples told Baptist Press.

Intentionally meeting the practical and spiritual needs of just one special needs member can mean the difference in reaching whom the pastor characterizes as “an unreached people group within our nation.”

“People with special needs, disabilities, are often — in churches — some of the most underserved groups,” said Peoples, pastor of Heights Baptist Church (SBC) in Alvin, Texas, and the father of 10-year-old James who has autism.

Research supports Peoples’ assertion. Children with chronic health conditions that impede communication and social interaction are most likely to never attend church, according to an analysis in the July 2018 Journal for the Scientific Study of Religion (JSSR). In findings consistent for the past 15 years, children with autism in particular are twice as likely to never attend church as children without special needs, researchers said.

Church-based and independent Christian ministries across the U.S. are working to reverse the findings, helping families thrive while caring for special needs children of all ages.

Among these ministries is Jill’s House, opened in 2010 by then pastor Lon Solomon of the multisite McLean Bible Church (SBC) in Virginia, Maryland and Washington, the current pastorate of International Mission Board President David Platt. In Fayetteville, Ark., 99 Balloons is equipping churches to lead respite ministries in the U.S. and abroad. In Chagrin Falls, Ohio, Key Ministry is aiding and training churches and parents who serve and rear children with special needs.

“When we came to Heights, one of the things Heights Church talked to us about early on was a desire the church already had to have a special needs ministry,” Peoples said. His wife Sandra, executive editor and social media manager for Key Ministry, also has a sister with Down syndrome.

Church is as important to people with disabilities as to those without such characteristics, according to research JSSR reported. Consistent church attendance among children and adolescents is associated with improved mental and emotional health, higher self-esteem and overall wellbeing, researchers said.

Heights Baptist special needs ministry director Lisa Rose, whose niece has the genetic disorder Angelman Syndrome, was personally aware of the struggles special needs families face before her church began its ministry in 2017.

“They finally just stopped going to their church because it was so hard,” Rose said of her brother’s family. “We (Heights Baptist) had a lot of special needs in our church that just weren’t being served. So we said, we haven’t helped you, how can we fix this?”

Heights Baptist augmented its special needs ministry by investing about $3,000 to convert two church areas into sensory-friendly rooms, pairing special needs members with chaperones aided by the Special Buddies curriculum of LifeWay Christian Resources, and establishing a respite program for parents and caretakers through 99 Balloons training and curricula.

Matt and Ginny Mooney of Fayetteville, Ark., founded 99 Balloons as a Christian nonprofit in 2007 in honor of their son Eliot, who was born with the chromosomal disorder Edward’s Syndrome and lived 99 days. A main 99 Balloons component is rEcess respite care, spelled with a capital E recognizing Eliot.

“They’ve laid it all out and made it so easy,” Rose said of 99 Balloons. Heights Baptist has held at least three rEcess sessions, Rose said, with as many as a dozen families from the church and community benefitting.

“It’s acceptance,” Rose said. Special needs families “have to know, one, that they’re welcomed. It doesn’t always look pretty and it doesn’t look the same, but we’re flexible and we’re open, and we’re ready for whatever’s coming.”

Heights Baptist is one of nine Southern Baptist churches in five states offering rEcess, 99 Balloons’ registration list shows. The Mooneys began with just one rEcess site and have expanded internationally with 43 rEcess sites in the U.S., Canada and Australia, and with limited special needs partnerships in Haiti, India, Nicaragua, Uganda and Zimbabwe.

Churches can offer rEcess with curriculum and organizational resources that 99 Balloons provides for just $25 a month or $250 a year, Matt Mooney said, with scholarships for churches unable to pay. Registration is available at 99balloons.org.

“We want to equip churches to do this,” Mooney said. “It really is something that you can do that has a real effect in your community.”

The Mooneys see in 99 Balloons an opportunity to share life-changing lessons God taught them through Eliot.

“We felt like God had woven him together in his mother’s womb, just like Scripture says, and that Eliot had a purpose; he had a life.” Mooney said. “God measures life differently than man does. We also just learned about the worth of an individual and the worth of a human being through Eliot’s life…. We loved Eliot so much, just as he was.”

“Brenda couldn’t even go to worship service anymore because she couldn’t leave Jill with anybody else,” Hecht said. “It was a time of real stress and need in their life, and it was stressful on their marriage as well.” Brenda Solomon asked God to redeem the pain.

Redemption came in the form of a church member who approached the Solomons with a God-inspired desire to learn to care for Jill and give the Solomons rest from the continuous care Jill required.

“From there it grew into this network of people who trained to be able to meet Jill’s health needs, and Brenda and Lon realized what it meant to get respite,” Hecht told BP.

Today, Jill’s House provides short-term respite and other activities for 600 families and their children through its main campus in Vienna, Va., and four national campsites in Middleburg, Va.; Seattle; Nashville, Tenn., and Chicago.

Jill’s House, at JillsHouse.org, connects families with churches that will embrace them and serve their unique needs.

McLean Bible Church operates multifaceted Access special needs ministry at all of its sites independent of Jill’s House. But church-based ministry can be as basic as a couple of church members trained in special needs care, with information on the church website for parents to access the ministry, Hecht said.