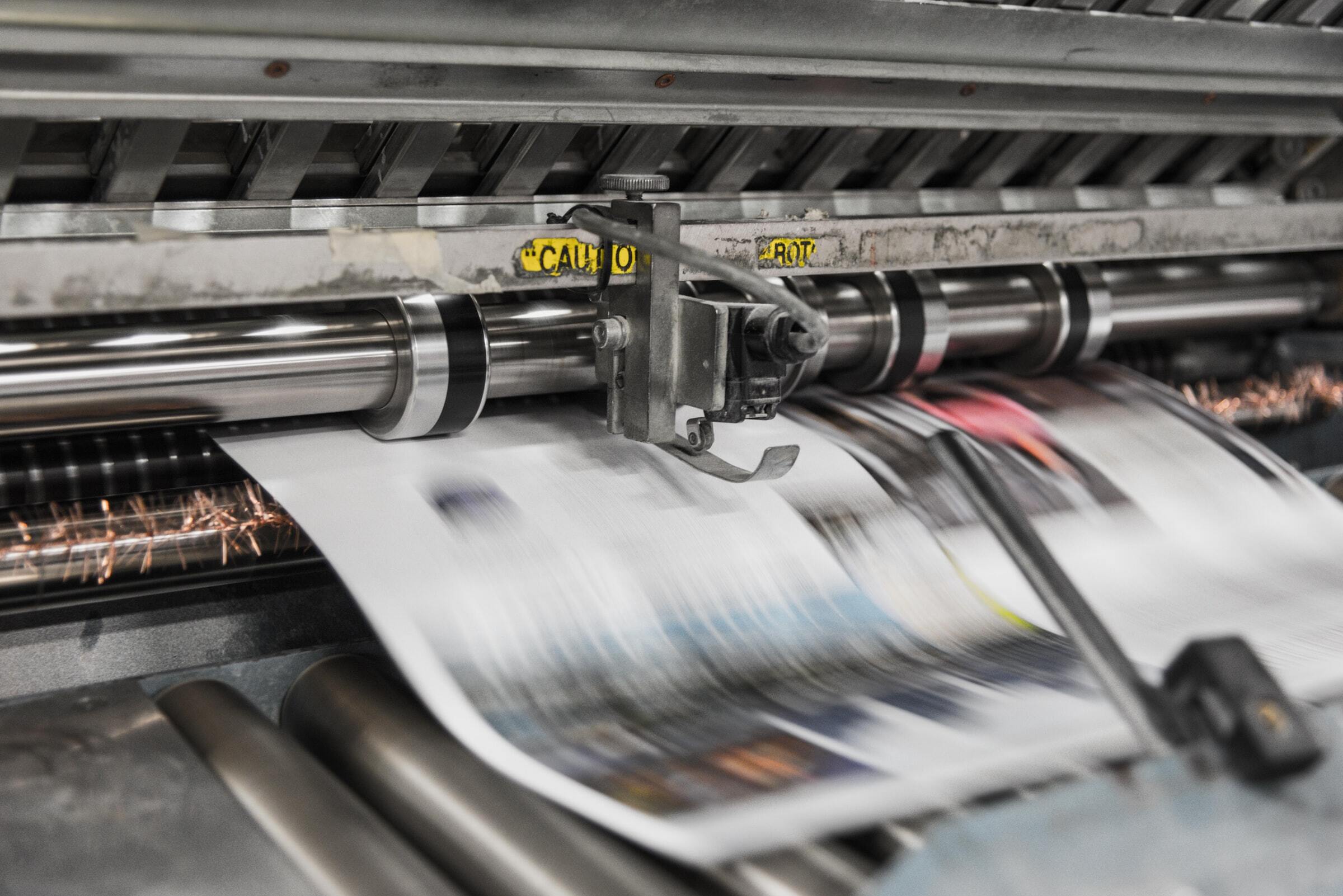 JACKSON, Miss. (BP) — Longtime editor and lay preacher William Perkins likens it to standing on a railroad track, sticking your hand out and telling a barreling locomotive to stop.

“The locomotive’s not going to stop for you,” he said.

For Perkins, editor of “The Baptist Record” news journal of the Mississippi Baptist Convention Board (MBCB), the state paper’s decision to drop its print edition for a solely online presence was pretty much a win-win situation.

“This was something that we could either do or we could perish, like the dinosaurs did,” he told Baptist Press after he announced the transition Wednesday (July 22).

The Baptist Record’s last print edition was in April, but the online edition will continue weekly at no cost to readers. Perkins said the move will allow him to publish more content.

But like many other Southern Baptist news journals, as well as their secular counterparts, The Baptist Record is facing the reality of changing and challenging times in the industry, including a fast-moving news cycle whose followers increasingly prefer the speed and ease of consuming news on digital platforms. Declining subscriptions and advertising revenue have prompted some publications to drop print editions.

Although some Mississippi Baptist churches are located in rural areas where internet service is spotty, or have members without computers, Perkins said such cold spots are fewer and fewer.

“Most people know enough about computers now or at least have a cell phone or a handheld device, if not a home computer, where the Baptist Record can be read,” Perkins said. “I’ve had several calls from church ministry assistants who say … for the limited number of people in their church that don’t have access to computers, they’re just going to print off a printer-friendly version and give it to them on Wednesday nights. Or until they start having Wednesday night service again, they’re going to mail to them.”

Media operations dedicated to telling the stories of Southern Baptists have survived nearly two centuries, dating to the Triennial Convention, which was the SBC’s forerunner. The oldest Southern Baptist state paper, “The Christian Index,” which chronicles events for Georgia Baptists, traces its roots to 1822 and bills itself as “the nation’s oldest continuously published religious newspaper.” Currently, the SBC is supported by 35 state news journals and several entity publications, with varying online and print presences.

Baptist Press, which was formed in 1946 as the official news service of the Southern Baptist Convention, has seen changes over the last quarter-century, as well. Among its duties is to provide regular news releases about Southern Baptists. But where it once was simply a wire service, supplying stories and opinion pieces for state convention news outlets, Baptist Press now additionally publishes on its own online platform, bpnews.net.

The Baptist Record is the latest of many state convention news journals changing platforms, transitioning to a solely digital presence or ending publication altogether.

California part of the trend

The CSB, like other state Baptist newspapers/publications, experienced decreased circulation and rising costs which made it unprofitable.

“This was not solely a financial decision, but also an attempt to communicate more effectively” according to Terry Barone, editor of the CSB and leader of the CSBC Communications Team.

Like other state Baptist conventions which have ceased publication of their state papers, Barone said, “We have the opportunity to use many different types of emerging technologies to better tell the stories of how God is working among California Southern Baptists.”

He also alluded to the “timeliness” of stories and faster response to readers as another reason for moving away from a print publication.

He said they gained a new appreciation for Disaster Relief “when they got to go and work it firsthand.” But he credited the digital version of the Arkansas Baptist News with showing “what happens if we can communicate in their platforms even more,” adding:

The fact that the ones who went enjoy it, loved it, (and) got it tells you that it works, it connects, that the next generation will love being a part of the cooperative missions of Southern Baptists, if they have a picture and an inspirational story that draws them to it, that validates it as a ministry.

“… When we tell the story in their platform, in their language, they’re going to be a part, because we know they love it, we know they enjoyed it, we know they got it. And now we can engage them with the stories in the media platforms that connect with them.”

Addison said the change to a digital platform, while necessitated by cultural change, is benefiting the ABSC in telling the stories of Arkansas Baptists and celebrating Arkansas ministries.

“We’re finding people want to read these stories, they want to know about it, they’re excited about it,” Addison said. “We can tell as many impact stories as we can possibly tell. People are engaging with it and it’s very good.”

“The Alabama Baptist” has print/online presence

One of the state convention news journals continuing in both print and online platforms is “The Alabama Baptist.” Jennifer Rash, its editor, sees the choice of platform as an individual decision that must be guided by individual circumstances.

“I’m confident every editor of a state Baptist publication and every communications director overseeing content produced by a state convention shares a similar sense of calling and responsibility as I do in my role at (The Alabama Baptist),” Rash said. “We are merely the caretakers of these important ministries during this season. We get the amazing opportunity to build on the hard work, sacrifices, teachings and prayers of the leaders before us and we are charged with the task of keeping the ministries fresh, relational, purposeful and practical. In some ways, we will look similar and many ways we will look different.”

Rash said The Alabama Baptist is committed to maintaining a print presence while also growing an online community. She believes Southern Baptist media have a responsibility and opportunity to model the highest journalistic standards.

“In a culture where mainstream media continues to face an identity crisis and competition from expert bloggers and TV and podcast show hosts, Southern Baptist media outlets have the opportunity to offer our communities a model for living by the highest of journalistic standards, while also striving for excellence in the craft in general and shining for Jesus in the process,” Rash said. “It truly is possible to report straightforward facts, be fair in the presentation and trust people to handle the information responsibly, and I have to believe the true news reporters out there trying to navigate this unusual time would love to find that opportunity again.

“Who better to lead the way than Southern Baptist media professionals?”