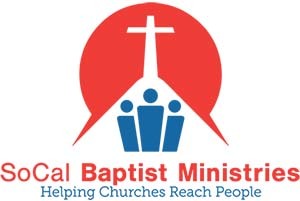 The church, which rents a building adjacent to a dog park, realized the best way to reach their community might be through the residents’ furry, four-legged friends.

Church members invited local veterinarians, kennel operators and dog groomers to set up kiosks in the park for a day. Throughout the event, volunteers provided information about their church as well as activities for the dog owners’ children.

Not only were the canines pampered, but many more residents are now aware of the congregation.

Santa Monica Church is just one in a growing number of California congregations and ministries that have launched outreach projects, thanks to one Baptist organization that exists to financially assist efforts.

SoCal Baptist Ministries is a nonprofit organization that offers those grants to California Southern Baptist churches and related groups.

Their mission is to enable California-based churches and ministries to reach their communities and share the gospel, according to Robert Langley, president of SoCal Baptist Ministries and pastor of First Baptist Church in Norwalk.

Founded in 2013, SoCal is funded by earnings from the $20 million sale of an apartment building. First Baptist was given the building in the 1970’s, which operated as Housing and Urban Development (HUD) senior housing. The church sold the property in 2013.

California Baptist Foundation manages the funds for SoCal, which has awarded nearly 150 grants to churches and organizations throughout the state.

“It has been quite a joy,” Langley said of his involvement with the effort. “We never know what we are going to get a request for next.”

Most of the grants SoCal approves range from $1 to $15,000, and are primarily used for community outreach, disaster relief and mission projects.

Help with disasters
“One of the neat things we have agreed on as a board is that if there’s a disaster, we can do a conference call and okay assistance to our (California Southern Baptist) Convention’s Disaster Relief ministry,” Langley said.

“We were able to give a cash grant immediately,” Langley said. “People were out of their homes and needed food and clothing. Churches don’t have the resources to fund that.

“So while they were waiting for Red Cross and government agencies, we were able to give some immediate money up front to assist the churches as they helped people get back on their feet, or at least provided some temporary relief.”

Mission Grants
Though California based, SoCal Baptist Ministries has had an impact that stretches far beyond its home state, through a variety of mission grants.

“The kids have to raise their own money,” Langley said. “But if you charge the kids the full cost of the trip, they couldn’t afford to go. So we are able to keep the students’ cost down.”

Not only are the students trained to sing, but they also are taught how to be leaders in their church and community, and to share Christ in diverse situations both nationally and internationally. In any given summer, the choir sees some 1,000 professions of faith, according to Ted Campbell, who has served as director of the Singers for more than 30 years.

“This has been a rewarding ministry because we’ve seen a difference in the kids’ lives since they’ve returned,” Langley said. “Their participation in church, their willingness to serve is fantastic. I’ve seen the impact it has had on (my) church when these young people come back all revved up and on fire for the Lord.”

However, Langley said the primary goal of SoCal is to help churches and organizations reach people in California through community outreach projects — and the methods of outreach are as diverse as the population.

One grant went to a church that wished to rent a traveling Bible museum exhibit for a weekend and open it to the community. Other grants have been used to fund sports camps, block parties, outreach events on an Indian reservation, food ministries, ski resort ministries and a college fair.

Langley said he is excited to see which projects SoCal will be able to support in the future.

“I am a pastor, and I know how most churches’ budget is consumed by the things they are already doing,” Langley said. “(It is incredible) to think that we have the ability to come alongside to help a church fund a project.

“The board’s goal is to help churches reach out to the community where (the Lord calls them).”

Visit www.scbministries.org for more information and guidelines about applying for grants from SoCal Baptist Ministries.