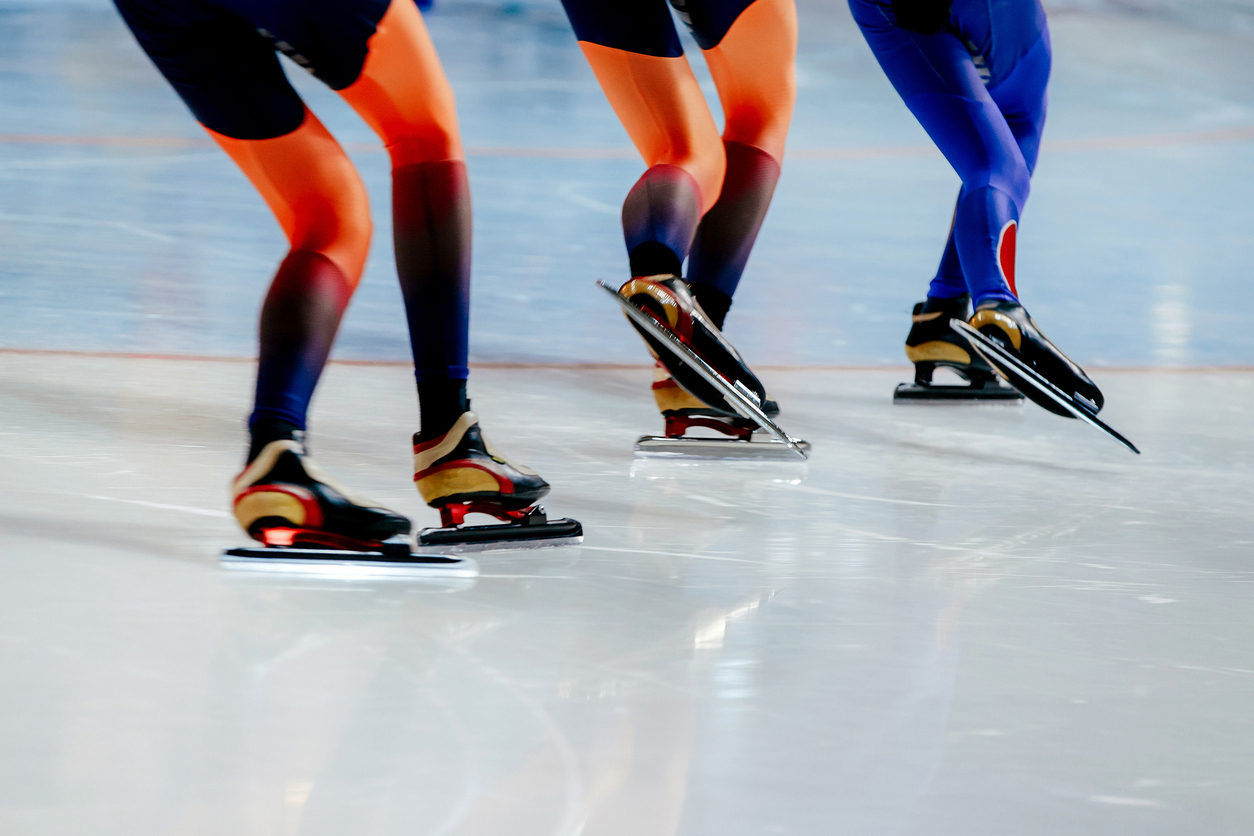 GANGNEUNG, South Korea (BP) — It’s hard to watch Maame Biney compete and not smile. After all she’s smiling, so it’s easy just to join in.

Biney, the 18-year-old U.S. short-track speed skater, is making her Olympic debut this year in South Korea, and she couldn’t be more thrilled. She’s the first black woman from the United States ever to compete in an Olympic speed skating event.

“The smile on my face doesn’t mean my life is perfect,” Biney says on her Instagram profile. “It means I appreciate what I have and what God has blessed me with.”

Biney, who was born in Ghana, moved to the United States at age 5 to live with her father in Reston, Va. Kweku Biney saw a sign advertising skating lessons one day and, on a whim asked his daughter if she wanted to try it.

She was an instant success. The coach told her father that Biney was too fast to be a figure skater and suggested speed skating instead.

Biney was all smiles after her first Olympic competition Saturday night, when she finished second in her qualifying heat in the women’s 500-meters, good enough to advance to the quarterfinals on Tuesday.

“That was very nerve-racking,” Biney said following the race.

“The first race for me is always nerve-racking,” Biney said. “So I’m glad that I got this out of the way.”

Biney said the plan for the heat was to keep Korean skater Alang Kim blocked as much as possible, and force her to the outside on the last lap if she tried to pass. The plan worked.

“It was the best block I’ve ever done,” Biney said with a laugh.

That laugh is an ever-present identifier of Biney’s personality, and it’s apparent that she is thrilled to be participating in the Olympics. After she qualified, she posted a lengthy update on Instagram thanking many for their support, but her first priority was gratitude to the Lord.

“I want to start off by thanking God,” Biney wrote. “I am so sure that none of this would have happened if it wasn’t for Him. If God hadn’t given my dad the strength to wake up, and take me to practice, I wouldn’t be here today. I also want to thank God for giving me the passion to do this.”

Her next target was her father Kweku.

“I know that I can be a pain at times and not appreciate what you’ve done for me,” Biney wrote. “I do appreciate you. When I’m older, I want to be just like you. Wanting to help people, having an amazing heart, being dedicated and being the best parent ever.”

Biney also made sure to mention her church family. “Without your prayers for safe travels and successful competitions,” she wrote, “I honestly don’t believe that my dad and I would have made it this far.”

The quarterfinals, semifinals and finals for the 500-meters are all scheduled for Tuesday. Biney also will compete in the women’s 1500-meters on Saturday.