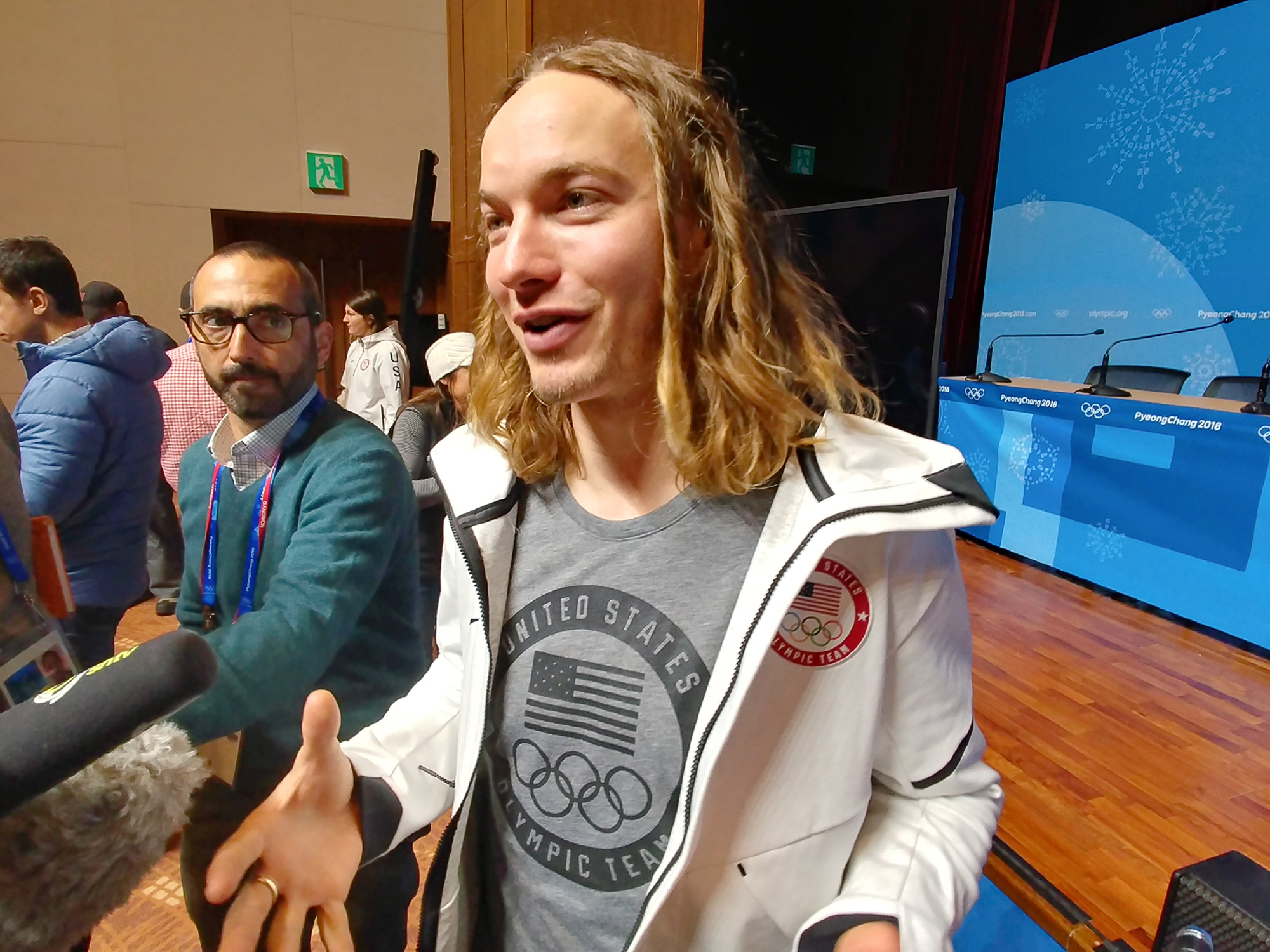 PYEONGCHANG, South Korea (BP) — David Wise remembers getting the text message from his sister Jessica in 2015 telling him that his other sister, Jessica’s twin Christy, had been in an accident while paddle boarding.

Christy was going to live, but she was likely going to lose her leg.

For Wise, a freestyle skier who won a gold medal in the half-pipe event in the 2014 Olympics in Sochi, the whole ordeal led him to a newfound gratitude for the ability he has.

“Yeah, I might not be feeling very good, things might not be going my way, the judges might not like what I’m doing, or whatever,” Wise said. “There’s all kinds of adversity out there in the world. But there’s always somebody who has it worse off than you do.”

Christy indeed lost her leg after the boating accident. But out of that experience, she and Jessica, a surgeon who has worked with impoverished people in Haiti and the Dominican Republic, began the One Leg Up On Life Foundation. The non-profit organization not only provides prosthetic limbs to those who cannot afford them, but does so “to glorify God,” according to its mission statement.

Wise has pledged to give 10 percent of his winnings and his sponsorship payouts this year to the foundation.

“I’ve always had a heart for amputees, and I think we can all be inspired by seeing them achieve athletic greatness,” Wise said. “But it hit a lot closer to home when my sister lost her leg.”

His sisters, four years older than he was, often pushed him to succeed. They were a competitive bunch, and outdoor activities were a regular part of the siblings’ lives as children. Whether skiing, baseball, softball, football, soccer, whatever, Wise and his sisters were active athletes.

Despite the setback, Christy, a captain in the Air Force, slowly began the trek back to mobility and even athletic participation. Watching her ski for the first time after she lost her leg was an incredibly rewarding and fulfilling experience for Wise. Christy hopes to compete in the Paralympics in the future.

Wise, who will seek to defend his gold medal in the men’s half-pipe competition that begins later today (Feb. 19), and his wife Alexandra work with the youth group at their church in Reno, Nev. Wise has said that he may be interested in full-time ministry work when his days as a competitive skier are over.

“I’ve always been involved in ministry,” Wise said. “I feel like my greatest calling is to serve other people. I’m in a unique place to serve people from the platform that I’ve had.”

Wise said he dreams of serving people in whatever way God calls him to do so.

“My faith is my cornerstone in the same way that my family is,” Wise said. “At the end of the day, all of this might be taken away from me at some point. There might be an injury that I have, or I can’t compete anymore, or I must just fall off.

“I can’t really depend on this for my happiness, for my contentment,” he continued. “But I can depend on Jesus. I can depend on God. He’s always going to be there for me. If anything, that just frees me up to go out there and enjoy the ride.”