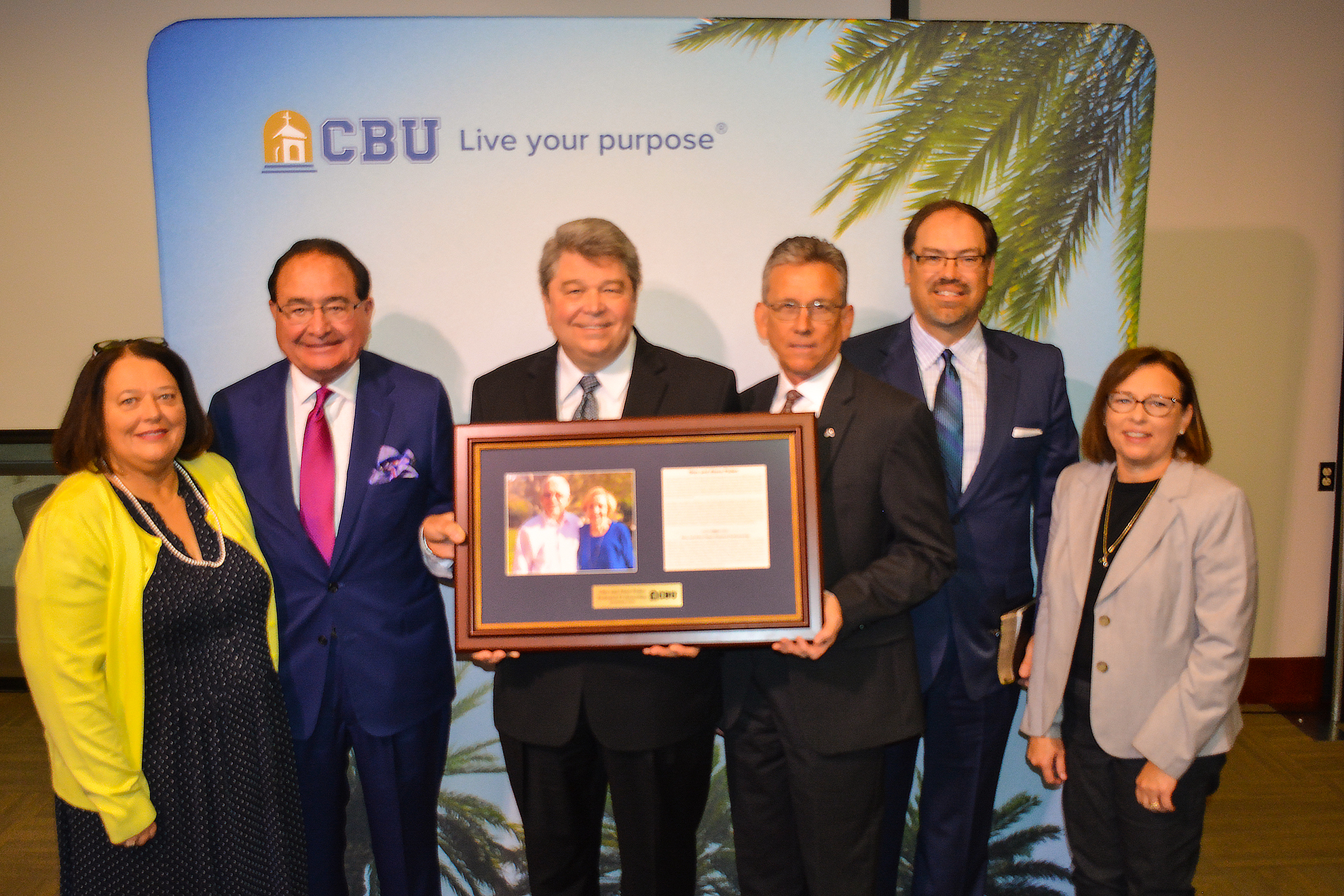 Riverside – The School of Christian Ministries at California Baptist University hosted a dedication ceremony on April 5 for its first $1 million endowed professorship that will be named after the late Dr. Glen and Alene Paden.

Glen Paden served as the California Baptist Foundation president from 1981 to 1997. Prior to his work at the foundation, Glen Paden was the assistant executive director of the California Southern Baptist Convention. He was also a pastor at several churches earlier in his ministry. He received his bachelor’s from (then) California Baptist College and an honorary doctorate from CBU. Alene, Glen’s wife of 67 years, served alongside her husband in various ministry roles. She was also an educator. The couple had five daughters.

Dr. Chris Morgan, dean of the School of Christian Ministries at CBU, said it was fitting to name the professorship after Glen and Alene Paden.

“The couple was a great example of faithful servants for God’s Kingdom, and they were a blessing to many of us at CBU,” Morgan said.

Several members of the Paden family were on hand for the dedication of the new professorship at CBU.

“My grandparents both loved CBU deeply,” said Logan, an alumnus and assistant athletic director for business operations at CBU. “When I was in school here at CBU, [my granddad] would call me weekly and most of the time he would ask, ‘What is going on at CBU? What is [the CBU president] up to? What new buildings are going up?’”

Dr. Ronald L. Ellis, CBU president, said that students should take inspiration from Glen’s and Alene’s faithful Christian walks. Ellis encouraged students to seize the “baton” from them and live a purpose-filled life.

Since 2017, the School of Christian Ministries has received $7.4 million in endowment commitments. The donations come from the SoCal Baptist Ministries, a nonprofit organization that offers grants to California Southern Baptist churches and ministries; the Baptist Foundation of California; an anonymous donor; and the CBU Board of Trustees Endowment Match program. Part of these donations will fund the Dr. Glen and Alene Paden professorship.

Philip Kell, president of the Baptist Foundation of California, addressed his organization’s trust in CBU training up the next generation of spiritual leaders.

“This is the university committed to the Great Commission, and we are excited to be a part of helping you do the work of God,” Kell said.

See a video of some of the proceedings.