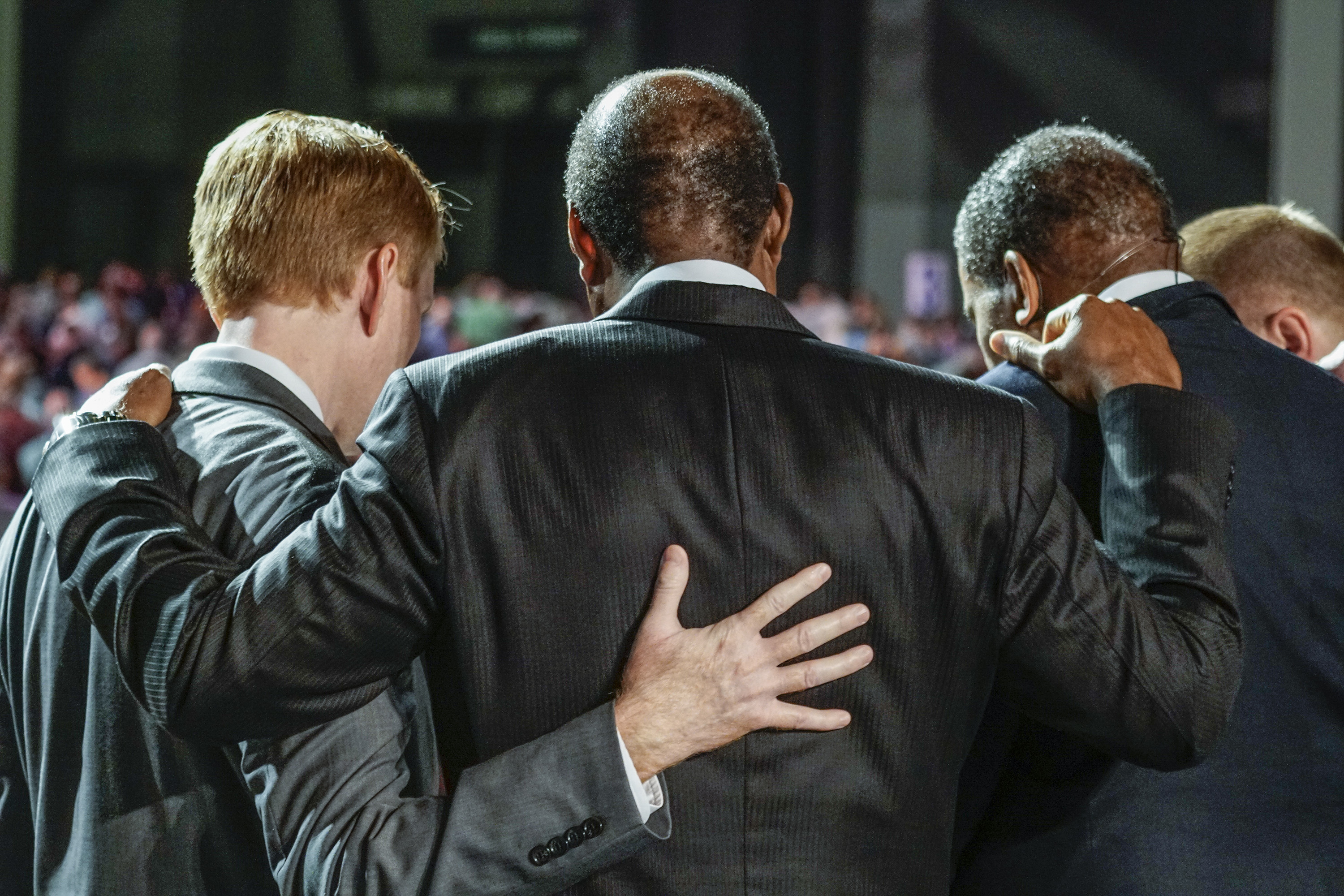 NASHVILLE (BP) — A review of ethnic participation in Southern Baptist Convention life left a workgroup of the convention’s Executive Committee encouraged at the SBC’s progress and eager for increased diversity in the days ahead.

Reports submitted to the EC “show intentionality on the part of each one of our entities to provide resources and opportunities for involvement of our ethnic churches and church leaders in the Southern Baptist Convention,” Jim Gregory, chairman of the EC’s Communications Workgroup, told Baptist Press. “I think we’ve made some very good strides because of our intentionality.”

In a Feb. 21 meeting, the Communications Workgroup reviewed information on ethnic church and church leader participation provided in entities’ 2017 Cooperative Program Ministry Reports. Among the highlights:

— Approximately half of North American Mission Board church plants are predominantly non-Anglo.

— LifeWay Christian Resources is the “largest commercial publisher of Spanish Bibles in the world.”

— For more than 20 years, the student body at Gateway Seminary (formerly Golden Gate Baptist Theological Seminary) has been about 60 percent non-Anglo.

— Southeastern Baptist Theological Seminary has increased its “multicultural student population” by more than 47 percent since 2011.

Ken Weathersby, EC vice president for convention advancement, told BP he is “grateful to God that Southern Baptists recognize the need to assist non-Anglo churches that are part of the SBC. Almost one out of five [Southern Baptist churches] are non-Anglo.”

Weathersby added, “Until everybody is saved, we’ve always got room for improvement.” But racial reconciliation has occurred within the SBC because believers of many races and ethnicities have their “hand on the Gospel plow together.”

A 14-page compilation of ethnic participation data reviewed by the Communications Workgroup included information from each SBC entity.

The IMB reported focused efforts to mobilize Hispanic, African American and Asian churches for international missions. Those efforts included the hiring of a Hispanic vice president for mobilization, Edgar Aponte, in 2016.

In a section of its Ministry Report not specifically reviewed by the Communications Workgroup, the IMB reported more than 500 field personnel from non-Anglo ethnic groups at the end of 2016. That included 256 Asian Americans, 61 Hispanic Americans, 16 African Americans and 202 individuals from other ethnic backgrounds.

Nearly half (48.3 percent) of NAMB’s church plant class of 2015 was comprised of non-Anglo congregations, with 54.5 percent of church plants in the Send Cities initiative reported as non-Anglo.

LifeWay offers nearly 1,000 resources in some 35 languages other than English. The Resources Division has employees who work specifically with Hispanic and African American congregations. Out of the Resources Division, LifeWay’s B&H Publishing imprint publishes more Spanish Bibles than any other commercial publisher in the world.

Gateway’s majority non-Anglo student body “is reflected” by a diverse faculty and staff, according to the seminary’s report. The report added, “We have been called by national accreditation leaders the most multi-cultural seminary in North America.”

Midwestern reported undergraduate and graduate degree programs delivered in Spanish, Korean and other Asian languages. The expansion of an Asian studies department has led to “a slight increase in the number of ethnic leaders among the faculty.”

New Orleans Seminary offers academic programs in French, Spanish, Portuguese and Korean, with the Korean Theological Institute in Atlanta growing from 18 students in 2006 to more than 100 today. A scholarship program awards $100,000 per year for African American students in honor of Fred Luter, who was elected the SBC’s first African American president in 2012.

The increase of non-Anglo students at Southeastern has come amid a Kingdom Diversity Initiative that hosts 10 events each academic year to equip students for ministry among people of various backgrounds. Kingdom Diversity Scholarships totaling more than $250,000 annually help a multicultural array of students attend the seminary. During the 2015-16 academic year, Southeastern hired more than 20 minority staff members.

Nearly a quarter (22.5 percent) of Southern’s student body is non-Anglo, up “slightly” from previous years, according to the seminary’s report. Five members of the resident faculty are nonwhite, and Hispanic pastors serve as lead strategists for Hispanic initiatives in Latin America and North America. Students can earn a master of divinity entirely in Spanish.

A total of 21 ethnic faculty members serve at Southwestern, including African Americans, Native Americans, Koreans, Hispanics and Asians. The ethnic student population increased 14 percent between the 2014-15 and 2015-16 academic years, climbing to 1,477.

The ERLC has made racial reconciliation “a focal point among the items we consistently address,” according to the commission’s report. The ERLC has hosted events and published resources on racial reconciliation in addition to adding six non-Anglo members to its Leadership Council over the past year. Director of advocacy Steven Harris is the first African American to serve Southern Baptists in the ERLC’s Washington office.

GuideStone’s call center has Spanish- and Korean-speaking specialists on staff and can assist callers in any language through a contracted translation service. Non-Anglos comprise 17 percent of total GuideStone employees, up from 14.4 percent in 2011 and 9.8 percent in 2000.

EC President Frank S. Page “maintains an aggressive and active open channel of communication with numerous leaders in the Convention, including leaders of the ethnic fellowships and ethnic advisory councils he has named,” the EC reported.

With all four ethnic advisory councils — Hispanic, African American, Asian and multiethnic — having completed their work, the EC formed a permanent Convention Advancement Council with representatives from each advisory council. The new group’s purpose is to advance participation in SBC life among various ethnic groups.

Gregory, pastor of First Southern Baptist Church in Mountain Home, Idaho, concluded, “Our workgroup has reason to be encouraged by what we read in the reports.”