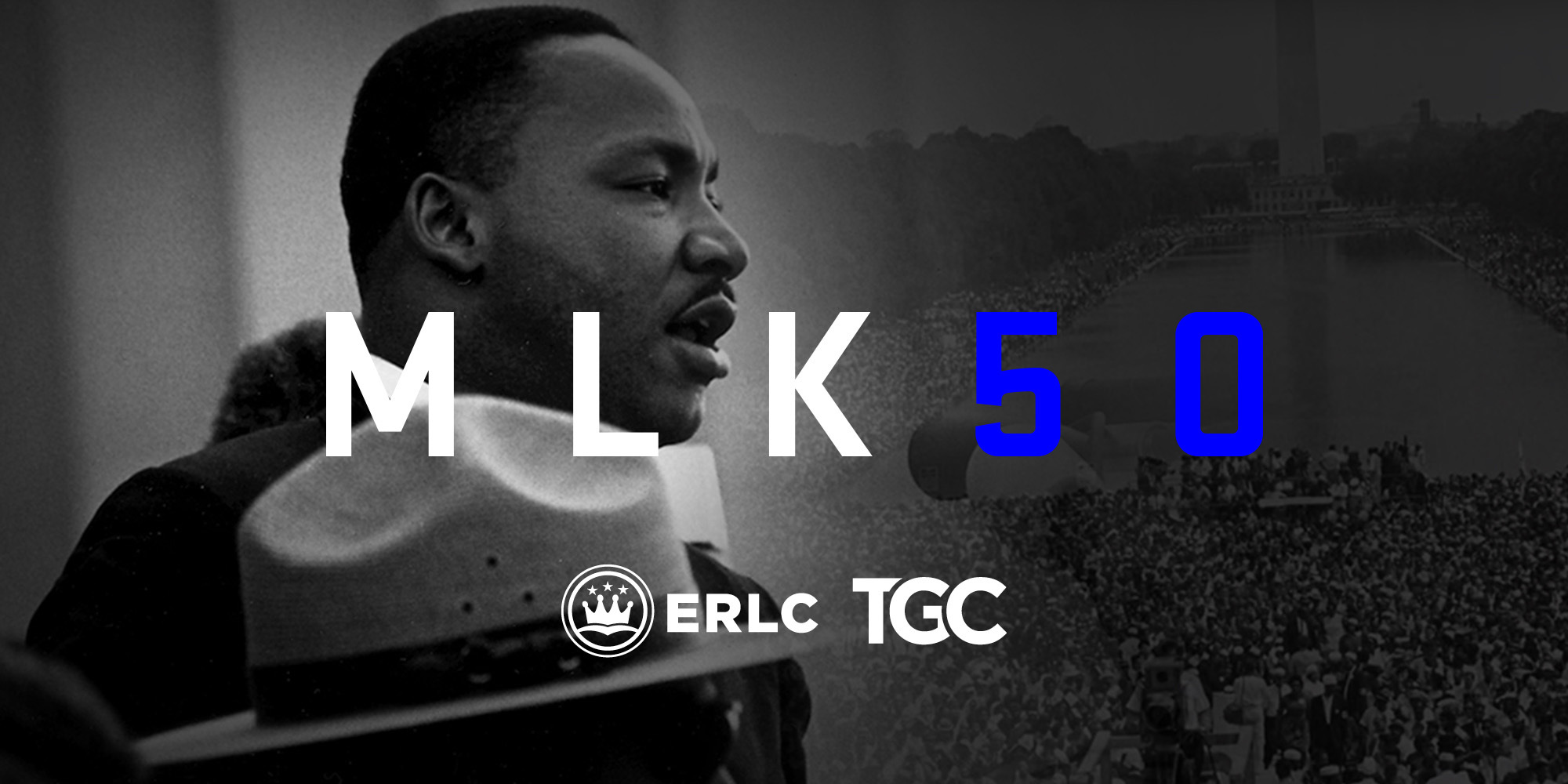 MEMPHIS, Tenn. (BP) — Southern Baptists should build on and apply the historic 1995 resolution on racial reconciliation while always being ready to repudiate racism, panelists said April 4 at a conference commemorating civil rights leader Martin Luther King Jr. on the 50th anniversary of his assassination.

The comments came during a breakout session of “MLK50: Gospel Reflections From the Mountaintop,” a two-day event attended by about 3,900 people and co-hosted by the Southern Baptist Ethics & Religious Liberty Commission (ERLC) and The Gospel Coalition. The conference at the Memphis Convention Center took place in conjunction with many remembrances of King, who was murdered April 4, 1968, in this Mississippi River city.

In 1995, messengers to the annual SBC meeting approved a statement expressing repentance for the convention’s past racism and asking African Americans for forgiveness. The SBC began in 1845 in a split produced by its support of slaveholding missionaries. And churches in the convention largely opposed the civil rights movement led by King.

Byron Day — president of the National African American Fellowship (NAAF) of the SBC and senior pastor of Emmanuel Baptist Church in Laurel, Md. — said the 1995 resolution “was great. It was wonderful. But what are you going to do with it?

“At every level, we need to see the diversity of our convention,” he told the breakout session audience. “And there needs to be accountability.”

Regarding accountability, Day said the reports from the SBC’s entities need to provide more detail on their diversity efforts.

Kevin Smith, executive director of the Baptist Convention of Maryland/Delaware, said, “I would love to continue to press past the 1995 resolution.”

The SBC’s committees and boards need to reflect the broad diversity of the convention, including Hispanics and Asians, said Smith, an African American. The diversity should include positions that make budget and hiring decisions, he said.

One of the messages he hears, Day said, is: “It’s time to stop talking and start doing.”

Vance Pitman, senior pastor of Hope Church in Las Vegas, Nev., told the audience “an apology one time does not in any way undo the tragedy of what was done.”

“We should always look for an opportunity to take a stand and to address the issue, because it’s something that is part of the history,” he said, “but by God’s grace our past does not have to define our future. And for that reason, I think there’s great hope. ”

Racial unity has repercussions for the mission of the church, speakers said.

“If we’re Great Commission people, we have to constantly ask ourselves, ‘What are the missiological costs of not pursuing Christian unity?'” Smith said.

Pitman said of establishing multi-ethnic churches, “When you begin to penetrate the lostness of your city, what begins to happen is your church begins to reflect your city and community.

“If the average local church does not at a minimum reflect the demographic of the local community around you, you’ve got to ask yourself a serious question about what is missing in the reconciling power of the Gospel that you are proclaiming,” said Pitman, whose church has no majority ethnic group and includes people who speak 54 different languages.

Pastors must recognize the power of preaching in fostering racial unity, Smith said.

“If that pulpit doesn’t speak prophetically for righteousness, it’s just not going to be there.”

The NAAF was founded to encourage black churches within the SBC and to sensitize the convention to the concerns of African Americans, Day said.

Smith said he is asked, “Why do you think it’s worth the effort [to be in the [SBC]?

“And I’m always reminding brothers of any economic status, of any ethnic group that it is because missiologically we want to have the tools to be able to affect these areas for the sake of the Gospel,” Smith told the audience. “You look for efficiency, effectiveness and breadth, and few things can lay it out like the Cooperative Program of the Southern Baptist Convention. And what’s funny, my Pentecostal friends understand that, my Presbyterian friends understand that, my Methodist friends understand that. The only people I have to constantly remind about that is us.”

Also speaking on the panel was Jeff Dodge, teaching pastor of Cornerstone Church in Ames, Iowa. Daniel Patterson, the ERLC’s vice president of operations and chief of staff, moderated the panel discussion.