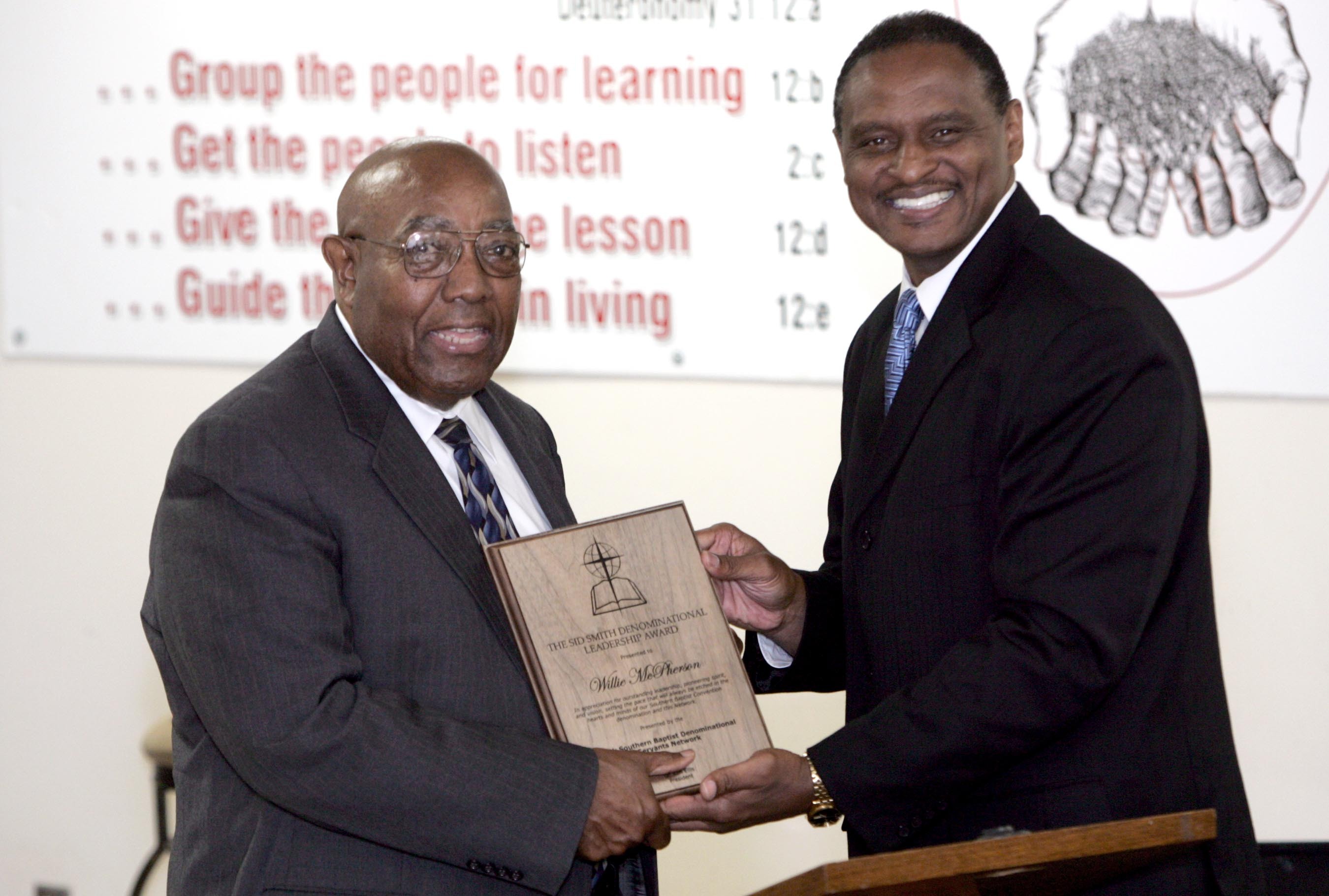 WICHITA, Kan. (BP) — Willie Thomas McPherson, recognized as a trailblazer in Southern Baptist race relations and diversity, died May 12 in Wichita at the age of 80.

McPherson pastored a predominantly white church in the 1970s in California and afterwards was the first black divisional leader within the California Southern Baptist Convention. His leadership showed blacks they could minister across racial lines and that fulltime denominational work was actually possible, said Jay Wells, a retired LifeWay Christian Resources executive.

“Willie had the ability and the insight to be a real bridge builder in the Southern Baptist Convention, particularly in those early days of … having both pastored an Anglo church and then working with African Americans,” Wells said. “So, that kind of gave him a unique ability to work within the SBC, and also be a bridge to us and connect us with the SBC, having … experienced both cultures basically.

“He was a wise counselor, a wise leader, that I think was unique, because you really needed somebody like that who had the ability to work within both cultures and bring both cultures together,” Wells said. “That whole idea of having him at a denominational level was something we had never even heard of.”

Dennis Mitchell, executive director of the National African American Fellowship of the SBC, said McPherson “paved the way for many African Americans to enter denominational service.”

“Bro. Willie, a man of uncompromising convictions and moral integrity, will long be remembered for his unshakable faith in God, commitment to racial reconciliation, the work of Southern Baptists, knowledge of black history and his penchant for sharing stories from the past with both passion and humor,” Mitchell said. “Dr. McPherson was a true generational denominational leader.”

McPherson received many awards and recognitions for his work, including the NAMB Lifetime Achievement Award for Church Planting, and the Black Southern Baptist Denominational Servants Network 2009 Hall of Servanthood Award.

Survivors include his wife of 58 years, Frankie Owens McPherson. A virtual memorial will be held May 30, a family member told Baptist Press.