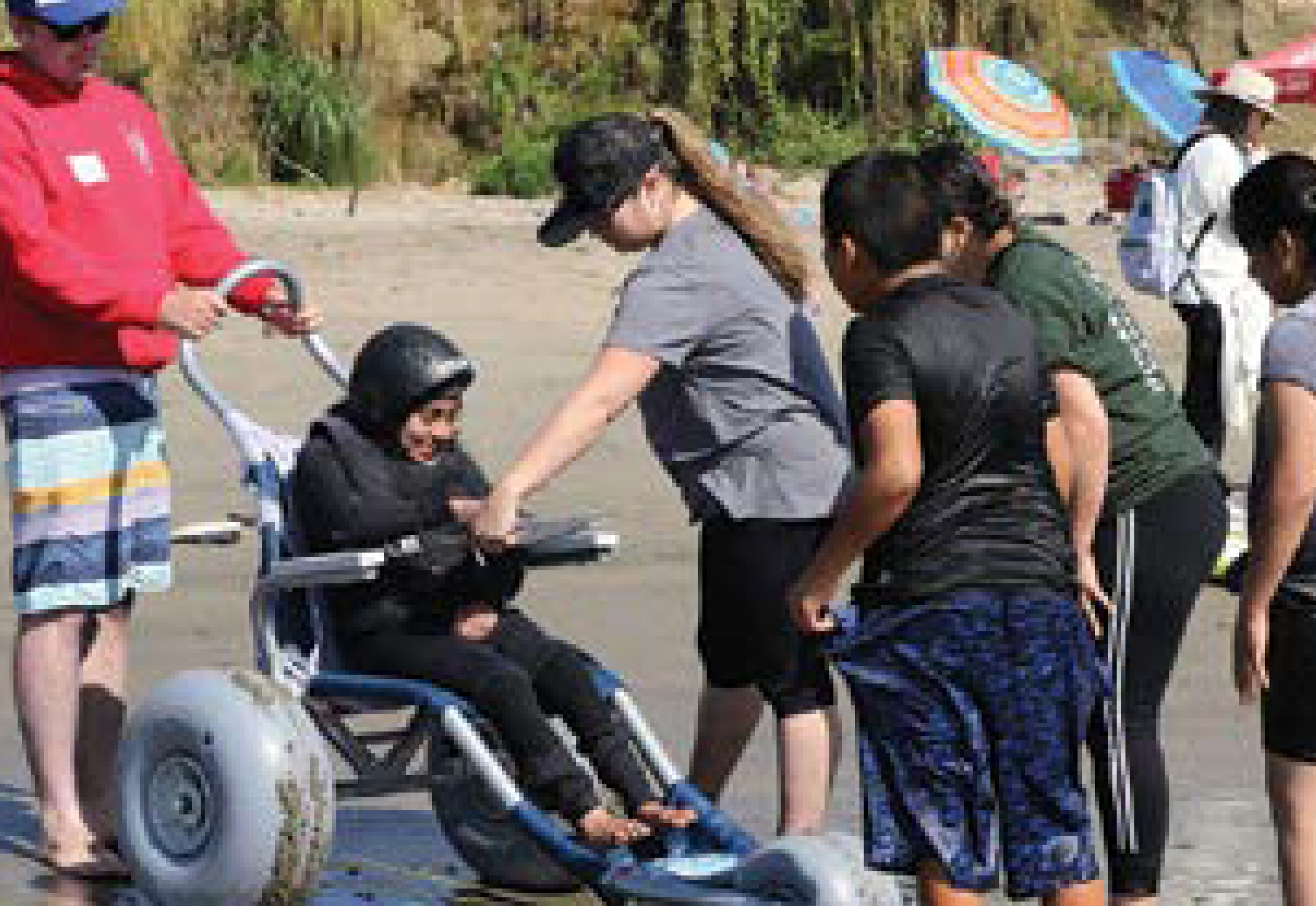 SANTA CRUZ — Pray, play and pay. Those three words sum up what Santa Cruz Baptist Church requests of its partners, and of those who align themselves with the church.

When church planters Drew and Shannon Cunningham moved to Santa Cruz in 2016, population 65,000, there were no Southern Baptist churches in their target area.

“The longer we’ve been here the more we’ve seen the Lord planted us here,” Drew told the California Southern Baptist.

Santa Cruz Baptist started in January 2016 as a Bible study. By March Cunningham was preaching, with worship and prayer also part of the gathering. On Aug. 13, 2017, a group of 12 covenanted together as Santa Cruz Baptist Church.

But first, those interested went through two, two-hour sessions covering the new church’s “statement of faith, church covenant and our philosophy of ministry, the ‘who we are, what we do and how we do it,’” Cunningham said. “Then we did membership interviews. We got to hear them explain what the gospel is and their stories of conversion as well as their understanding of how God gifted them to serve.”

Santa Cruz Baptist allocates 6 percent of undesignated offerings to missions through the Cooperative Program and 4 percent to Great Commission Baptist Association. A church planter in Kuwait and a family with Mission Aviation Fellowship also receive financial support from the church.

The congregation in turn receives financial support from partner churches for ongoing expenses.

“Partner churches are huge,” Cunningham said. “We look for partners to partner in three ways: we ask churches to pray for us. If God doesn’t bring the growth, it doesn’t happen (I Corinthians 3).

“We also ask partners to send teams to actually be involved in ministry here,” he continued. “We have consistently had mission teams here. It piques peoples’ interest. We hear from them, ‘These people are really nice.’ That’s been huge. We’ve used servant evangelism over and over again.

“And pay,” Cunningham added. “Ministry costs money. Without being financially supported we couldn’t be out here doing what we’re doing, doing ministry, reaching people with the gospel.

“We’ve been diligent from Day One to have a plan to wean ourselves off partnerships,” Cunningham said. “We’re getting new partners as older ones wean off, and we’ve been up front with the congregation.”

From the first service the congregation has been expected to pick up 10 percent of “whatever budget we approve,” Cunningham said. In the second year, 25 percent. Third year, 50.“Year one they did 18 percent,” he noted. “Year two, 28 percent. This year will be a stretch for us but I think we can do it. We’re definitely on track.”

The need for financial partners exists because “you’re reaching people who’ve never been part of a church before, teaching them to give,” Cunningham explained.

From its inception, Santa Cruz Baptist has been involved in ministry in the community, often with local entities. One is Ride-A-Wave. This non-Christian group helps children with disabilities “get in the ocean on boogie boards, kayaks and surfboards,” Cunningham said. “We think Jesus would love what we’re doing! Currently we serve as their largest volunteer base, and they have our logo on their shirts, wheelchairs and cargo trailer.”

“We’ve met a lot of the families and gotten to know them and serve them throughout the years,” Cunningham said. Santa Cruz Baptist also partners with other churches around Christmas to provide shoes, groceries and hoodies for families who need help. Other ministries include providing 500 free Christmas trees, child care six times a year so parents can go on dates, and a Daddy/Daughter Date Night, complete with red carpet, music and ice cream.

Santa Cruz Baptist doesn’t stop with prayed for. The church spends at least 10 minutes during each worship service praying scripture.“

Prayer. It’s vital. It’s like breathing,” Cunningham said. “Things happen when people begin to pray. We have watched God work over and over as we’ve prayed.”

In addition to the 10 minutes of congregational prayer, the service includes a five-minute pastoral prayer, during which Cunningham might pray for a local church by name and pastor’s name; a cross-section of the community, such as first responders, educators or medical personnel; and members of the congregation, such as mothers, business people, teachers.

“Praying using the scriptures helps guide and direct our prayers in line with God’s will,” Cunningham said. “God is honored and we are humbled when we pray.”

A building of their own was a prayer request everyone thought would be years being fulfilled, but in January 2018, First Baptist Church in Aptos disbanded and gave Santa Cruz Baptist their building.

“First Baptist Aptos was a giving church,” Cunningham said. “Even as their church was declining, they continued giving 10 percent of their meager funds to missions through the Cooperative Program.

“We remain grateful — to them and to God — that they chose to give us the building that was so dear to them. God gets the honor and Santa Cruz Baptist gets to leverage the building for the expansion of the gospel.”