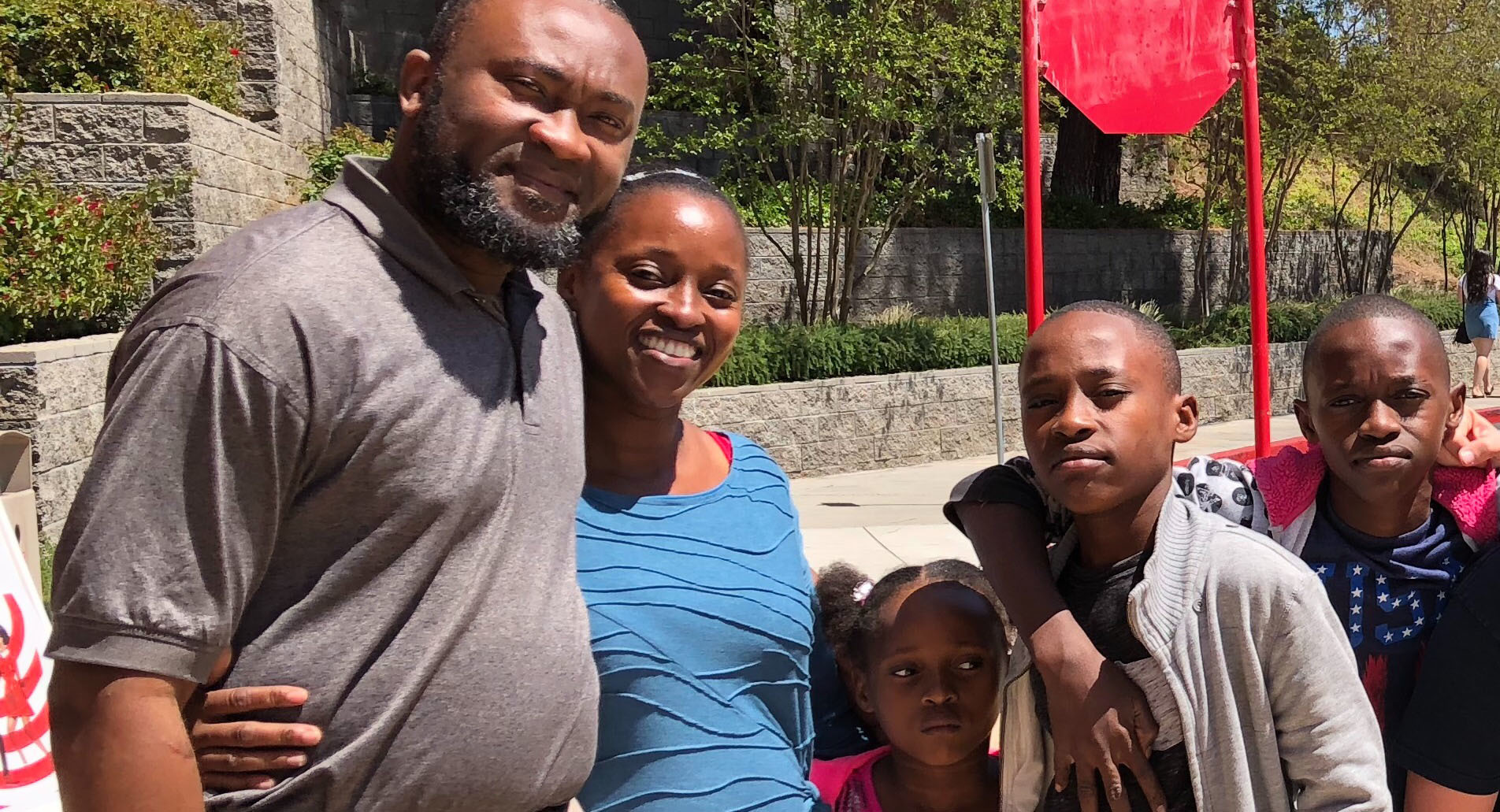 San Diego pastor is reunited with family from Haiti

SAN DIEGO — Johny Oxeda is pastor of First Haitian Baptist Church Ebenezer in San Diego. He came to the United States in 2010 from Haiti, leaving behind his wife, two sons and an unborn daughter.

While in Haiti he worked to provide security for high-ranking officials, which resulted in the need for him to flee for his safety.

He then went through the six-month process of becoming a resident of the US. Since he arrived he has not stopped attempting to reunite with his family.

Oxeda’s wife and two children lived with his wife’s family in Haiti for eight years.

His efforts to reunite with them were repeatedly put on hold for long periods of time for different legal reasons, which only made his life here more difficult. More than anything, he said, he wanted to have his family with him.

Oxeda felt like he was fighting for his family alone, but he continued to trust God.

Having been a Christian for some 20 years, when he came to the US Oxeda knew his main task was to jump into ministry, which is what he did. But, he added, “the hardest part was doing ministry without my family.”

Oxeda kept in contact with them through Skype, WhatsApp and facebook messenger, but talking to someone through those means is in no way the best way to have “family time.”

Oxeda’s wife and children finally arrived this year on May 10 and he said the experience of seeing his family again is “something I cannot even explain.”

“It was so good,” he said with joy in his voice.

Although it was a long process, once God put things in place the family was with him in two short weeks.

“Everything was simple,” Oxeda said.

He knew in that moment that God had a plan and all he had to do was wait for the right timing. The family was aware that he was doing everything in his power to reunite them. Ultimately, the hand of God was at work through those eight years.

Since the family has been reunited, love and smiles have been shared all around. The children have been enrolled for the 2018-19 school year; they have gone to a football game as a family; they have been shopping; and their next family outing is to the beach.

Since their arrival the church has rallied around to support and love the family.

Ross Shepherd, California Southern Baptist Convention church planting initiatives team leader, has worked with Oxeda throughout the process of getting the family reunited. He even went shopping with the children once they arrived in San Diego.

“It’s been a blessing to work with Pastor Johny,” Shepherd said. “I’m so pleased that the family is finally back together.”

Oxeda said he will continue to do ministry and hopefully help people through his testimony of waiting on God’s timing even if that timing is eight trying years.

“I want them to serve the Lord,” Oxeda said when discussing his future hopes for his family. He has believed and continues to believe that God will make all things work within his ministry and his family.