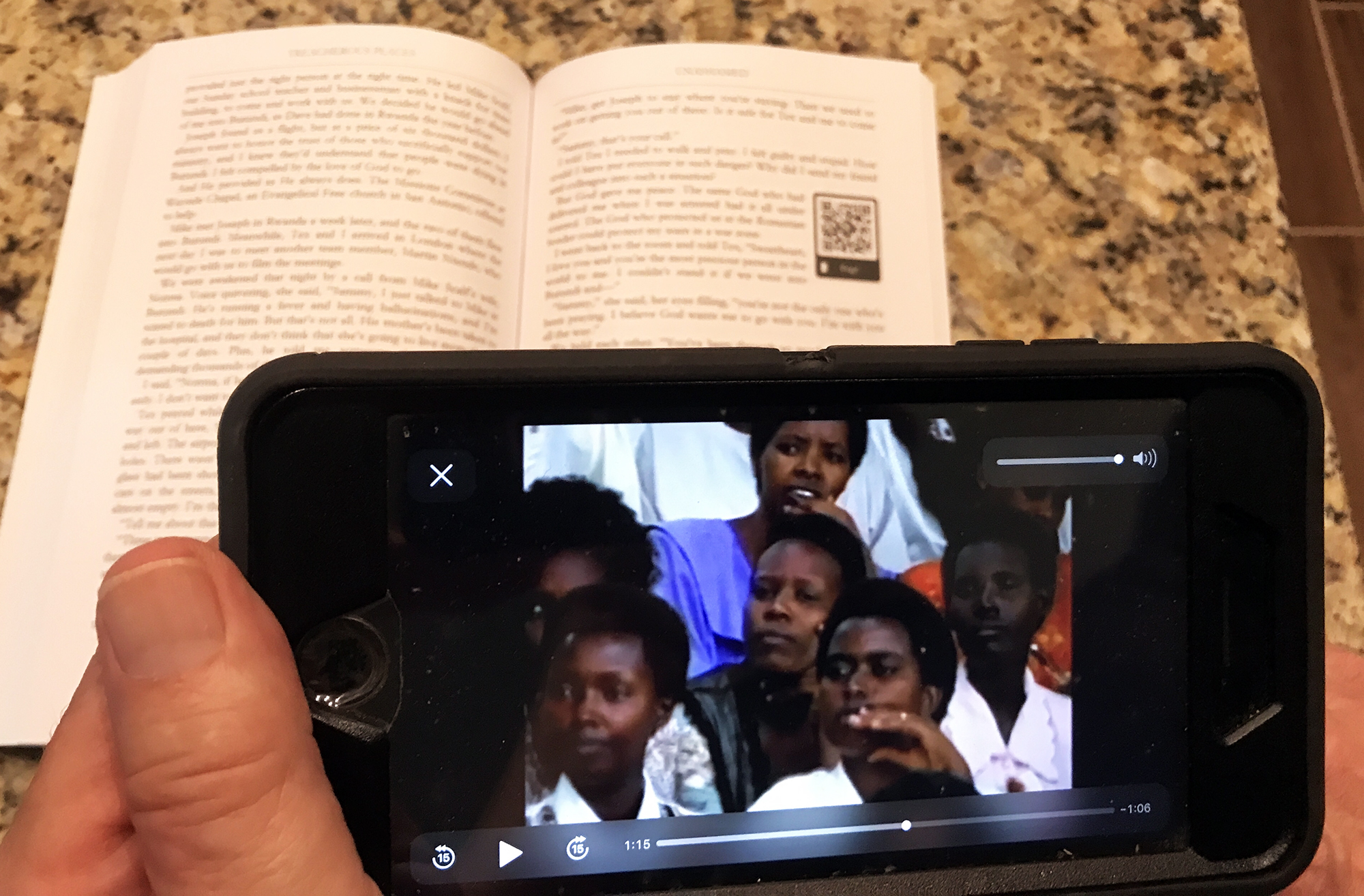 In addition to evangelistic preaching, discipleship resources by Tippit are translated into Hindi, Punjabi, Romanian, Russian, Portuguese, Farsi, Italian, Mandarin, Arabic and Spanish, with three more languages on the horizon.

He and the board of directors of Sammy Tippit Ministries made a decision three years ago “to pursue technology and get the Gospel out through technology,” said Tippit, the new president of the Southern Baptist Evangelists organization.

Tippit, in evangelistic ministry since 1970, started using technology in 2015 when “Jolly” Singh, a pastor in northern India’s Punjab state, asked Tippit to use Skype to disciple several new leaders.

“For three weeks, four nights a week, I would disciple these 40 young men and women in India,” Tippit said of the outreach through the free Skype app for smartphones or computers that allows for face-to-face conversations.

“They watched me on TV. Then Jolly said, ‘I think we can have an evangelistic meeting through Skype,’ and I said, ‘Let’s try it.'”

Tippit used his computer and an attached microphone. Singh used a projector and screen. Tippit has learned, over the 12 years he has partnered with Singh, to pace his words so Singh can translate them even when they’re not together on a platform.

“Churches were following up with these people but we knew they needed help,” Tippit said. “Most making commitments were young people, young adults. So we made a Facebook page — two pages, one in English and one in Punjabi — and started putting discipleship videos on them.”

Via the free social networking site, Tippit’s team uses lip-sync technology and a professional level of language on Facebook for translating 365 discipleship segments he has written and videoed from his office.

“We had 500,000 views of these videos in January 2017,” the evangelist said. “Every day there was a new video on basic discipleship teachings: walking with God, developing a time alone with God, a prayer life.”

By March 2017, Tippit realized he “was onto something really big.” His team started adding Facebook pages in other languages and the numbers grew to 2.5 million views of discipleship material in August 2017 and 6.5 million views in January 2018.

“I had to learn how to do this,” Tippit recounted. “I was in Brazil in October 2016, preaching conferences with the Brazilian Baptist Convention. Their director of evangelism is a young guy [who] took his phone and streamed [the conference] live on Facebook. When I got ready to leave Brazil, my translator’s father said, ‘I watched you every night on Facebook, and last night I gave my life to Christ.’

“And this is what blew me away. The man serving our coffee said, ‘Yes, I watched too, and I gave my life to Christ too.’ I knew nothing about Facebook, but I said, ‘We need to do something about that.'”

Tippit’s ministry pays $20 per day to “boost” a Facebook video to a specific Arabic-speaking target audience, “and we have 20,000 people a day watching our videos,” Tippit said. “It costs one-tenth of one penny to reach one person a day in the Arabic language.” They do not “boost” any other languages at this time.

Iran blocks Facebook, but a Christian television station beams Tippit’s discipleship videos into that Mideast nation, which are watched by at least 5 million people a day in Iran, the station tells Tippit. Other stations beam the Facebook videos into southern Italy and India.

“Facebook is for discipleship; Skype is pure evangelistic,” Tippit said, referencing his ministry’s work in India. In November 2017 in Punjab state, he preached via Skype twice, to 10,000 and then 15,000 people, followed by an outreach this spring, 2018, to 20,000, and in late May to 25,000 — all broadcast via a laptop and microphone from his office.

“We’re having incredible responses,” Tippit said. “We’re also having smaller meetings in regions where they don’t have churches, bringing Christians together and helping plant churches through a partner group of likeminded believers.”

Tippit also has started a mentoring group with young evangelists around the world using Zoom, a cloud-based video conferencing chat and webinar tool that, depending on the level of service, is free or $14.99 or $19.99 per month for advanced versions.

“I’m targeting young evangelists,” Tippit said. “We need a younger generation. I’m hoping now being president of Southern Baptist Evangelists to start something in the U.S. with them. We’re going to reach out to colleges and seminaries for people who have that passion in their heart and lives.”

Tippit’s team is creating language-specific websites for each of the Facebook discipleship pages that will have a written text devotional, discipleship materials and video devotions.

“Every day a whole new page will come up, so a person can go there daily and have their devotional time,” Tippit said. “If at some point in time social media [Facebook] says, ‘You can’t do this,’ they’ll have the website.”

It costs up to $30,000 to translate 365 discipleship videos into a language and $600 per month for website maintenance. In all, Tippit’s organization has spent $655,000 over the last three years on technology.

Tippit’s new autobiography, “Unashamed: A Memoir of Dangerous Faith,” written with Jerry B. Jenkins, becomes available June 30, tracing his life from Louisiana to Chicago to Germany to Romania to Rwanda and more than 80 nations as he has shared the Gospel amidst revolution, genocide, gang wars and more.

In addition to Tippit’s life story, Unashamed includes 51 QR codes that go to additional voices to provide added perspective, even seeing actual events as they unfolded, such as when al-Qaida threatened to bomb the stadium where Tippit was preaching to kill him, video broadcasts of the Romanian revolution and 49 more.

Quick Response (QR) codes are easily read by a smartphone, linking to information from another information source to make the information easily accessible.

“It’s a pretty neat thing,” Tippit said. “The technology allows us to do something unusual.” It’s an information tool that’s been around since Gene Getz used it in 2011 with his Life Essentials Study Bible but has not become a staple of the publishing industry.

“I think the Lord is leading me in areas of technology in ways we’ve never done it before,” Tippit said. “Most of what people know about me [in the U.S.] is that I go to places no one has gone and preach the Gospel. These technology guys, they’re all young guys. They just need someone to say ‘charge.’ That’s what I want to do here in North America.”