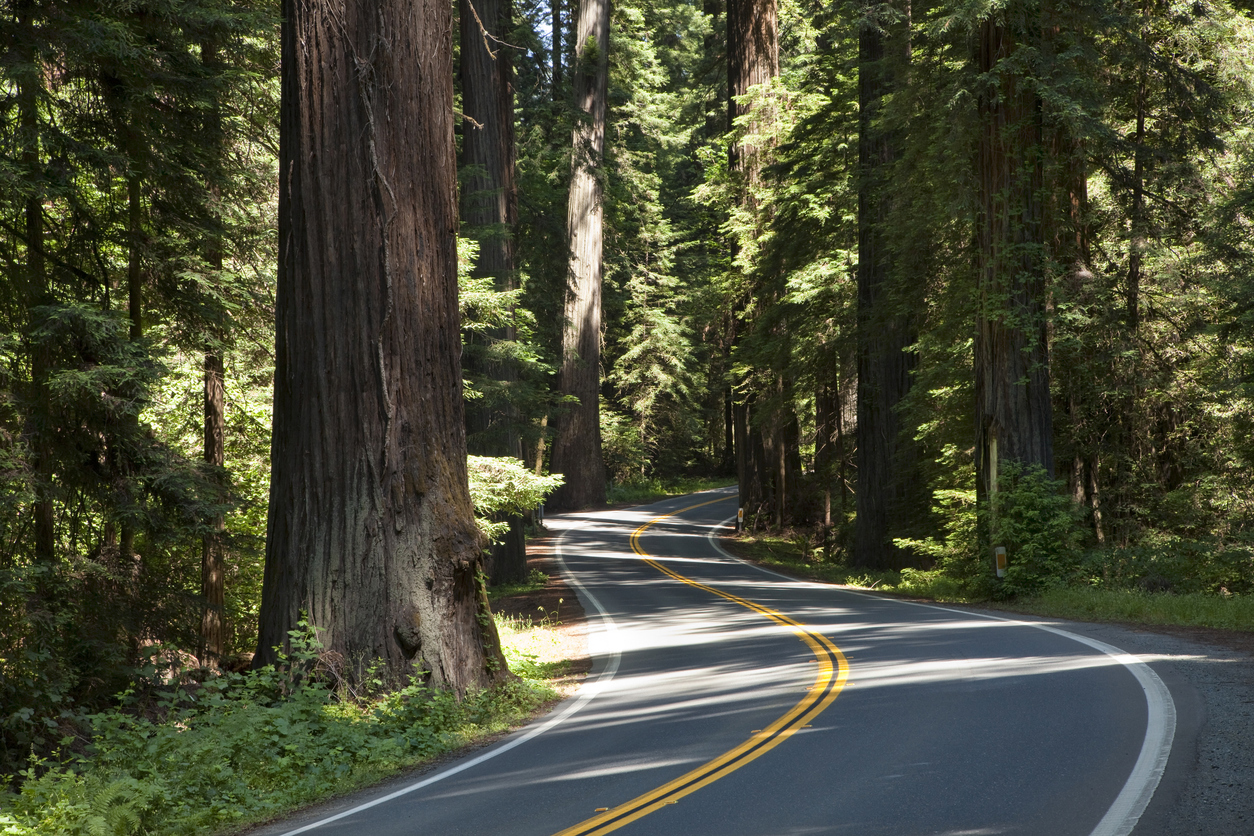 REDWAY — With the town’s two other churches now closed, members of First Baptist Church in Redway know they are the only ones holding back a sea of secularity in southern Humboldt County.

It’s an ever-widening sea; one that doesn’t have a shoreline or other boundaries holding it in place.

“Our church family in Redway is a group of wonderful, dedicated people who get out of their comfort zone to reach our community,” said Dave Seaford, pastor for the last two years. “Personally, I think they are the story.”

Seaford’s apologetics ministry provides additional opportunities for the church to bear witness to God’s power and grace in what is known as the nation’s marijuana Mecca.

“At one time there were three very healthy churches in Redway and now we are the last church standing,” Seaford told the California Southern Baptist. “Our membership feels the burden of that truth and genuinely wants to be effective.

“Most Christian young couples are simply moving away as they don’t want to even attempt to raise children here,” he continued. “That means we don’t have many young couples to engage their contemporaries, and the ones who attend, but are not members, are actually part of the industry in one form or another, and their livelihoods have become dependent on marijuana.”

About 45 people participate in Sunday morning worship at First Baptist. Nearly all of them are actively engaged in reaching out to people in and passing through their community. Seaford also has more than 2,500 “friends” on facebook, extending the church’s reach globally.

But to start at the beginning of First Baptist’s latest chapter: the church organized in 1952, was without a full-time pastor for three years. Seaford was pastor of Southern Evangelical Church in Charlotte, NC, founded and pastored by the acclaimed Christian scholar Norm Geisler.

Like Geisler, Seaford traveled the world, preaching and teaching on Christian apologetics and systematic theology. At the same time he was pastor of a church where about 150 gathered for worship each Sunday.

The 20 or so members then attending First Baptist in Redway, knowing they needed a strong counterpoint to the free-thinking mindset of most of the people in the area, approached Seaford, who after three visits with his wife, Elva, determined in 2014 that God was leading them to the North Coast of California.

The couple lives in a camp trailer on the church parking lot. Seaford spends his days studying and interacting on the streets of Redway with area residents and transients.

“The (church) people here tried to make us aware as best they could … but you really don’t know until you get into the middle of something what exactly it entails,” Seaford said. “There are up to 700 homeless in the southern part of the county; as many as 80 to 100 children living in the homeless camps.”

Seaford commended church members — some aging, others part-time workers — who “sacrificed to bring us here.” He has trained them in evangelism and apologetics over the last two years.

He started by leading a 12-week study on the “Roman Road,” an evangelistic witnessing tool that uses passages from the Book of Romans.

“We use the Bible to teach them how to do evangelism,” Seaford explained. “‘You’re a sinner, you’re separated from God, and you need a Savior.’ Nobody knew how to do any of that.”

He also led members to role-play what they were learning, and the “next stage was for me to take people out and follow me around; listening, learning and doing on the street for three months. That gave them field work. They would run into problems, issues, questions.”

Debriefing provided more training opportunities with an apologetic emphasis — everyone learned from everyone else’s experiences. Which led to a six-week study on apologetic issues before a return to the street.

“There was a building of confidence,” he explained. “I want them to learn to mentor. We’ve given them opportunities Sunday morning to speak and they say, ‘We’ve seen God move,’ and that encourages others.”

Today, at least half the congregation serves on one of the church’s CARE teams: community outreach, prison ministry and communications.

“Each of these groups has their victory stories and many of them are dramatic,” Seaford said

“The communications team has written more than 1,000 cards,” he noted. “Often they’re little more than ‘We’re praying for you,’ but they make an impact. We’ve had people tell us, ‘Nobody has ever sent me a card in my entire life!’ All these are opportunities to plant seeds in peoples’ lives, and now our servants are trained to do just that.”

He’s doing what a pastor ought to be doing, Seaford asserted.

“Pastors are to teach the work of ministry (and members) are to go out and do the ministry,” he explained, citing Ephesians 4. “If we just follow what the Word of God has to say — equip the Body of Christ for ministry — then we would have fewer formalized programs that end inside the church walls and more equipped Christ-followers on the streets sharing their faith, winning souls and discipling those souls toward God’s calling on their lives. … If we take that as the core of our calling, evangelism is a very natural byproduct.”

Equipping First Baptist members was a first step. “Why” conferences this September at the church and at Calvary Baptist Church in Eureka followed.

The conferences — with 110 in attendance — brought together 22 Northern California churches to see apologetics in action. Everyone in the area was invited to engage in dialogue about the question, “If there is an all-powerful, all-knowing and all-loving God, then why is there evil in the world?”

The two-hour event continues to provoke conversation, said Seaford, who led the discussion.

“There were a large number of antagonists, and a number that were just truly curious,” he noted. “We tried to defend the God of the Bible. I used His attributes to define who the Bible says God is (such as) love, mercy and grace … and used them to show why evil continues.”

Seaford used eight characteristics of God, the same ones antagonists use when they make their arguments, he said. He then used those attributes to show why the antagonist’s conclusions were misguided.

“The conferences continued the conversation in the community and in the churches,” Seaford noted. “Most communications from the conferences are e-mails to ask other questions. One man who is stationed in Syria as a peacekeeper has been engaging me on facebook, in an effort to be better prepared to share with the Muslim population there. He’s from Texas, saw (the conference) online and has been watching it with his friends.

“The fact that our people in Redway church would step up and go out and do the one-on-one engagement with people here about the event made (it) a success,” Seaford continued. “That’s the reason we had the good mix of people at the conferences.

Those personal invitations provided for that free-flowing environment that allowed good communication to take place, and to answer Isaiah’s and the Apostle Paul’s call to ‘come let us reason together.’”

More apologetics conferences are planned for 2017.

“I continue to struggle to find a strategic approach that truly addresses the spiritual issues, that can also be undertaken with such a small group of aging Christians,” Seaford confessed. “At least once a week I take time to walk the streets and engage people who are here from all over the world to work in the industry, trying both to make a dent and get a better understanding of the mindset and worldview that seems so incongruent with reality.”