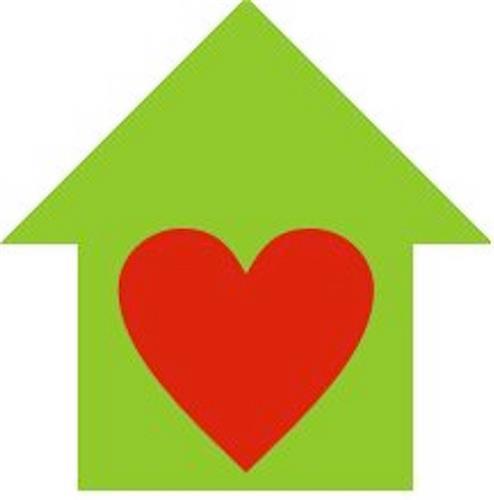 Reaching out to victims of domestic abuse

RED BLUFF — Pastor’s wife Carol Brandt felt helpless for 20 years as she watched a woman caught in the snare of domestic violence.

When the woman finally broke free, and Brandt saw her change, she saw that with intervention and God’s help, domestic violence victims could be rescued.

She talked with her husband, Clyde, and they prayed for God’s direction. As they shared their concern for victims of domestic violence, family members, friends and others said they wanted to be part of such a ministry.

About a dozen people gathered at the Brandt’s home in the fall of 2007 and pooled their ideas and expertise, though all any of them knew about ministry to victims of domestic violence was that “they need someone to care and show them there is a way out of the abuse,” Brandt said.

They came up with a name: Homes of Hope for VIDA — Victims In Domestic Abuse — which means “life” in Spanish.

“We felt the Lord gave us our name,” Brandt said. “This was going to be new life for these victims.”

Within a year they had “filled out a mountain of paperwork,” incorporated and acquired the 501c3 non-profit status that enabled people to make tax-free donations to Homes of Hope for VIDA.

Since the ministry’s early days, eight women and perhaps a dozen children have been helped.

“I just trust the Lord to bring us who He needs us to help,” Brandt said. “We haven’t had to turn anyone away.”

Homes of Hope for VIDA assists women with children, and is open to assisting men with children — about 15 percent of domestic violence victims are men — though no men so far have asked for the ministry’s help.

Many domestic violence survivors leave their abusers with nothing but the child or children in their arms, so in addition to assisting in the payment of rent and utilities, Homes of Hope for VIDA brings in everything needed to set up a home.

“It costs a lot to be able to house a woman,” Brandt said. “Some come with nothing. We usually get on the phone and start calling around. … It’s amazing how the Lord has provided.”

Clyde Brandt, who retired last year as pastor of First Southern Baptist Church in Red Bluff, after 49 years in ministry as a pastor and director of missions, partners with his wife in Homes of Hope.

“We’ve always believed we work together in ministry,” the retired pastor said. “We just work side by side in whatever we do. … I think a lot of what I bring into the mix is my experience, the knowledge I’ve gained in dealing with families and what their needs are.”

Even before the original group meeting in their home in 2007, Carol Brandt had read “The Refuge: A pathway out of domestic violence and abuse,” by Donald Stewart.

“It was just so full of good information,” she said. “I saw women and also men in that situation.

“The book also talked to pastors,” she continued. “It told them what to look for and how to minister in the midst of it.” Since then, Brandt has read perhaps 30 books on the subject of domestic abuse, and with the wisdom she has gleaned, has developed a series of classes for women, and another for men.

Future plans include developing a class for children and teens who endured an abusive home.

The first thing Brandt did was to train mentors to work one-on-one with a woman to get them stabilized in their new home; the mentor remains in contact with the woman throughout and even after her stay with Homes of Hope.

The mentor also helps with everyday issues that come along, such as how to write a check, how to plan meals and money management.

As soon as they are settled, the woman goes through a “Boundaries” class.

“At the same time or shortly after Boundaries, we get them started on Bible study,” Brandt said. “We believe God is the answer for no matter what is going on in their life.”

The Bible study is called, “A Woman who Hurts and a God who Heals.”

“Growing Kids God’s Way,” a guide to successful parenting, follows Boundaries. Other classes include overcoming co-dependency, fool-proofing your life, becoming God’s woman and more. The women also become involved in the church of their choice, with weekly worship attendance expected.

Since the women live in their own place — rather than in as-yet nonexistent ministry housing — they live within “guidelines” such as “no men overnight” rather than strict rules; but “every one of our women has seen the benefits of our program,” Brandt said, ruefully adding, “Except one, who got a boyfriend and may be back on drugs.”

Some women are ready — employed, stable — within six or seven months to go out on their own. Others need up to two years — perhaps longer if in college — to move on so another domestic violence survivor can come in.

In the future, Homes of Hope would like to purchase a small apartment complex, where as many as three families that have escaped domestic violence can start a new life, with a fourth apartment for an onsite mentor.

“We need to start putting aside a bit every month into a building fund,” Brandt said. But that’s hard when the ministry’s income is less than its budget.

In addition to donations, Homes of Hope for VIDA sponsors various fundraising activities, such as a winter dinner and spring festival. On Oct. 24 they will host the second annual Brides March, where women wearing wedding dresses gather sponsors for a half-mile walk over Turtle Bay Bridge in Redding, symbolizing the purity and hope of the wedding day, with the dirt that begins to cover the dress during the walk symbolizing the destruction of the commitment to be a loving spouse.