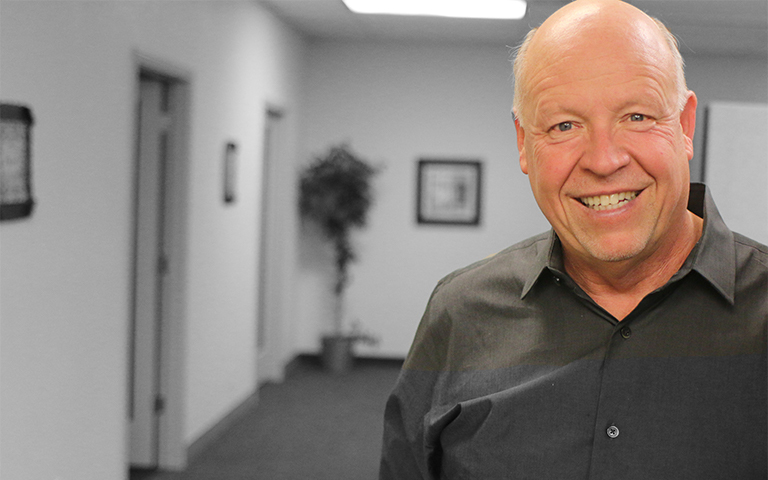 FRESNO — With hundreds of Southern Baptist churches permanently closing their doors each year, church revitalization efforts are more important than ever before.

As the new leader of the new church revitalization initiatives team, former pastor and church planter Ralph Neighbour is working to breathe new life into California Southern Baptist Convention congregations that are plateaued or in decline.

“We are at a critical intersection as California Southern Baptists,” Neighbour asserted. “The stats tell us that 80 percent of our churches are plateaued or in decline, so we’ve got a lot of work to do. But I’m very excited about jumping in and making things happen.”

Neighbour’s enthusiasm for church revitalization is undeniable. And as a seventh generation pastor, he is certainly no stranger to ministry challenges. In his more than three decades of ministry experience, he has served on staff with several congregations and started multiple churches.

He explained that his team’s primary objective is to provide practical assistance and resources struggling congregations need to alter their trajectory.

“Our team does triage. Using ‘Count the Cost,’ a tool Dr. Bill Agee developed, we help churches get a clear picture of their current situation and then provide them with a road map to a better future,” Neighbour said. “Our desire is to work with the director of missions in the local association to help the churches find resources for their next step.”

As part of the revitalization process, Neighbour’s team will offer Count the Cost training throughout the year.

“It’s very important for pastors to start by (attending training) so they understand what they’re getting into,” Neighbour said.

After they have completed the training sessions, pastors are given the opportunity to work with the team in a one-on-one setting to develop a revitalization plan that is tailored to the congregation’s needs.

“We sit down individually with pastors and help them develop a game plan,” Neighbour said. “And then we work to bring resources to help the pastor do his job in reaching his community.”

With the high number of California Southern Baptist churches experiencing decline, Neighbour emphasized that his team’s mission is both crucial and urgent.

Neighbour said he is confident many California pastors and church leaders will take advantage of the help his team offers. In fact, he predicted that keeping up with the demand will be his team’s greatest challenge.

“Churches are hungry, and we strongly believe that what we have is going to help them,” Neighbour said. “We have 2,300 churches and 80 percent are declining. One of the biggest difficulties is going to be finding ways to help all these churches that I know are going to be on our doorstep.”

Eventually, Neighbour plans to train additional coaches, which will allow his team to expand its reach and help a greater number of churches.

“We’ll need pastors and retired pastors in the field who can be our ‘boots on the ground’ assisting all the pastors coming to us,” Neighbour said. “But we will still keep in touch with (the churches) and monitor their growth.”

Neighbour said the most rewarding part of his job will be seeing declining congregations regain health and start to grow.

“I don’t see every church becoming a megachurch,” Neighbour said. “I just want churches to catch the wind of God’s Spirit and begin to grow. I’m praying that in the next five years we’ll see our Convention turn a corner from being dominated by decline to being dominated by growth.”