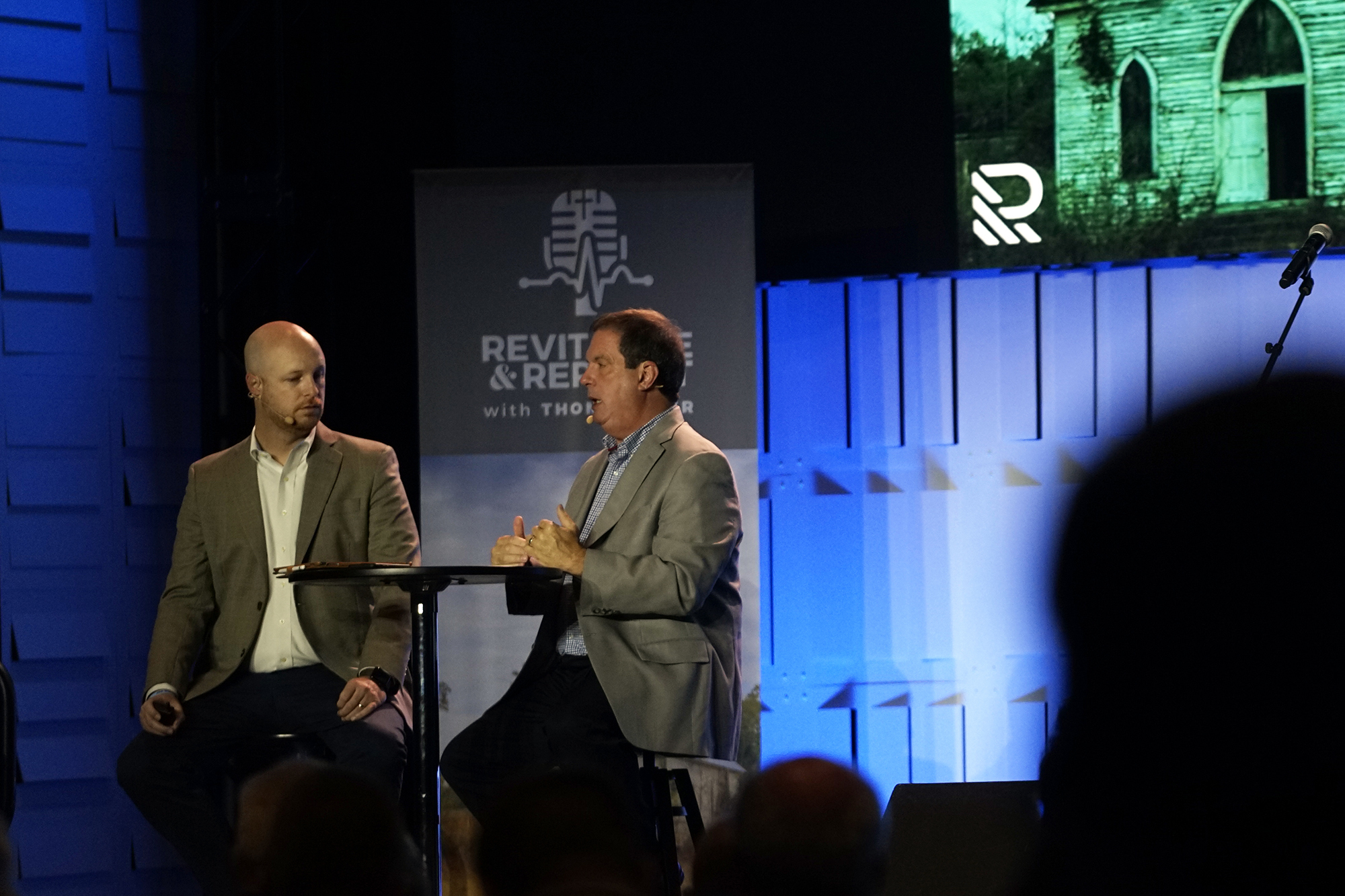 DALLAS (BP) — Is our denomination dying?

That was the question posed at the LifeWay Christian Resources breakfast attended by 1,100 registered guests during the 2018 Southern Baptist Convention annual meeting in Dallas.

Attendees may have been surprised to hear LifeWay President Thom S. Rainer say yes, the Southern Baptist Convention is dying. But they also heard him lay out hope for the future of the SBC as well as for local churches that also may be in decline.

“Right now, the SBC is on a trajectory of decline and slow death,” Rainer told a packed room. He cited the recent Annual Church Profile that showed a decline in membership for the 11th consecutive year and a drop in baptisms for eight of the last 10 years.

Things have to change, Rainer said, noting that Southern Baptists can maintain their theology while adapting their methodology.

“LifeWay people hear me say three words more than any others: Change or die,” Rainer said. “We keep God’s Word as our unchanging foundation but we must change how we do things.”

Rainer maintained that “ministry is harder now than it used to be.” In the past, he said, churches could grow by drawing in nominal Christians as there was still a cultural benefit to church attendance. “That is no longer the case,” he said.

Many churches rightly jettisoned a programmatic approach to evangelism but failed to replace it with anything else, Rainer asserted. “Instead of reaching out,” he said, “they became inward-focused.”

Yet Rainer was optimistic about the future as he spoke at the breakfast with Jonathan Howe, director of strategic initiatives at LifeWay and co-host of the “Rainer on Leadership” podcast.

Rainer noted the importance of personal evangelism — including pastors and leaders — in seeing a denominational renewal. “The way to turn things around is if every member of every church will answer the call of the Great Commission and say, ‘Here am I. Send me,'” he said.

Rainer shared how he was called to pastor a rural church with only seven members that hadn’t baptized anyone in 25 years.

“After spending weeks railing at these people for not doing anything to reach others,” Rainer said, “God challenged me. ‘What are you doing personally?'”

Rainer made personal evangelism a priority and started to see new people come to Christ who then reached more new people. “This church of seven people grew to a church of 70 because we started to reach those around us,” he said.

It’s those rural churches and neighborhood churches that Rainer believes will give the first signs of whether the SBC will see a turnaround, Rainer said.

“If we see a revived interest in evangelism and discipleship there, we will not only see a revived denomination, we will see revival in our country.”

But that comes from churches reaching their local communities. “Your church’s address is not an accident,” he said. “God placed you there for a reason.”

Rainer repeatedly stressed the importance of the local church throughout his presentation and in answering questions at the end. “Change in the SBC will not come from the denomination down — it will start with the churches,” he said.

Matt Boswell, a worship pastor and elder at Providence Church in Frisco, Texas, led worship at the beginning of the breakfast. As attendees were leaving, they received several free resources from LifeWay and B&H Publishing.