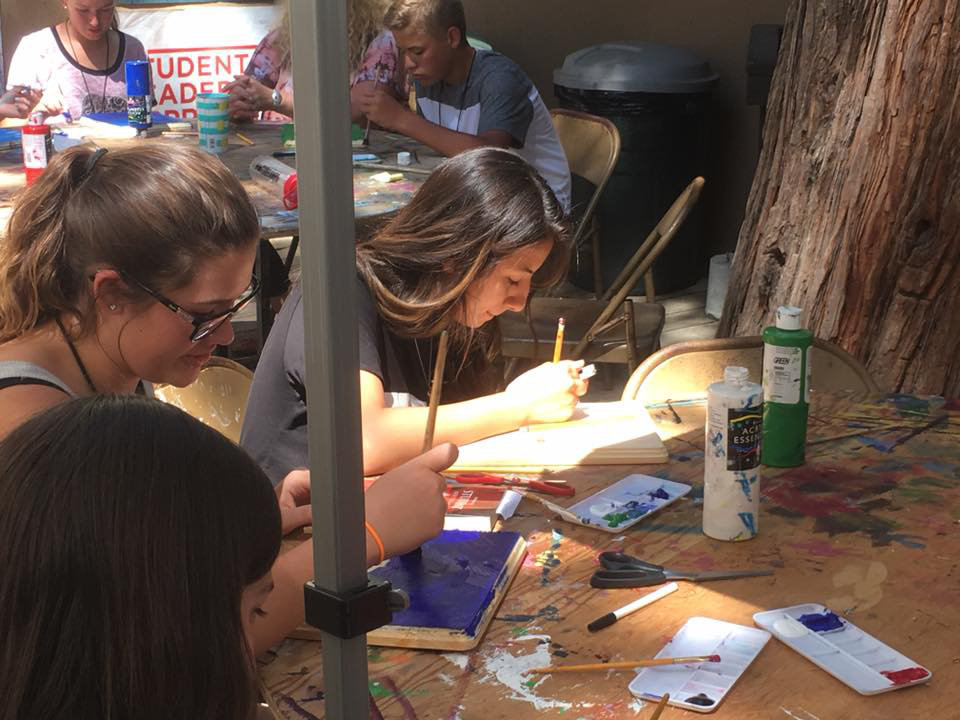 FRESNO, Calif. (BP) — Trinity Southern Baptist Church in Fresno, Calif., had reached a plateau. In the words of pastor Greg Roper, the church had become inwardly focused, maintaining “what used to be” and ministering only to themselves.

Despite continued strength in attendance, active participation in church programs and international mission trips, Roper and other leaders determined about three years ago the congregation was only growing inward

and needed to refocus.

“We’ve been changing the purpose of what we are as a church. We have been deliberately changing things from maintenance focused to outward focused so we can make disciples who make disciples,” Roper told Baptist Press. “We want to be a biblically healthy church. As we began to look at that more and more, we realized our vision and focus had to change to recapture the heart of the Gospel.”

A community-wide “Touch a Truck” event that allowed youth to interact with first responders this past summer is just one of the ways the church is reaching out, engaging with its north Fresno neighborhood. Youth were able to climb over and play on the trucks of first responders, while police, fire, disaster relief and other personnel talked with them and their parents. The first-time event was coupled with an antique and specialty car show and drew about 300 people to the six-acre campus.

Now about half-way through the re-envisioning process, Trinity Southern Baptist Church has changed nearly every aspect of the church’s ministry except for its giving to missions through the Cooperative Program, Southern Baptists’ way of cooperating in the financial support of local, national and international missions.

Trinity Southern Baptist Church has almost always in its history given more than 10 percent of its income through the Cooperative Program. In the last few years it has reached 11 percent. In all, nearly 20 percent of the church’s undesignated income goes for Great Commission causes through Southern Baptists.

“It’s not only the tradition of our church,” Roper said. “Our people understand the principle of doing together cooperatively what we can’t do just as a single church.”

Church members are generous about giving to missions, Roper said, noting their support of the California State Missions Offering, the Lottie Moon Christmas Offering for International Missions and the Annie Armstrong Easter Offering for the North American missions.

In the congregation’s focus on outward growth and ministry, leaders called in Paul Borden, a consultant with the nonprofit Growing Healthy Churches. In Borden’s July 2015 report of his findings to the church, he listed five strengths and five concerns.

Excellent preaching, a desire for change, abundant resources, a strong desire to reach the community and an appreciation of evangelism were counted as strengths, with Borden noting among resources the church’s excellent history, updated facilities, abundance of space, lack of debt and about 300 members.

“The congregation for the most part understands it is to be evangelizing and reaching out to lost people, even though such is not happening regularly or with any consistency,” according to Borden’s report. Spiritual disobedience by not reaching out in evangelism, no clear mission or vision statement, a lack of accountability for leaders, a lack of prioritizing key ministries, and a lack of strategic and tactical planning were noted as areas of concern.

Steps already in place to return to spiritual health include revising the church’s bylaws, its organizational structure and the mindset of its members.

“We’re changing the focus of every ministry of the church,” Roper said. “Every ministry needs to think outside itself, outside the people of the church. We’re trying to impress upon our people to start home Bible studies, have community events in their neighborhood [and] involve their friends and coworkers in activities.”

For example, when the church softball team plays, a guest is encouraged to attend for each member.

“It’s just a sort of radical reformation of the church in order to break out of the plateau of a 60-year-old church in a rapidly-changing demographic,” Roper said. “Our plan is we want to — in the ministry of the church and in the staff of the church — to look more like the community.”

The church is in an older part of north central Fresno that has transitioned from middle-class Anglo to a less-affluent and multi-cultural community. And the congregation remains committed to its current location.

“We want to stay in this community and make disciples in order to be obedient to the Great Commission,” Roper said. “The Christian life is to be a life of appreciation, gratitude, and I think that gratitude turns to a true desire to see the glory of God that is revealed through the obedience of the church.”

About 10 years ago, the church sent out several members to start a new congregation across town, and is in the fourth year of helping sponsor the Anthology Church plant in Studio City, a film and television industry town that is under-churched in southern California.

The church gave at least 300 backpacks filled with school supplies to Viking Elementary School, next door to the church, and allows the school to use church facilities when needed.

Members several times a year provide a noon meal for teachers as a way of saying “thank you” to them. At least the last four years, the school has hosted an after-school Bible club for youngsters who have a permission slip signed by their parent.

It could be children’s or youth programming, or a variety of activities for adults.

“We realize every church has to continually be re-envisioning, to keep up with the heart of the Gospel,” Roper said. “As we move past this plateau we were on, our focus is on disciples making disciples. That’s our mission statement; that’s what God has told us to do.”