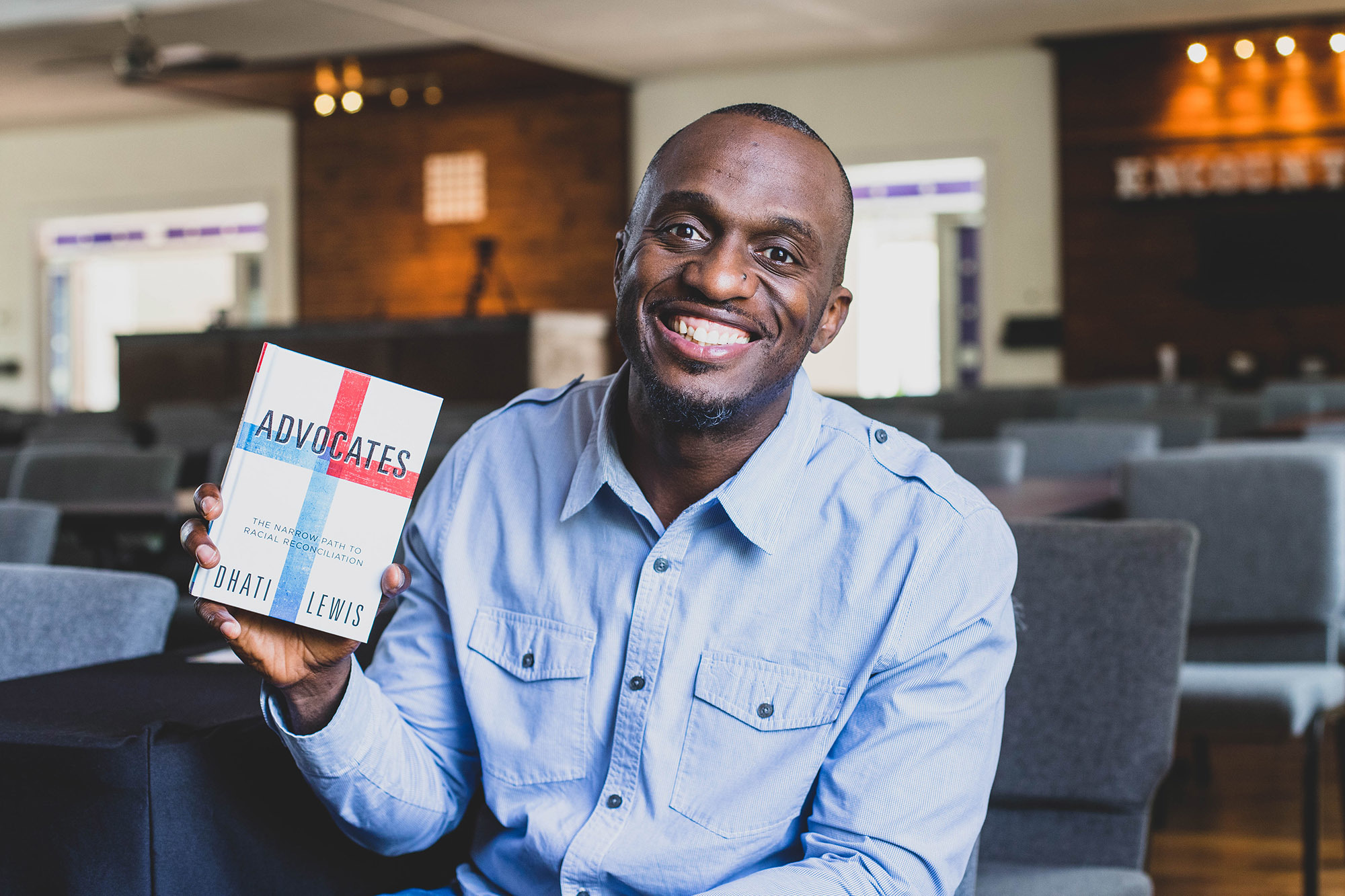 Path to reconciliation focus of ‘Advocates’

ATLANTA(BP) — Dhati Lewis remembers flipping through election night coverage on television, Nov. 8, 2016. He felt captivated by the news cycle as the results started pouring in.

Lewis recalls that night in his new book “Advocates: The Narrow Path to Racial Reconciliation” and remembers a common theme that moved him deeply: “our country is divided.”

As a pastor of a diverse congregation in Atlanta, Blueprint Church, Lewis believed he was going to need to confront those divisions head on in order to shepherd his people well.

The 2016 election revealed divisions in the United States and the American church, Lewis writes. For an African American man with a heart for reconciliation, the eruption that took place that night underscored just how much work needed to be done.

Lewis began by addressing the divisions in his congregation, pausing their current sermon series to focus on the book of Philemon. That became the foundation for Advocates. In order to see tensions heal, Lewis writes, Christians need to take on the role of advocates, who plead for others to be reconciled to Christ and to one another.

“The issue of racial division is close to my heart for a lot of different reasons,” Lewis said about his reason for writing the book. “I’ve always had the desire to run to the tension with a heart for reconciliation; this book is a manifestation of that practice.”

Lewis became a vice president at the North American Mission Board in 2018, leading the Send Network, NAMB’s ministry that focuses on starting new churches in areas that lack a strong, gospel presence. For years, Lewis has seen the need for reconciliation as a key to planting new churches.

“Racial division is a real problem that demands real solutions that can lead to real transformation,” Lewis said. “These divisions that have been caused by racism, classism, sexism and every other ‘ism’ are not new in our time. A lot of the New Testament was written about the same types of divisions that we are facing today.”

Paul wrote the letter to Philemon after the slave Onesimus, a runaway from Philemon’s household, met Paul in prison and came to know Christ as Lord. As a result, Paul sends Onesimus back to Philemon and encourages the two to be reconciled as brothers.

The instruction Paul gives, Lewis writes, unveils three key qualities for an advocate — they rely on Christ, run to the tension, and respond with dignity.

While a Christian advocate will embrace these qualities, the typical, carnal response is to react as an aggravator who instead sows more division because their focus is self-interest, self-preservation or self-vindication rather than genuine reconciliation, Lewis explains in the book.

“When we hold our hearts up to God’s standard, we all fall dramatically short (Romans 3:23),” Lewis writes. “And that’s the beauty of the Gospel. God reconciles even the worst of sinners. So when we engage as advocates, we must come in with an awareness of our own story, our own sin and our own bias.”

For any two groups who are divided over an issue, he notes, the easiest thing to do is to blame those on the other side for the discord. Through his writing, Lewis shows how that realization is not an easy one for any person or group to process. The balance of who’s right and who’s wrong is not always equal, but Christians realize each person shares the responsibility to pursue reconciliation together.

“For us to become advocates, we must do the hard work of facing anything that defines us that is divisive and not of Christ,” Lewis writes, “and be willing to surrender that in place of our identity as children of God and brothers and sisters to one another.”

Advocates can be purchased here through LifeWay.com.