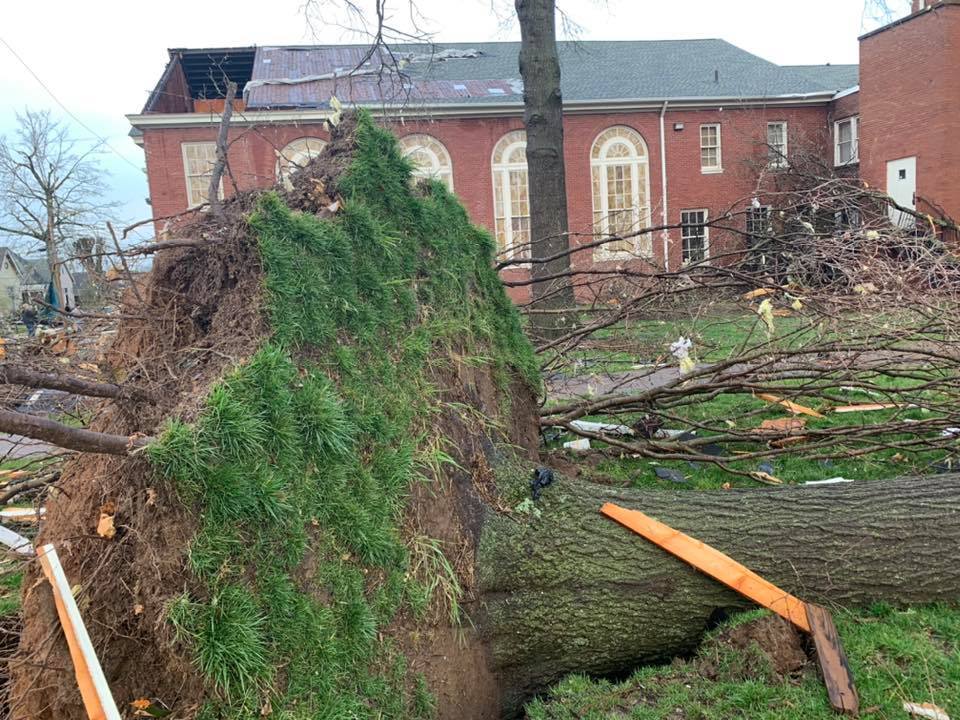 NASHVILLE (BP) — Pastors shared hope and faith in the midst of death and destruction after a series of tornadoes tore through middle Tennessee early Tuesday (March 3), killing at least 22 and damaging businesses, homes and a handful of Southern Baptist churches.

An elderly couple who were longtime members of First Baptist Church of Mount Juliet are among the dead, their pastor Phillip Dunn told Baptist Press hours after the storm passed.

“We do know we’ve had the loss of at least one couple that did not make it through the tornado,” Dunn told BP. “And we have other church family that are assessing their own property damage, that have lost a home, so we’re mindful of them. And then with our facility, a good portion has been touched and damaged; we’re kind of in the direct line.”

A senior citizens’ home on the church property was unscathed, Dunn said, sparing the lives of 90 residents.

“Our greatest loss is always people, not property,” Dunn said of his church that averages about 850 in weekly attendance. “Our heart now is just to pull together as a church family.

“We believe in God’s promises and all of us just really believe that this is the time to just let our light shine and love our community, put our arms around them,” he said. “Buildings can be rebuilt; most importantly, we want to touch lives for God’s kingdom, and this is an opportunity to do that.”

The names of the couple had not been released. Mount Juliet in Wilson County was one of the hardest hit areas.

In Nashville, the tornado tore the roof from the Nashville Baptist Association (NBA), causing rain and wind damage inside the building. At least one church in Nashville, The Church at Lockeland Springs, was heavily damaged, said Rusty Sumrall, NBA director of missions.

“I put a call out to all the other churches, and I’ve called most the churches that I was aware was in the path,” Sumrall said, “and I haven’t heard of any other church that had major damage.”

Area Southern Baptists lost homes, he said, but he has not learned of deaths among Nashville congregations.

“We’ve got crews there (at the NBA) working now,” Sumrall said. “Basically, they’re trying to move stuff out of the building now, to try to save stuff.”

“There’ll be a lot of church members who were affected personally,” Sumrall said. “And I think that will be the greatest thing, just to pray for the churches as they minister through the crises.”

The Southern Baptist Convention Executive Committee headquarters and the LifeWay Christian Resources building, both near the path of the storm, were not damaged. Employees are also safe, according to reports.

About 160 residents of middle Tennessee sought medical help at hospitals after the tornado, according to news reports.