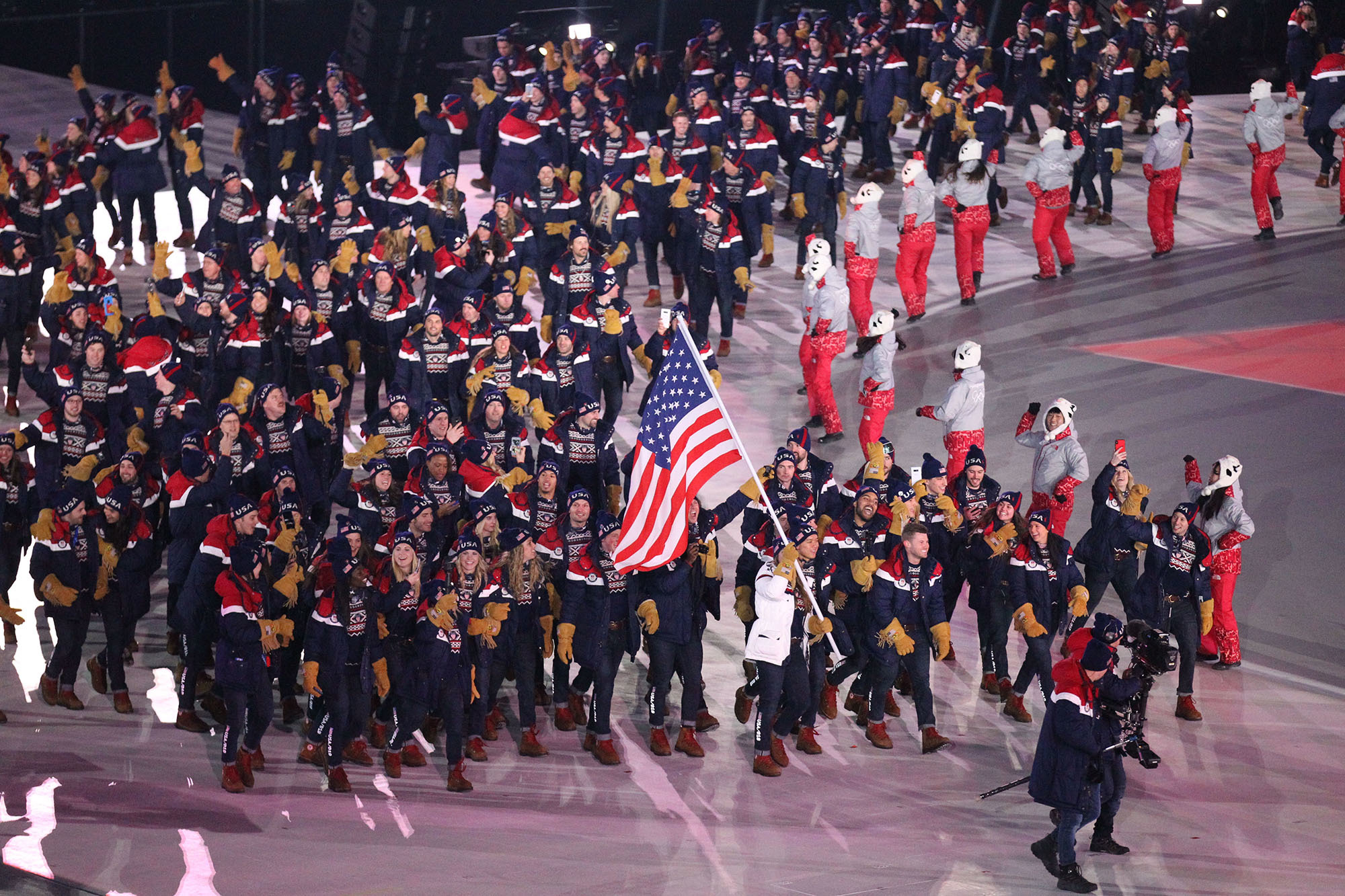 PYEONGCHANG, South Korea (BP) — Rebekah Bradford-Plath hoped that she’d be participating in the Opening Ceremony this year at the Winter Olympics. The speed skater competed in Vancouver in 2010, and after an injury, was attempting a comeback this year.

But her Olympic bid fell short. With a permanent retirement from the sport looming after one final competition in March, Bradford looks back on the one Opening Ceremony in which she participated with fondness.

“It’s a great opportunity to meet other athletes from Team USA from other sports that you don’t get the opportunity to connect with,” Bradford told Baptist Press. “So when I went, I got to meet Shaun White, Elana Meyers and a handful of athletes and be able to follow them throughout the Olympics and watch our successes together.”

The Opening Ceremony — …televise[d] tonight (Feb. 9) in the United States — …celebrate[d] Korean culture and officially kick[ed] off the first Winter Olympics ever held in South Korea. The event marks the first of the next three Olympics to be hosted in East Asian countries, with Tokyo the site for the 2020 Summer Olympics and Beijing hosting the 2022 Winter Olympics.

Snowboarder Kelly Clark is making her fifth Olympics appearance and said she still looks forward to the Opening Ceremony the most.

“That never gets old,” Clark said. “It’s one of the most amazing experiences any athlete could have to represent their country on the world stage and walk into Opening Ceremony with that ‘USA’ on your back. It’s a pretty incredible experience.”

Baptist Press will be reporting from PyeongChang, with stories about some of the Christian athletes competing, like Clark, and stories about the ministry and mission efforts of some Southern Baptists in South Korea in connection with the Olympics.

Noah Welch, a member of the U.S. men’s hockey team, is an instructor for hockey camps provided by Hockey Ministries International and lists John Piper as his favorite person to follow on social media.

On the U.S. women’s hockey team, Gigi Marvin and Nicole Hensley are both outspoken about their faith on their social media accounts. Hensley recently quoted Psalm 18:29 on her Twitter account after arriving in South Korea: “With your help I can advance against a troop; with my God I can scale a wall.”

Marvin, likewise, recently posted Psalm 94:18-19 on her account: “When I said, ‘My foot is slipping,’ your love, O Lord, supported me. When anxiety was great within me, your consolation brought joy to my soul.”

For Bradford, her Olympic experience was the culmination of a lifelong dream.

“I think I’ve watched every Olympics ceremony since I was 5,” she said. “It’s like a rush of emotions knowing that this is your reality at that moment.”

As a Christian, Bradford was able to use the Olympics and the platform it gave her to testify about her faith in the Lord — especially on social media, where her status as an Olympian gave her more followers than she otherwise would have had.

It also led, quite directly, to her meeting her husband. Eric Plath found out about Rebekah because of her success in speed skating. An inline skater, Eric was interested in meeting a Christian athlete, and his coach connected him with Rebekah’s Facebook page. He followed her and later submitted the winning bid for a charity date auction she held.

He drove from Minnesota to Salt Lake City, where Rebekah lived, for their date — and it obviously went well. The two ended up getting married.

Blood clots derailed Bradford’s competitive career, and nearly proved fatal. But she rebounded and has used her platform as an Olympic athlete to raise awareness for bilateral pulmonary embolism. At one point, she had an audience of 600 doctors listening to how she was misdiagnosed for six months.

“I don’t think I would have had the opportunity if I was not an Olympian,” she said.

The tears flowed last month when Bradford failed to qualify for the Olympics in South Korea. She knew that was her final chance to once again compete on her sport’s biggest stage. But as she moves on and prepares for the next chapter of her life, she’s able to look back at 2010 with gratitude.

“The more time goes on, the more I really cherish that moment that God granted me,” she said.