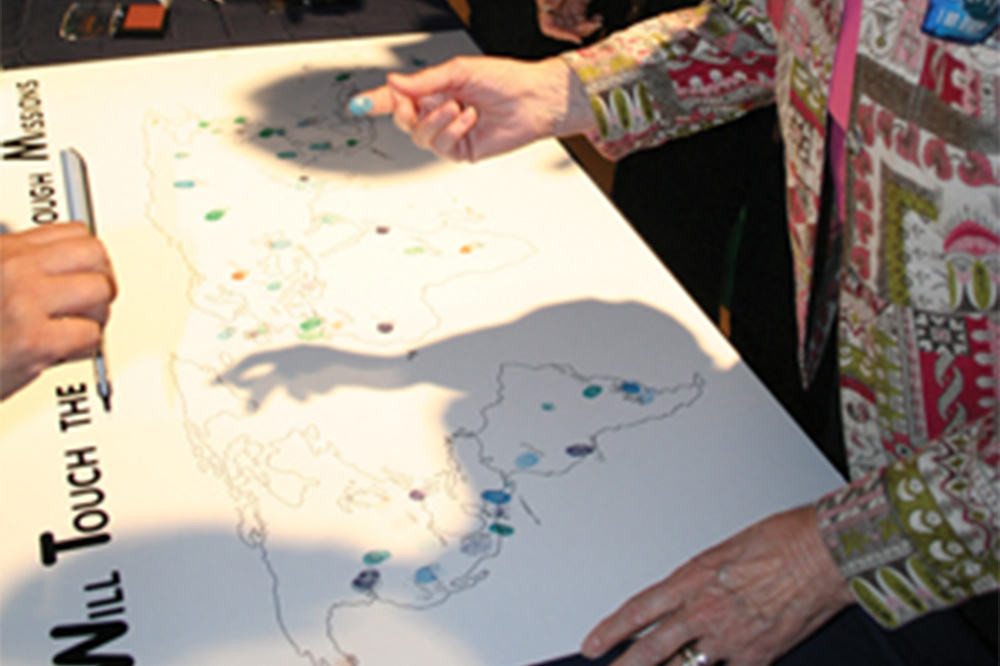 CLOVIS – “Are YOU ready to be California SENT?”

That was the question asked of participants at the 12th annual On Mission Celebration, held this year at Clovis Hills Community Church Oct. 22.

The event featured missionaries and pastors sharing ways they and their churches have been on mission for Christ throughout the world.

Two International Mission Board missionaries who cannot be named for security reasons shared about their ministry in Europe, while Ray and Penny Young, former missionaries to Spain and Portugal, talked about their 10 years of service.

Via video, Joelle Tajima, a student at California Baptist University in Riverside, told the audience about her experience as a Disaster Relief volunteer in Japan following the devastating earthquake and tsunami in 2011. Tajima was trained as a DR volunteer along with dozens of other students from CBU, the first such collegiate training in the nation.

Anthony Dockery, senior pastor of St. Stephen Missionary Baptist Church in La Puente, served as keynote speaker, telling participants everyone is called to go and share the gospel. Rather than asking if they should go, Christians must ask permission of the Father to stay, Dockery said.

Kristi Foss of NorthPointe Community Church in Fresno and Holly Smith of Copper Springs Church in Clovis led worship for the celebration.

At the end of the evening, which was sponsored by the California Southern Baptist Convention missions discipleship group, Mike McCullough, the group’s leader, asked participants to place their fingerprint on a map, showing where they had served or would be willing to go, or areas they would pray for. The map was labeled, “I Will Touch the World Through Missions.”