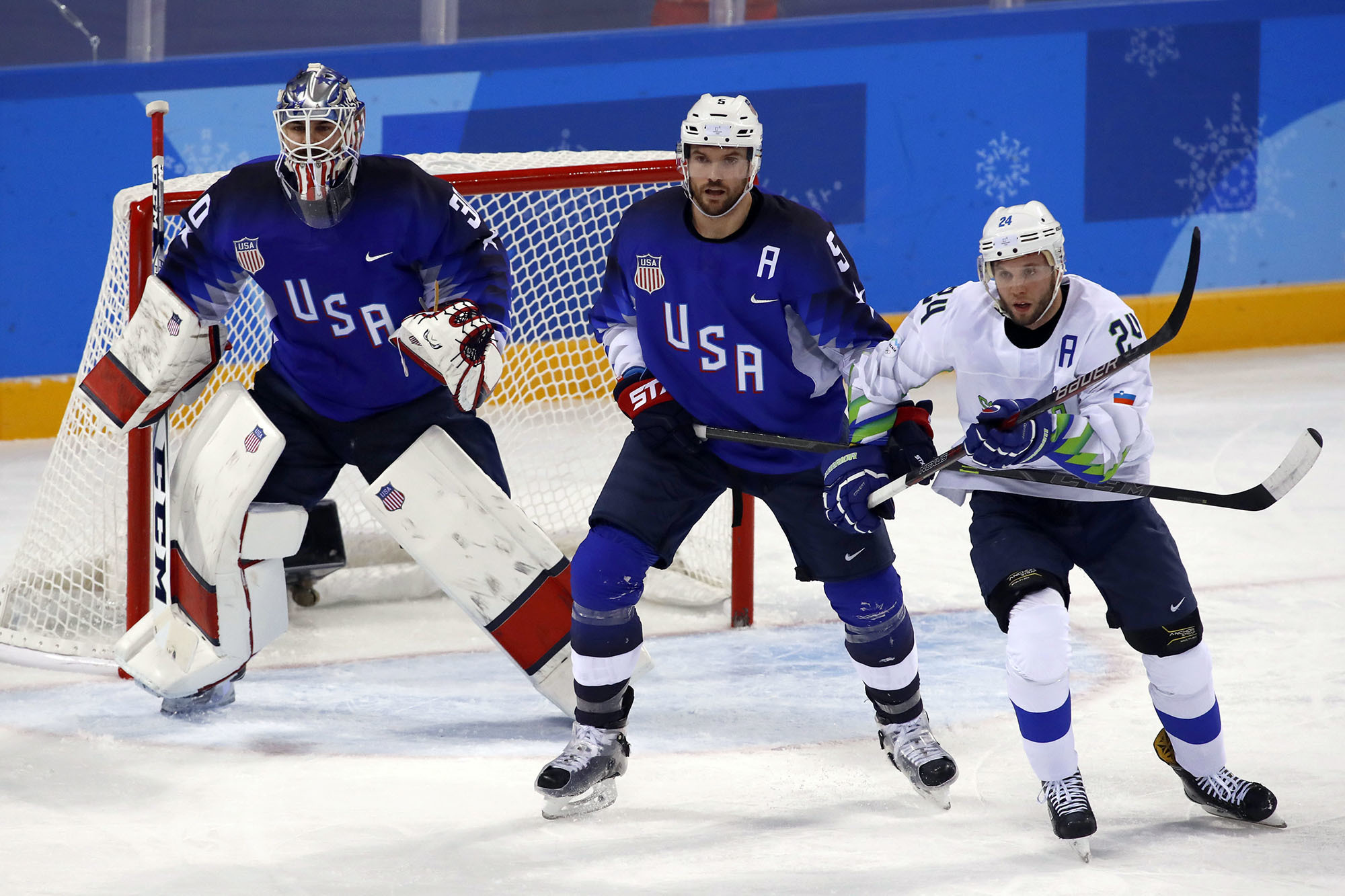 GANGNEUNG, South Korea (BP) — Noah Welch had just signed a two-year deal with the NHL’s Florida Panthers, and the team was expecting their new defenseman to develop and be a key part of their team.

Then only five games into the season, Welch got into a fight with Montreal. His shoulder — dislocated. His labrum — torn. His season — over. His career — threatened.

“At that point in my life, hockey was one of many idols that I had, and probably my main one,” said Welch, a defenseman on the U.S. men’s Olympic hockey team. “I didn’t realize it, but God was using this circumstance to draw me to Him. He took the biggest opportunity that I’ve ever had in my hockey career, and just took it right away from me. He pretty much smashed the idol of hockey.

Though Welch thought the incident had derailed his career, in reality it proved to be the beginning of new life in Christ that has allowed Welch to see hockey in its perspective. As he takes the ice in South Korea during the Olympics, he does so simply with a desire to be faithful and to take advantage of any opportunity he gets to talk about the Lord.

Growing up in Boston, Welch took up hockey because his older brother Kethe played. Welch went to Kethe’s games and eventually began playing himself. His skills developed as he advanced through the youth hockey ranks and the Pittsburgh Penguins drafted him as a high school senior.

Welch had already committed to Harvard, however, so he honored that pledge and spent four years playing collegiate hockey before signing with the Penguins after graduation.

But things in Pittsburgh didn’t turn out the way Welch had expected. He struggled to find playing time, and he remembers getting on his hands and knees one night and praying for God’s help. He wasn’t a Christian at the time.

“I always believed in God,” Welch said. “I think it was more of a God that I made up in my head, and a little theology here and there that I picked up along the way, but it wasn’t the God of the Bible.”

But God had other plans for Welch. He was soon traded to Florida, where, after that season-ending injury, he accepted a friend’s invitation to attend church. Welch had some Gospel influences in his life through an uncle who had witnessed to him and through attending various chapel services with Hockey Ministries International.

That day at church was a life-changing experience.

“That was the day that I realized there was no chance I could stand before a holy and righteous God on my own as a sinful man, and accepted Jesus as my Savior, and believed in who He claimed to be and what He did for me,” Welch said. “I would say that’s the day that I became Christian.”

Suddenly the pieces began to fit together for Welch. The struggles in Pittsburgh, though frustrating, became the reason for his trade to Florida, which put Welch in close proximity to his estranged father. That physical nearness led to forgiveness and reconciliation with his dad.

As for hockey, Welch’s conversion changed his outlook on the sport as well – and, Welch said, has only helped him as a player.

“I have the proper worldview now of what hockey is,” he said. “Hockey is just a game. It’s a great game. I love it. Before [surrendering to Christ], it was more of something that identified me. My identity as a human, as a man came from being a hockey player.”

Welch sees how unhealthy that was, because with all the ups and downs that come with being a hockey player, his attitude and how he saw the world was based on how his career was going.

With a Gospel-centered outlook toward the sport, Welch now sees how God kept him in the game over the years to accomplish His purposes — whether through Welch meeting his wife or through the influence Welch has had on some of his teammates.

Looking back, Welch can see how God orchestrated so many seemingly unrelated pieces of his life to get him to where he is as a professional hockey player on the Olympic stage for the first time.

“I believe God is sovereign, and I don’t completely understand how He does it, but He does,” Welch said. “I still work hard and with joy, praying that His will be done. And there’s a peace in that.”